Two culinary pioneers were in conversation this week at JW3, as Heston Blumenthal and Camilla Fayed engaged in a fascinating debate about the real meaning of food, the hunger crisis and the direction of the veganism movement.

Introducing himself, Blumenthal chuckled, “I’m a chef, I’ve got some restaurants”, whose establishment The Fat Duck is considered among the best in the world. There is of course so much more to his career than that and as this talk showed, he is as much of a food philosopher as he is a chef.

Blumenthal commented that while he and Fayed may carry out different approaches to their menus, they are fundamentally joined by the same principles that as humans we are innate hunter gatherers, whose most intimate relationships are with what we eat and drink.

Explaining this concept through something as simple as baking a loaf of bread, Blumenthal said, “It should be made with patience and love”. Both restauranteurs agreed that connectivity was the key ingredient when it came to creating great food. In the busy world we live in, we’ve moved into a state of eating for convenience, without thinking about where it comes from and what it really means. “We’ve lost that actual gratitude of this beautiful process of something as simple as making bread,” Fayed added.

Fayed opened her Farmacy restaurant in Notting Hill in 2016, setting out to create a plant-based eatery where human emotion is at the heart of everything. “At Farmacy, I have the belief that moods are infectious,” she said. Talking about how the working environment of the kitchen can impact on food, she explained that she would rather have an unhappy chef go home than cook a meal in a bad mood.

She noted that the rise in veganism and growing awareness in what we eat is tied to peoples’ greater understanding of the climate crisis. Many are only just starting to wake up from a slumber to the devastating effects of what is happening – hence why plant-based eating is starting to become more common, and many more public figures are preaching sustainability, something which Fayed said could only be a good thing and is part of a wider trend of changing sentiments, even in the few years since she opened Farmacy.

There was also an onus on people of her and Blumenthal’s standing to use their platforms wisely and teach sound advice around food. “It’s not about radicalising the way we eat – it’s just about introducing solutions,” Fayed said. “People in your position and my position…can use our imaginations to show that there is a way out and that it’s not all doom and gloom.”

Blumenthal talked about how his restaurants were just one part of his strategy to make the world more aware of what they eat. He has helped undertake a review of education policy on food in the UK, rewriting the GCSE for food and nutrition with OCR examination board, while also campaigning to make it a compulsory part of the curriculum alongside the staples of maths and English.

Asked by a member of the audience to explain what healthy eating actually entailed, Blumenthal said that it ultimately boiled down to our relationship with the food process itself. Building on this idea, Fayed added that “It’s our human right to farm naturally”. This means empowering ordinary farmers, moving away from the industrialisation of the food manufacturing process and providing healthy food at a better cost that is not just the preserve of the elite.

Looking at this world view, Blumenthal continued, “It’s a human right to be able to get some food “In this day and age, there should be no excuse for anyone starving to death…That needs to come first. Then we can look at the problems with overfarming and bleaching the soil.” It was this pertinent thought which concluded a fascinating and provocative talk at JW3. 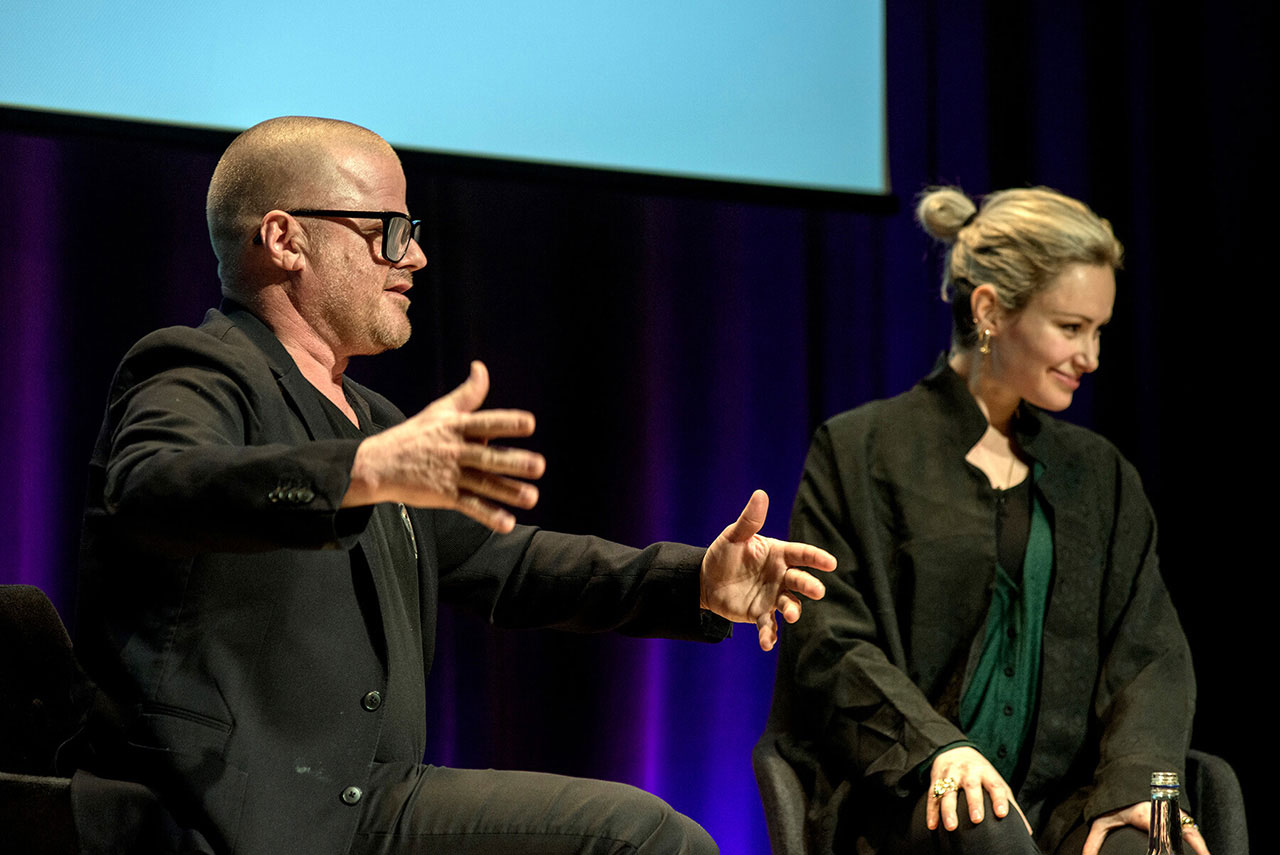 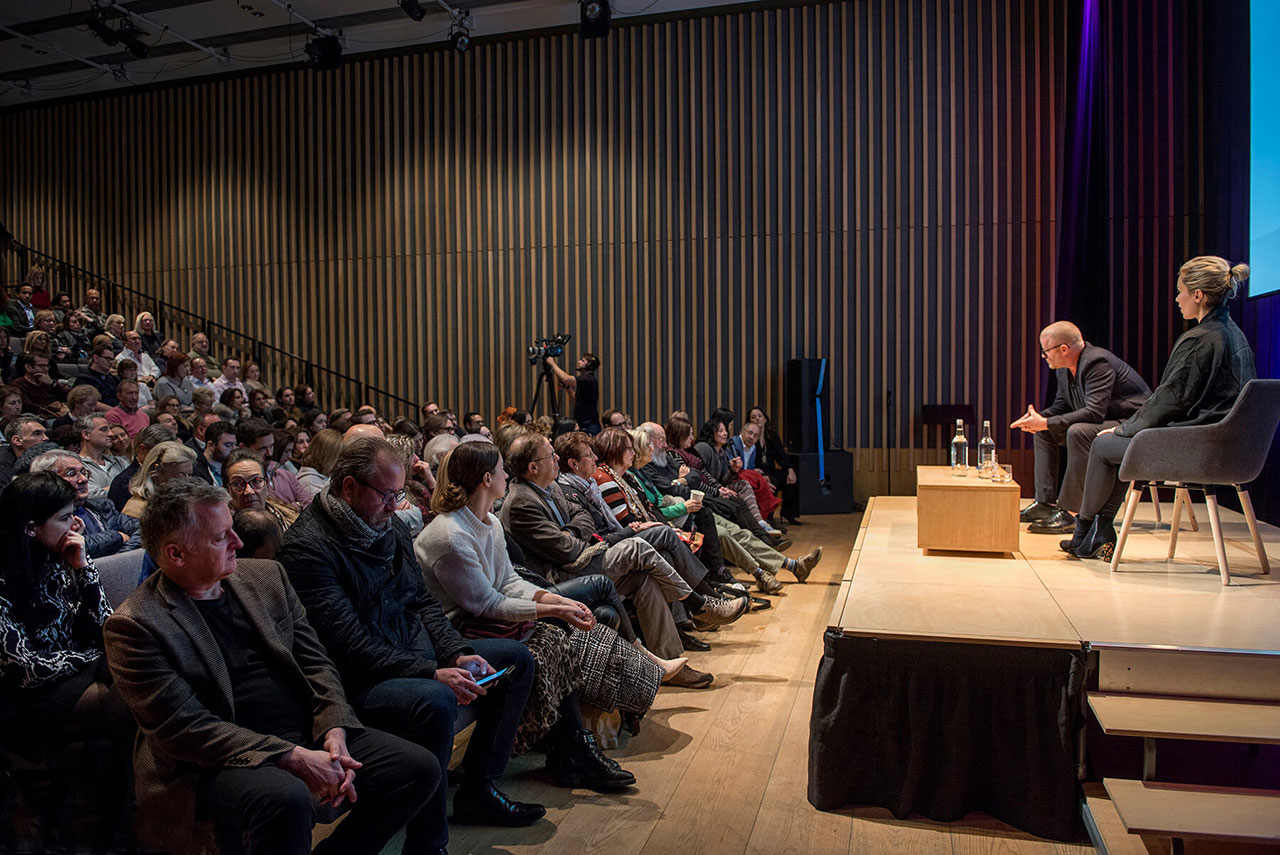 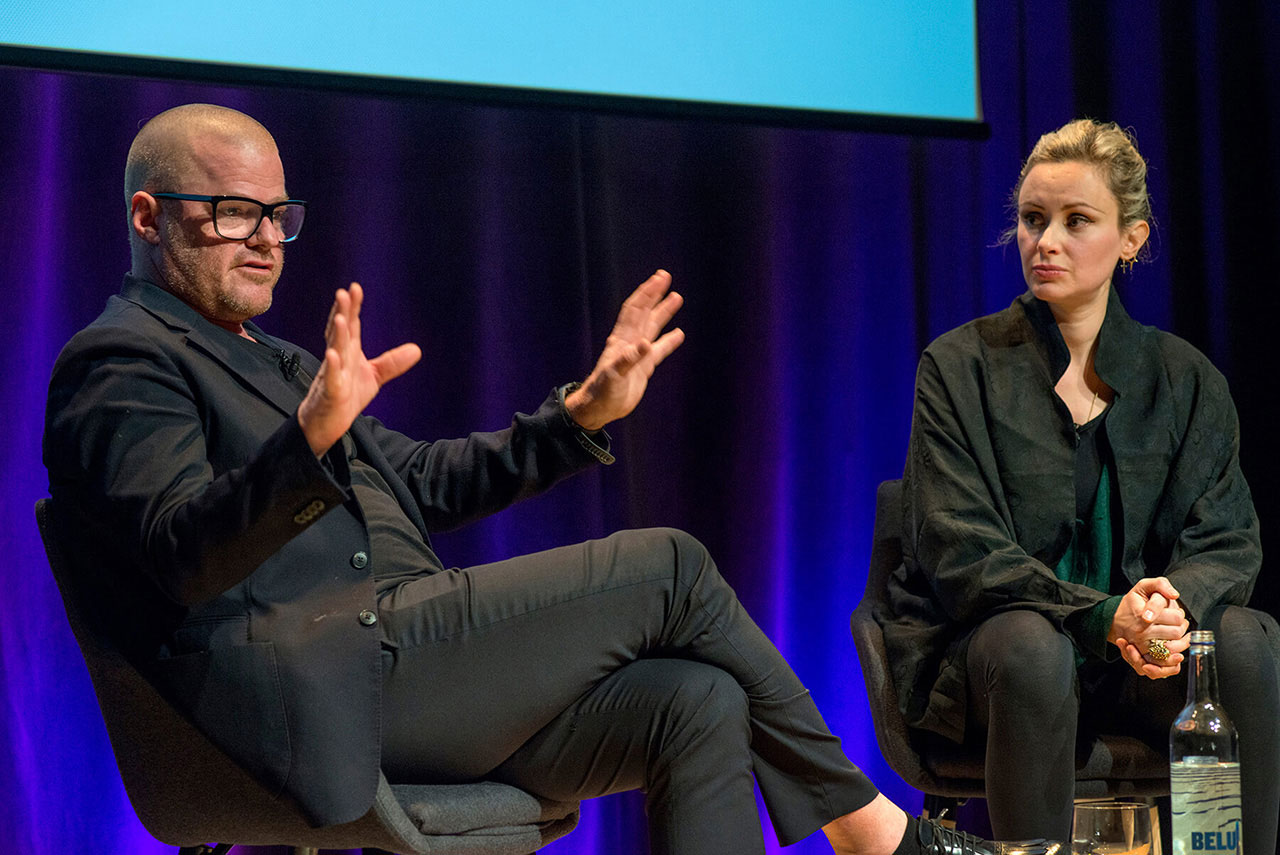 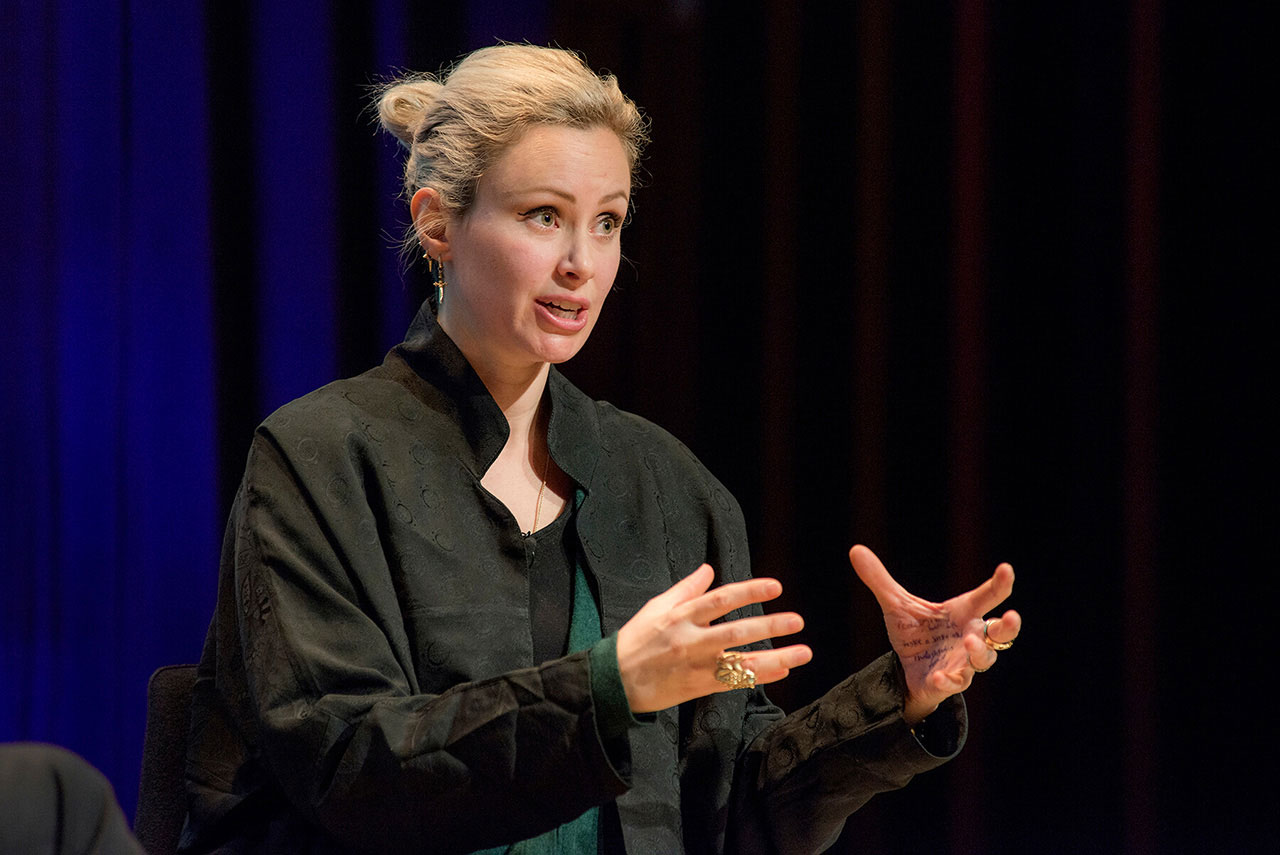 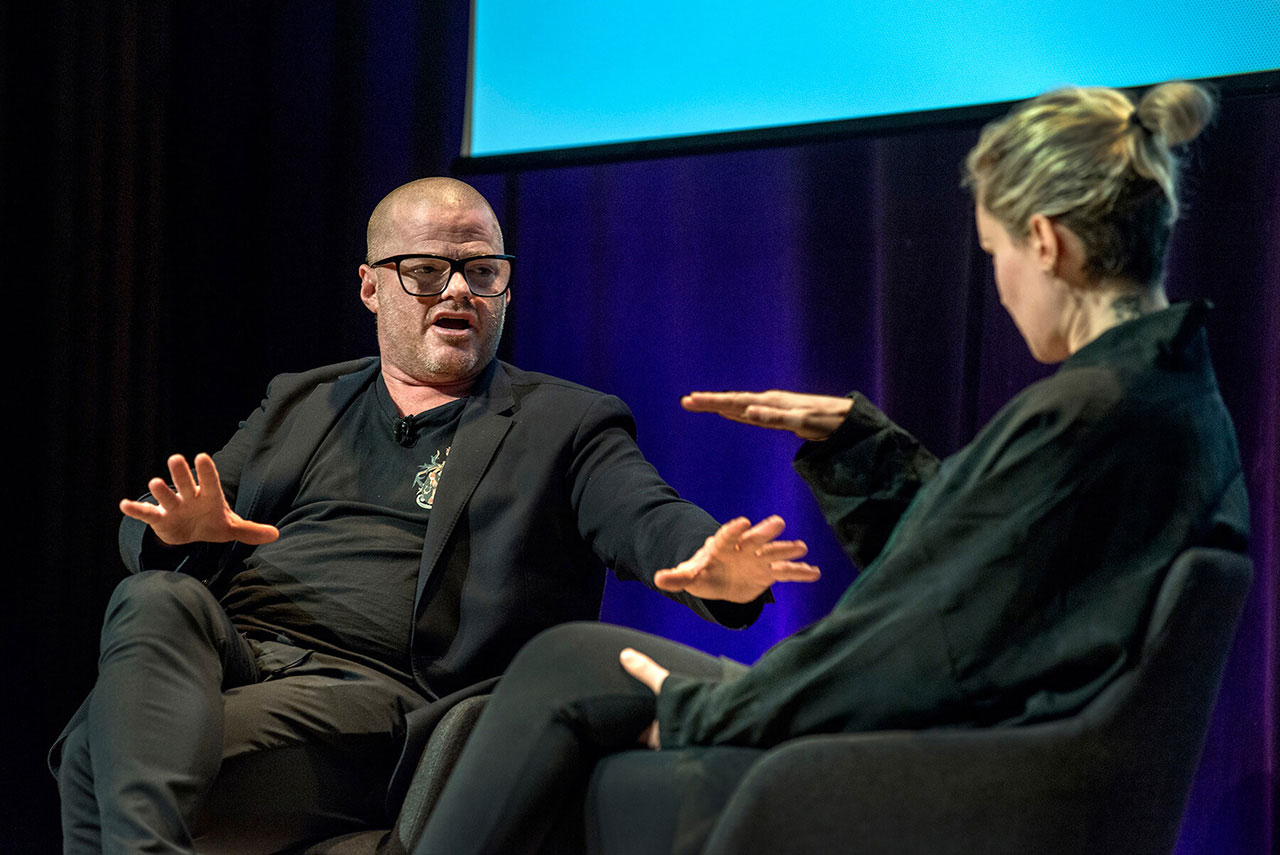 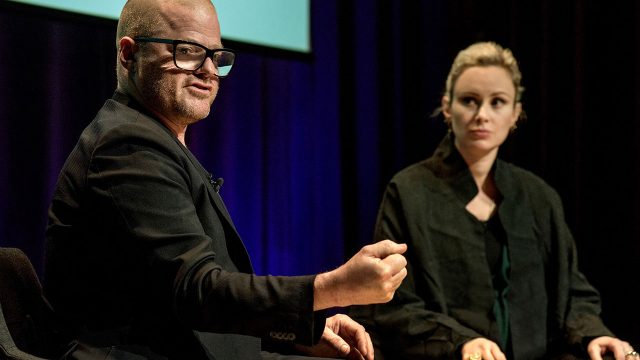 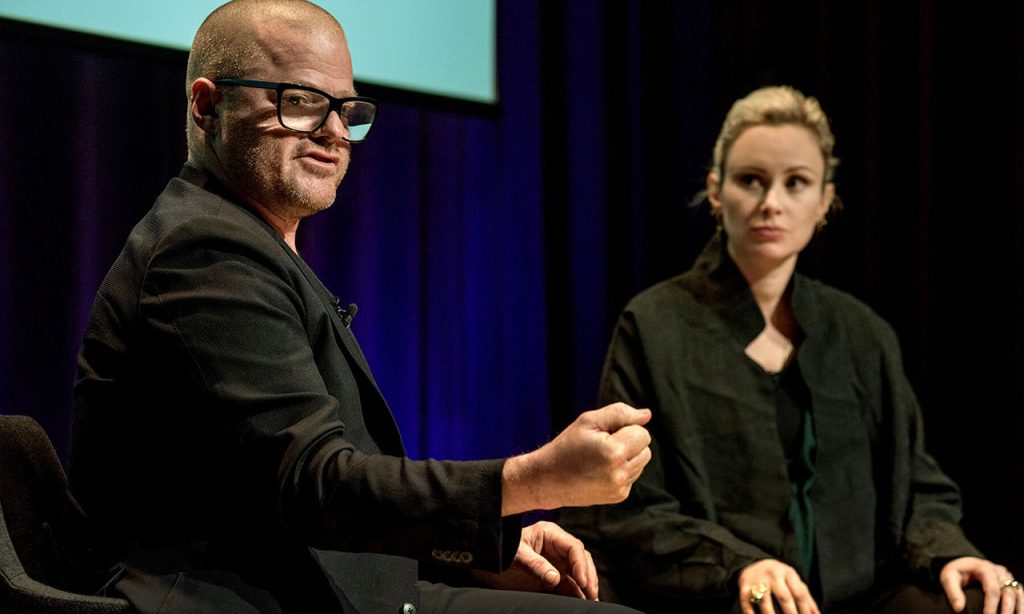 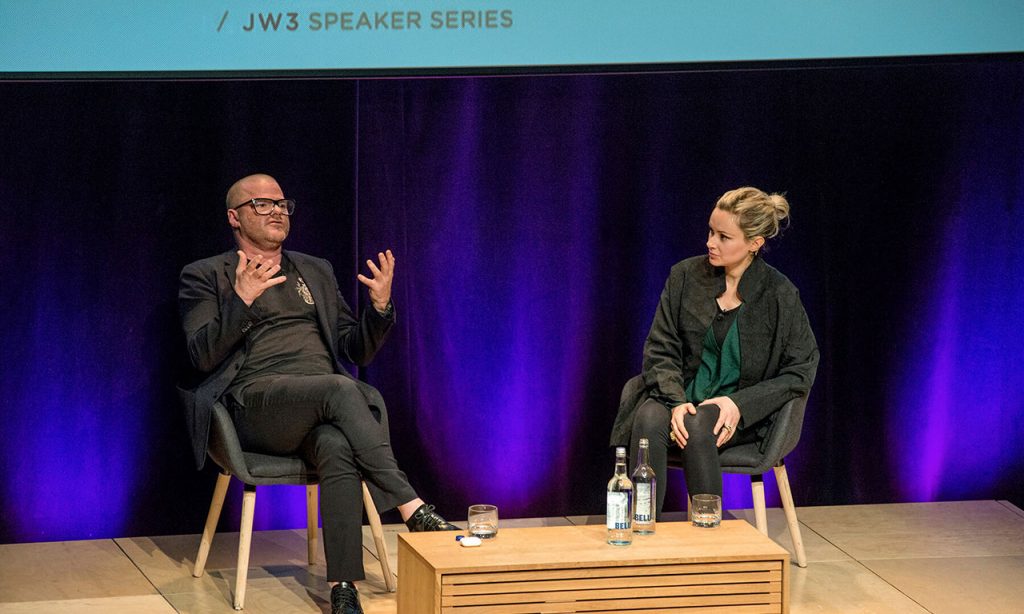 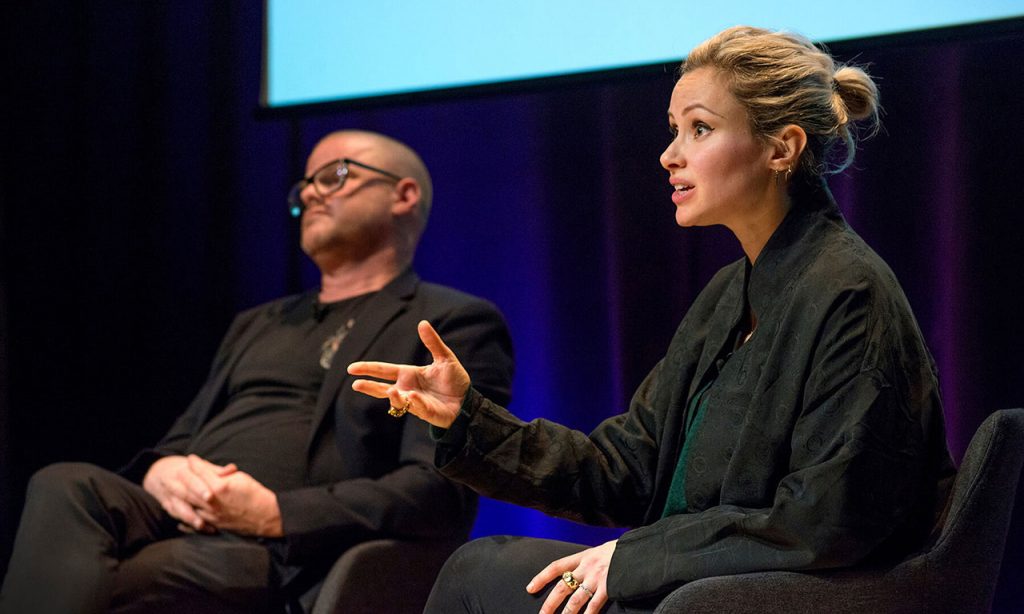 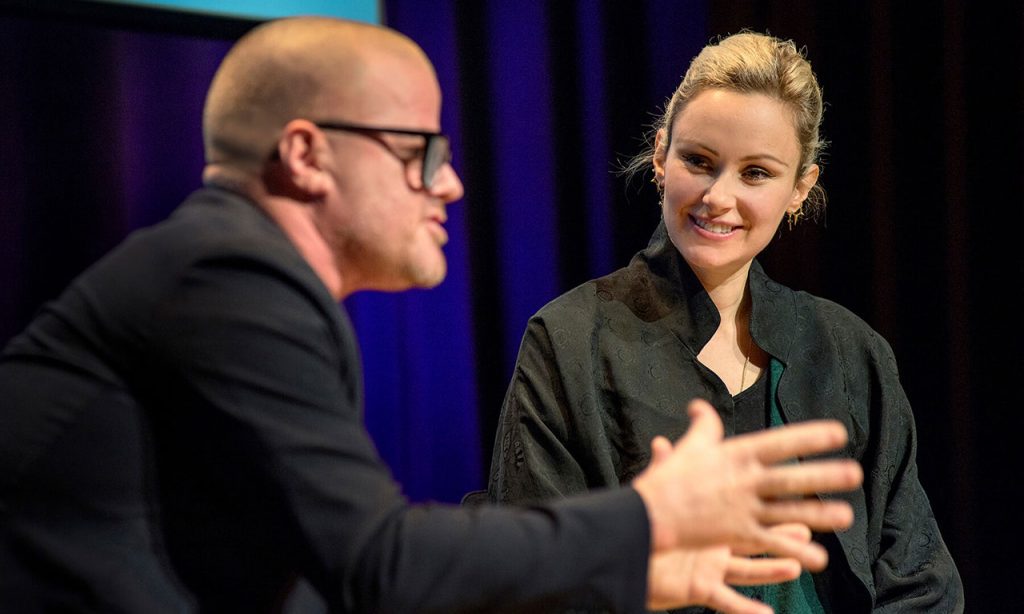 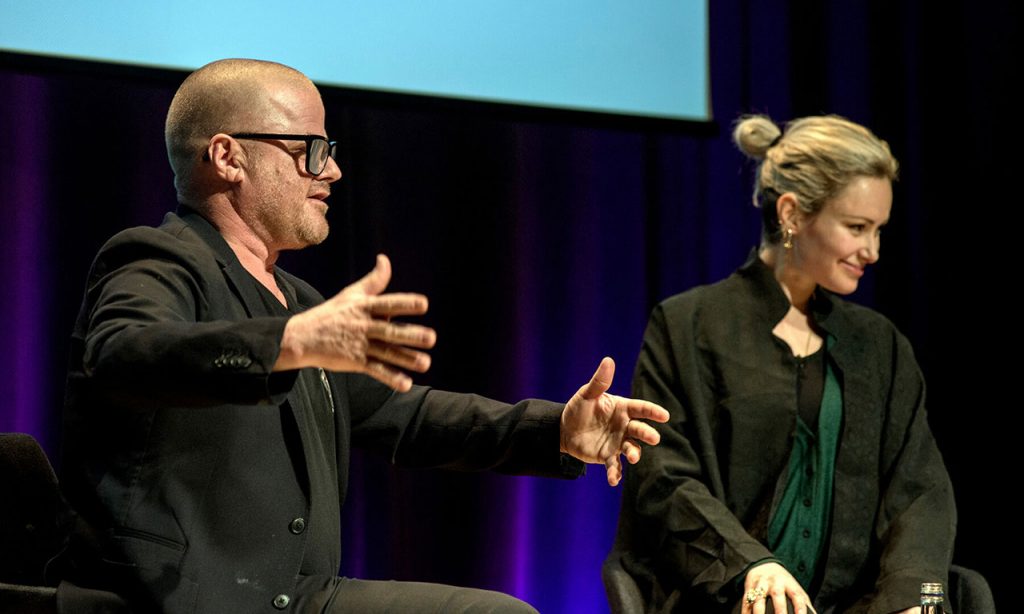 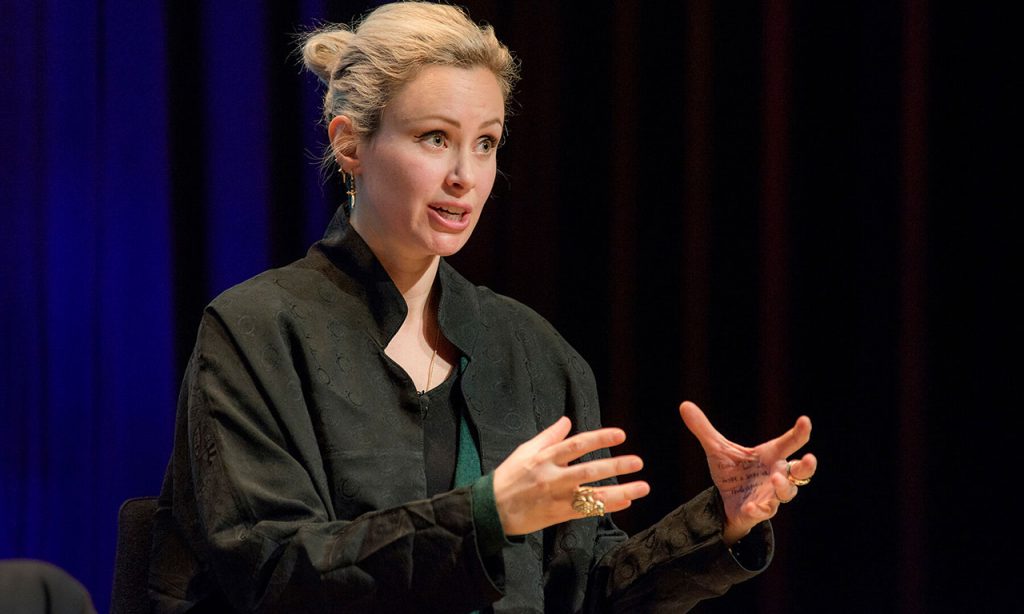 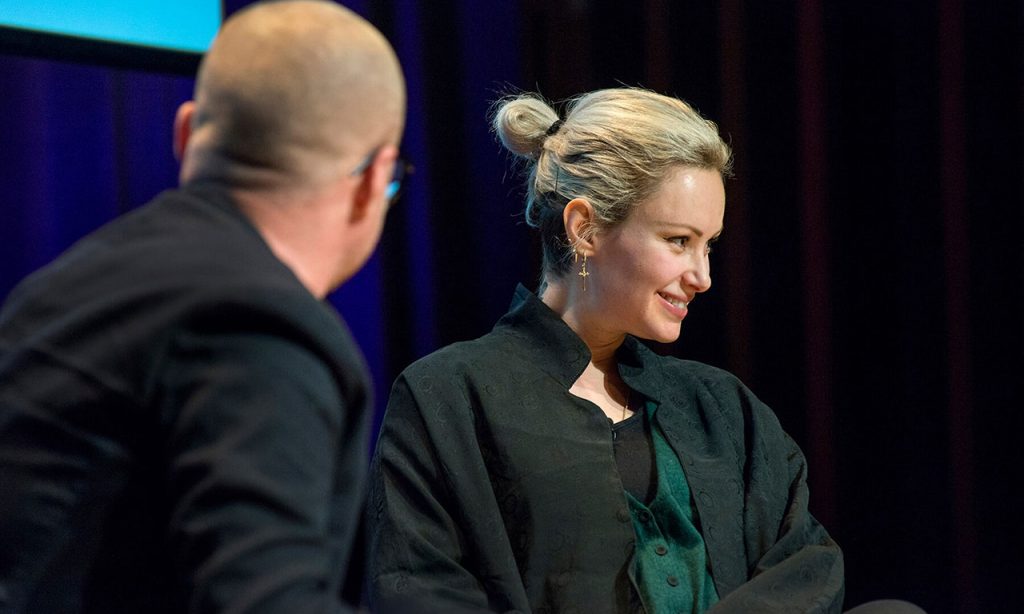 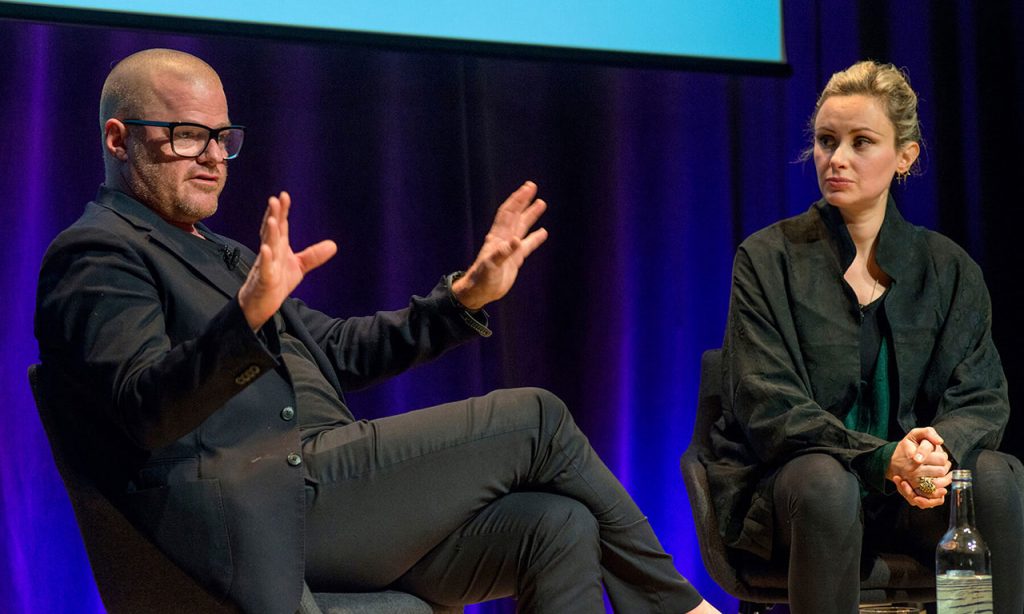 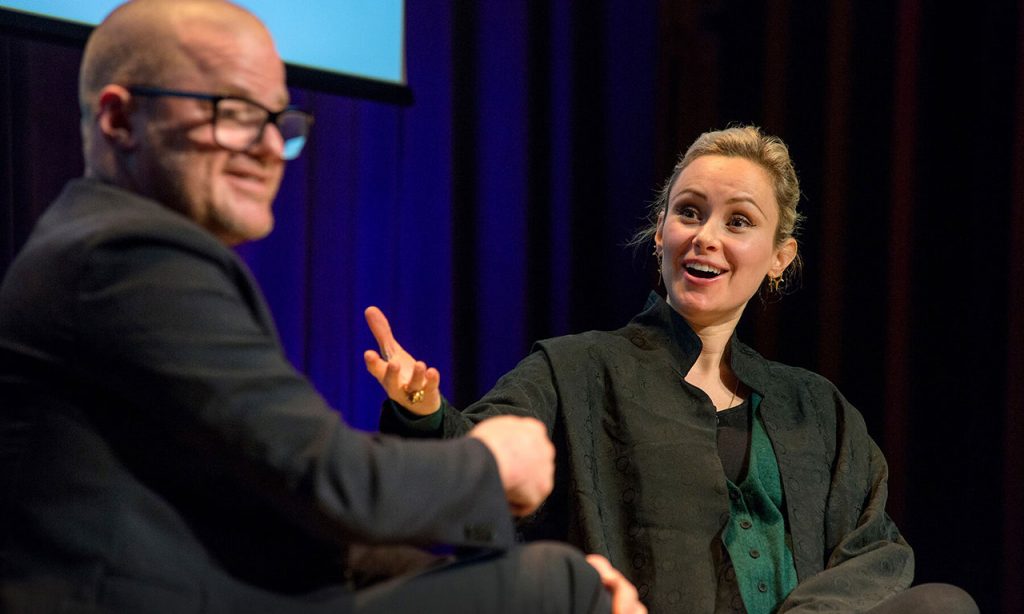 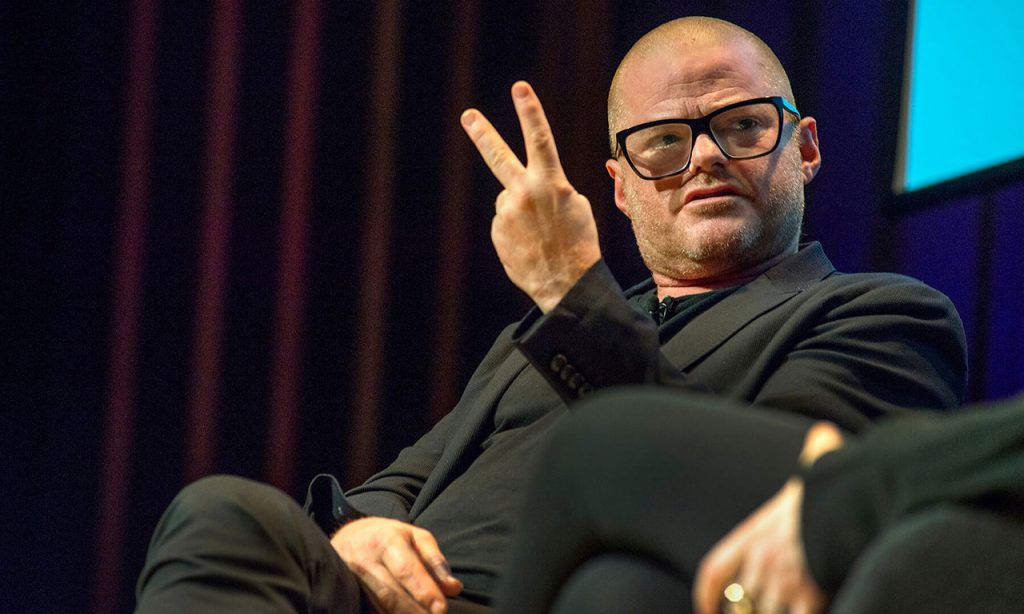 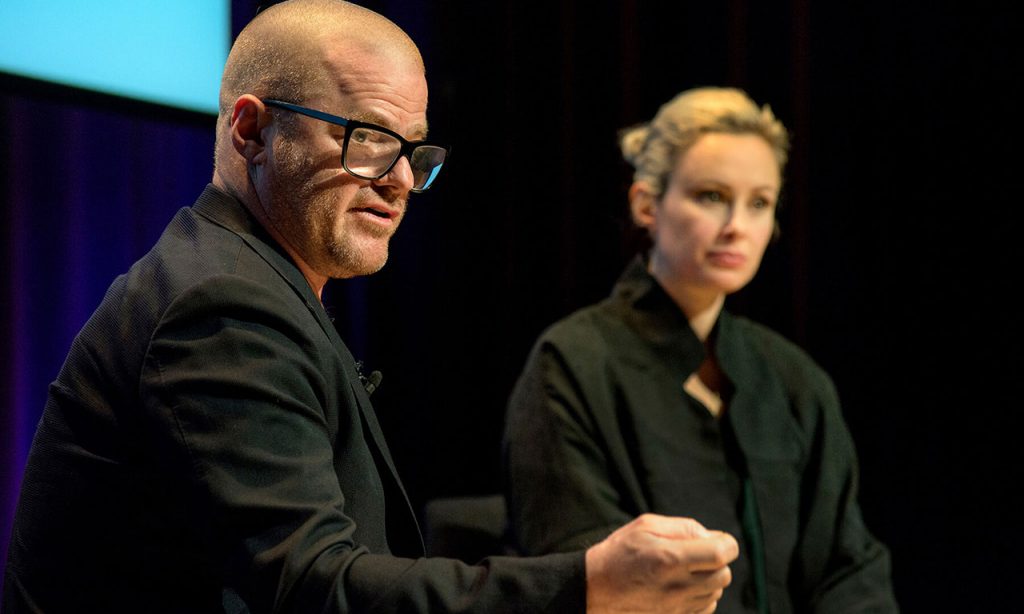 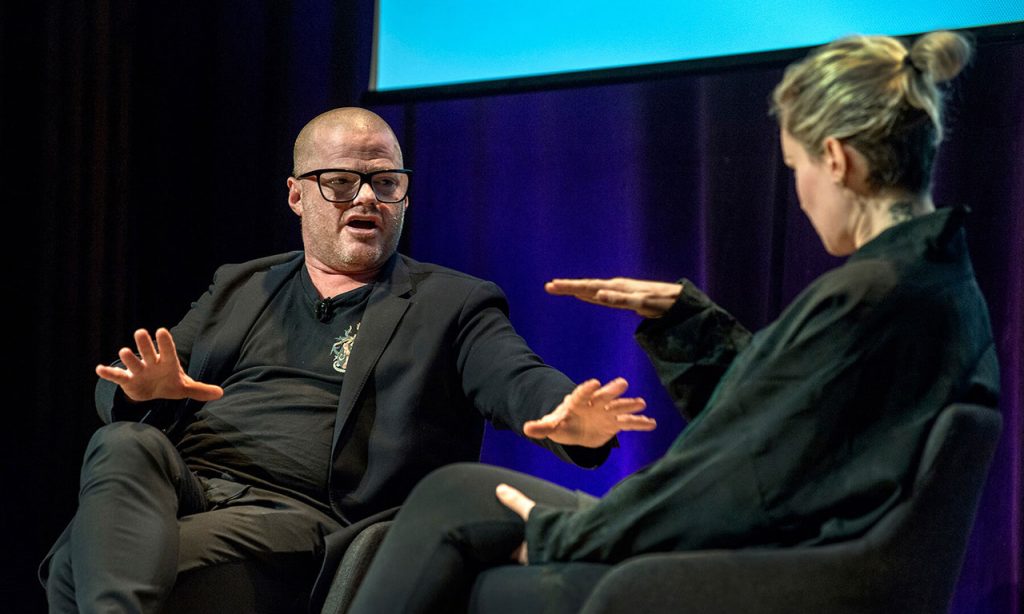 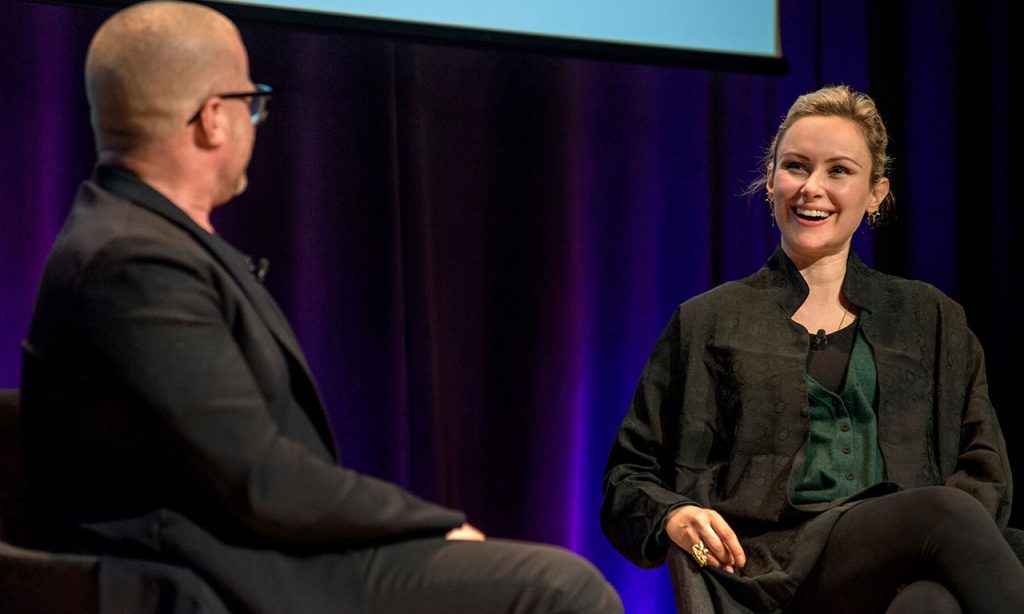 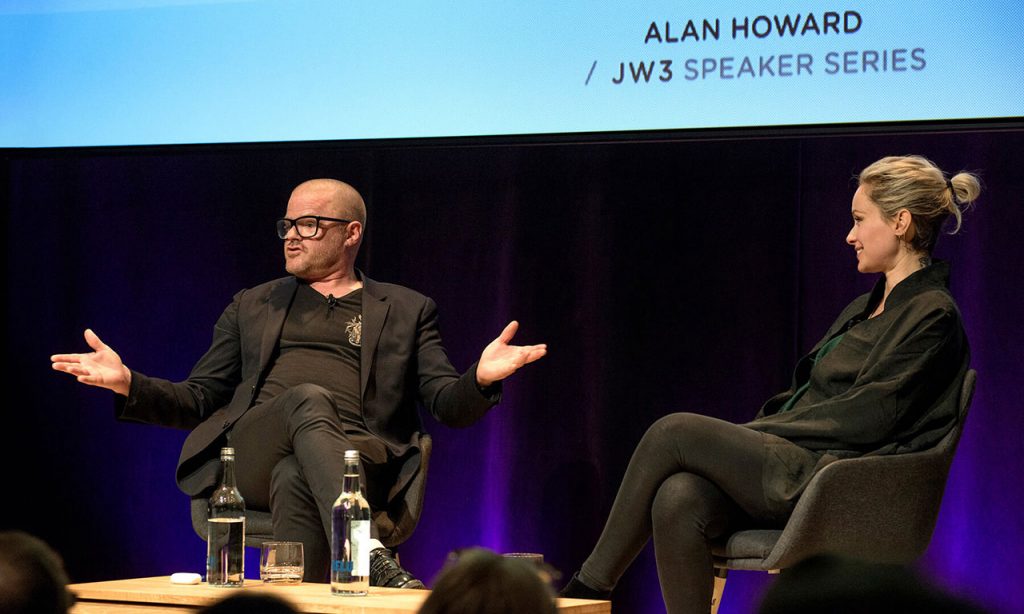 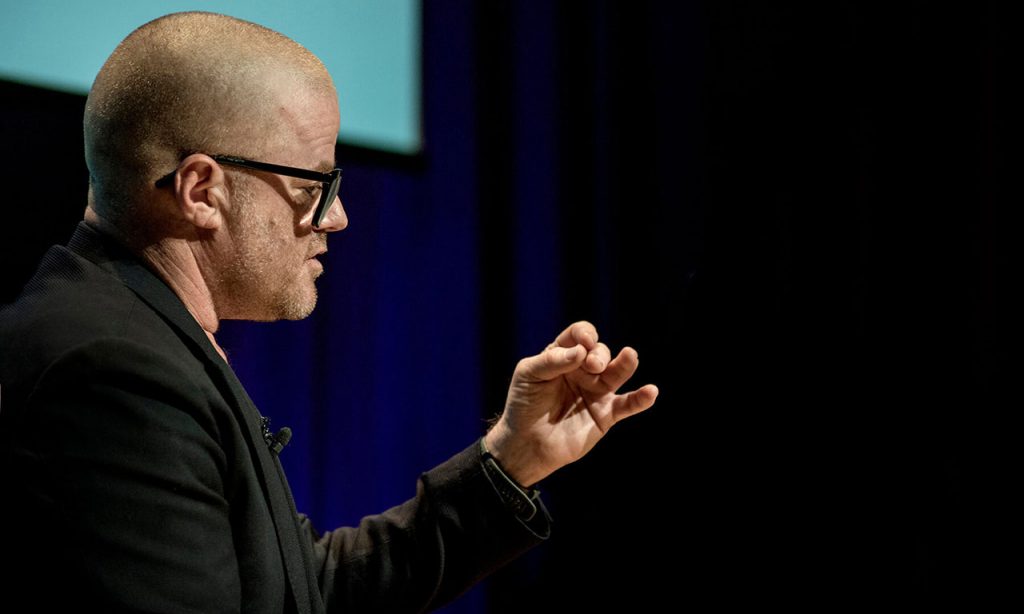 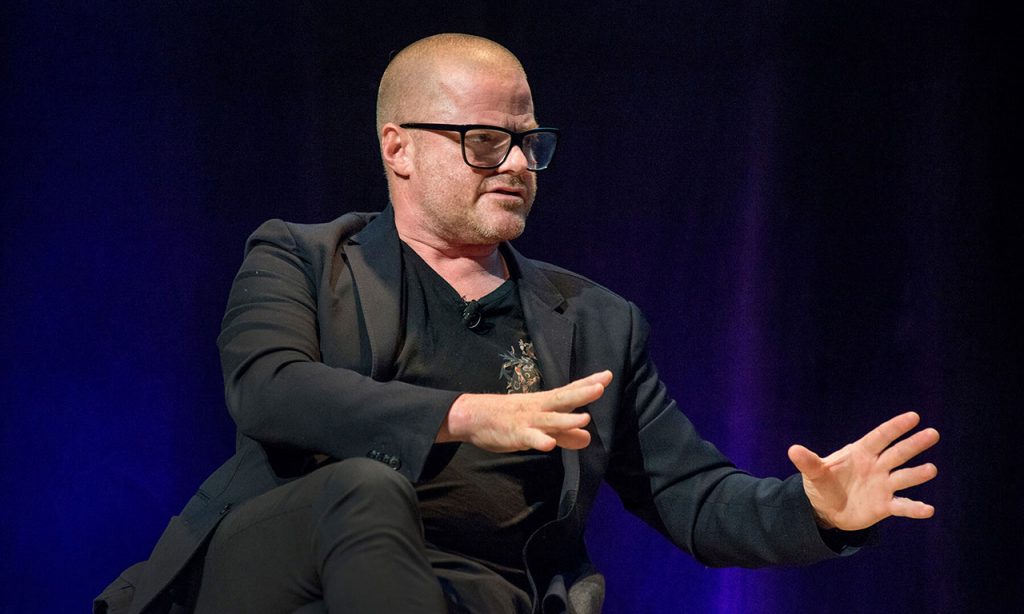 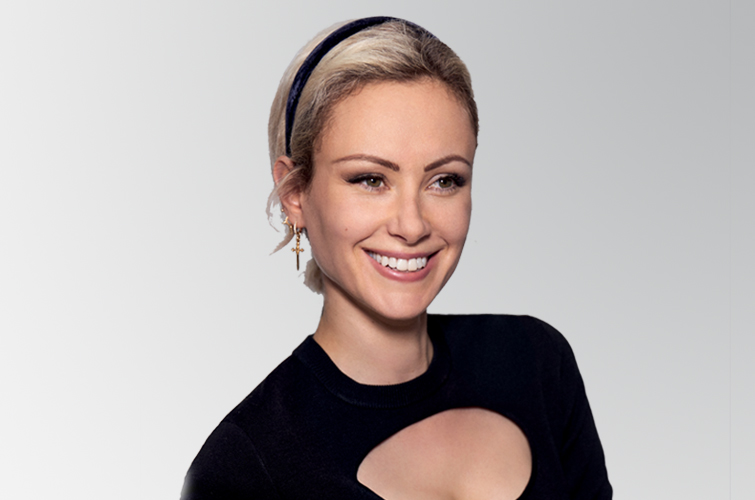 Camilla Fayed, Founder of Farmacy UK, has established herself as one of the most prominent voices of the plant-based universe. 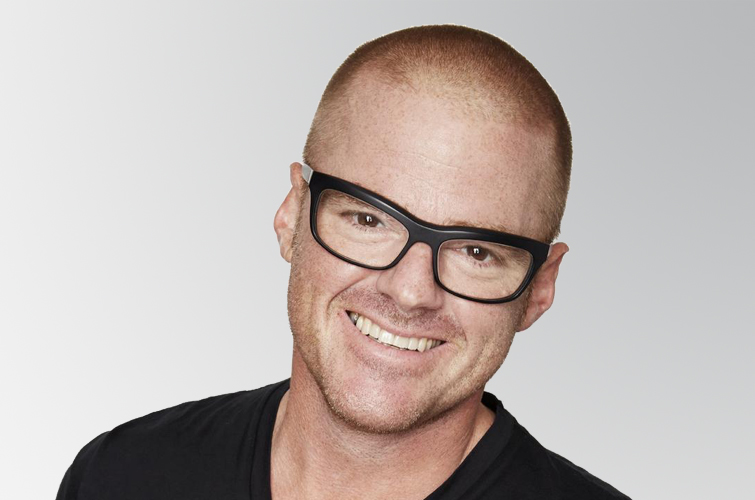 Heston Blumenthal is considered to be one of the best chefs of his generation. Although self-taught, he has pushed the boundaries of a traditional kitchen and completely changed the way people approach cooking.