Speaking at the JW3 cultural centre in London on 16 November 2016, former UK foreign secretary David Miliband said his current role as President and CEO at the International Rescue Committee (IRC) is “the most important job I’ve ever done”.

“One in every 122 people around the world today is displaced from their home,” he said.

“The numbers today are so enormous that refugees have become dehumanised – they have become a collective of numbers, not names. I see it as our job to rehumanise refugees.”

Miliband told veteran journalist Jonathan Freedland, live on stage, that there are 65 million refugees globally and

“This issue isn’t going away any time soon.”

The former MP said globalisation and its forces of inequality and unsustainability have accelerated global right-wing sentiment and contributed to the scale of the refugee and migrant crisis.

The IRC President pointed out that divisions in western societies – across wealth, immigration and access to opportunities – have widened vastly over the last century. “The radical age of transparency has exposed global divisions. In the era of Trump and Brexit, these divisions have become fissures and then convulsions.”

“For the first time we are a globally connected economy. You see this sense of civilian empowerment and voters have deviated from the traditional Labour and Democrat camps. The desire for change simply overrode the fear of risk because not enough people feel they have a stake in the system.”

“The radical age of transparency has exposed global divisions. In the era of Trump and Brexit, these divisions have become fissures and then convulsions.”

Miliband said the international community should respond to the global refugee crisis by improving aid in countries that host refugees, such as Jordan and Lebanon. He explained that organisations such as the World Bank, would need to make it “worth their while” to host refugees on a long-term basis.

“At the moment, we are not honouring our humananitarian commitment to refugees. There is an inadequate and threadbare international policy on refugees. It’s morally wrong.”

Miliband explained that the richer parts of the world should take in more refugees but the problem is bigger than this. “It needs to be an economic solution and an urban solution. We need to see the issue of refugees as a long-term challenge, not short-term camps. Issues of education and health also need to be considered as it’s a multi-generational issue.”

“At the moment, we are not honouring our humananitarian commitment to refugees. There is an inadequate and threadbare international policy on refugees. It’s morally wrong.”

“It is in our global interest to resolve the fragility of the refugee situation. We need to dispense of the illusion that they’re going home any time soon – it’s not true.”

The former MP urged Europe to recognise that the influx of immigrants is an inevitable occurrence and a permanent trend. “And, therefore, why not make it organised and legal? Refugees on the other side of the world have a depth of humanity and it’s our obligation to honour it. It’s not just the refugees that we need to rescue, we also need to rescue our societal ethics.”

Peter Thiel, an entrepreneur and investor, will be in conversation with Niall Ferguson, an author and Professor of History at Harvard. 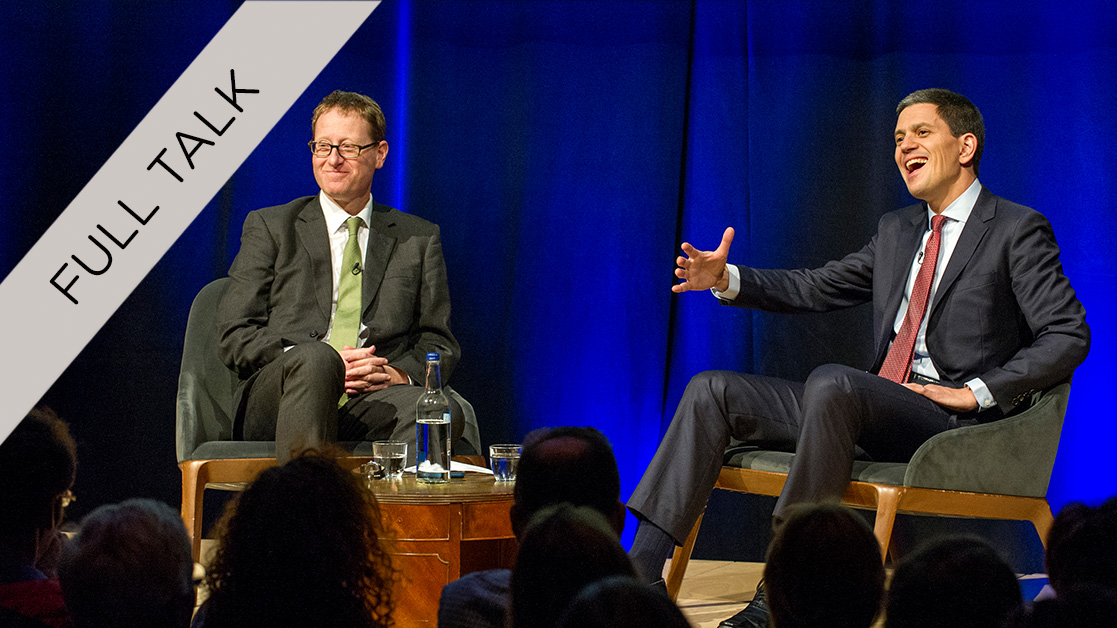 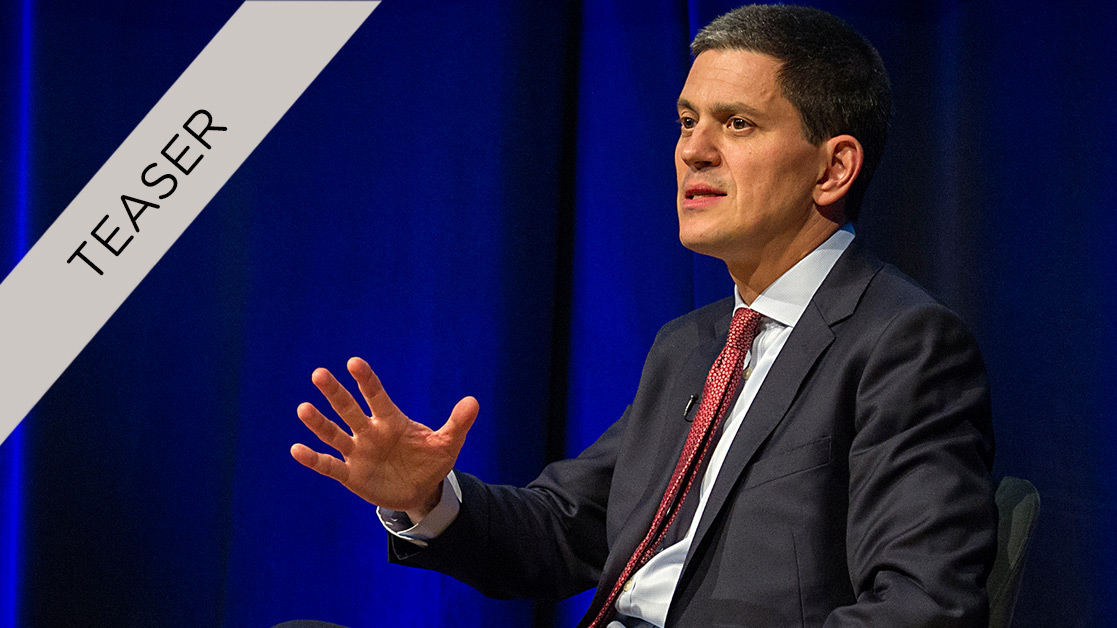 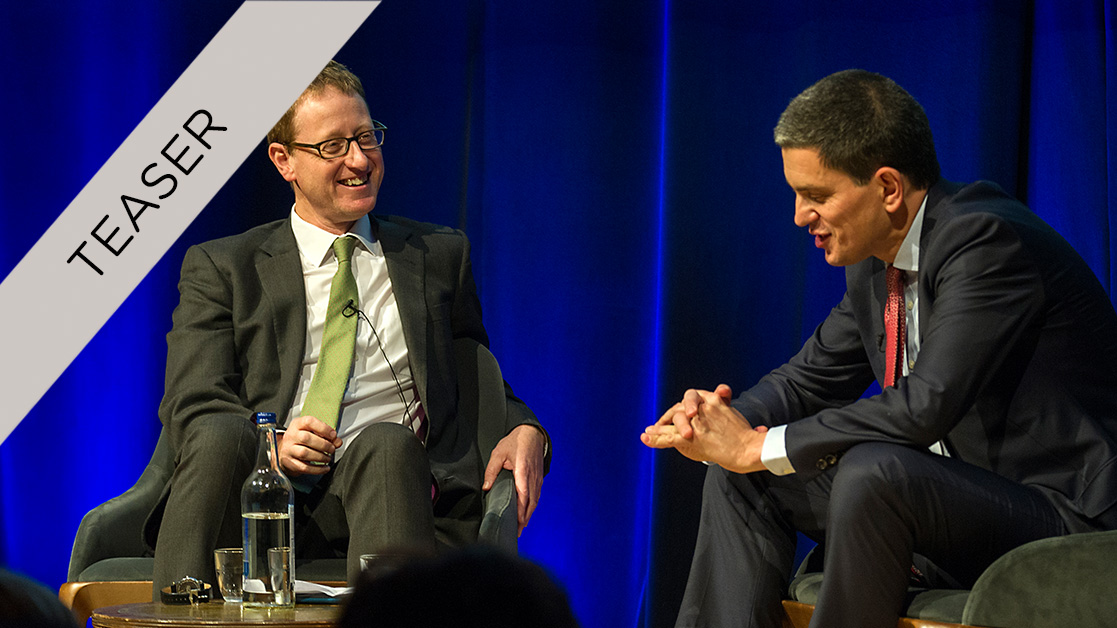 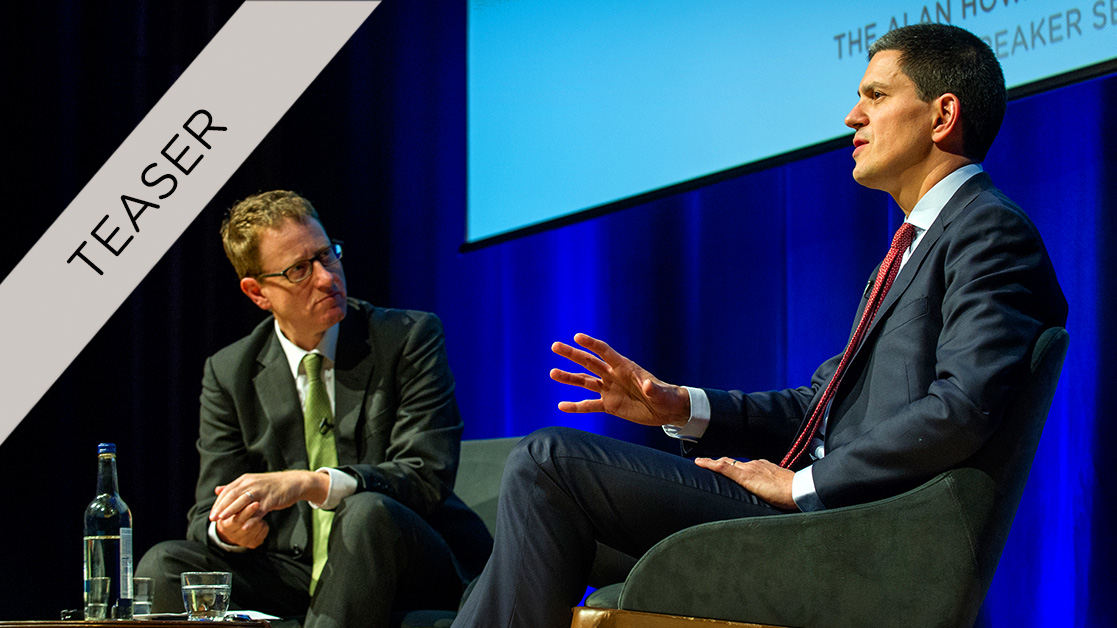 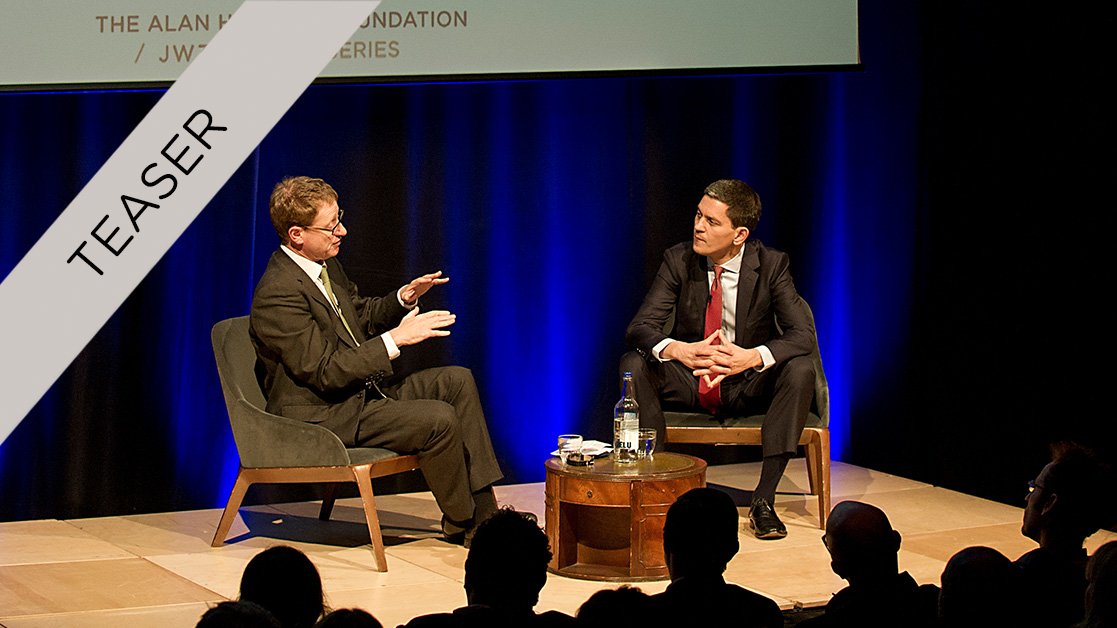 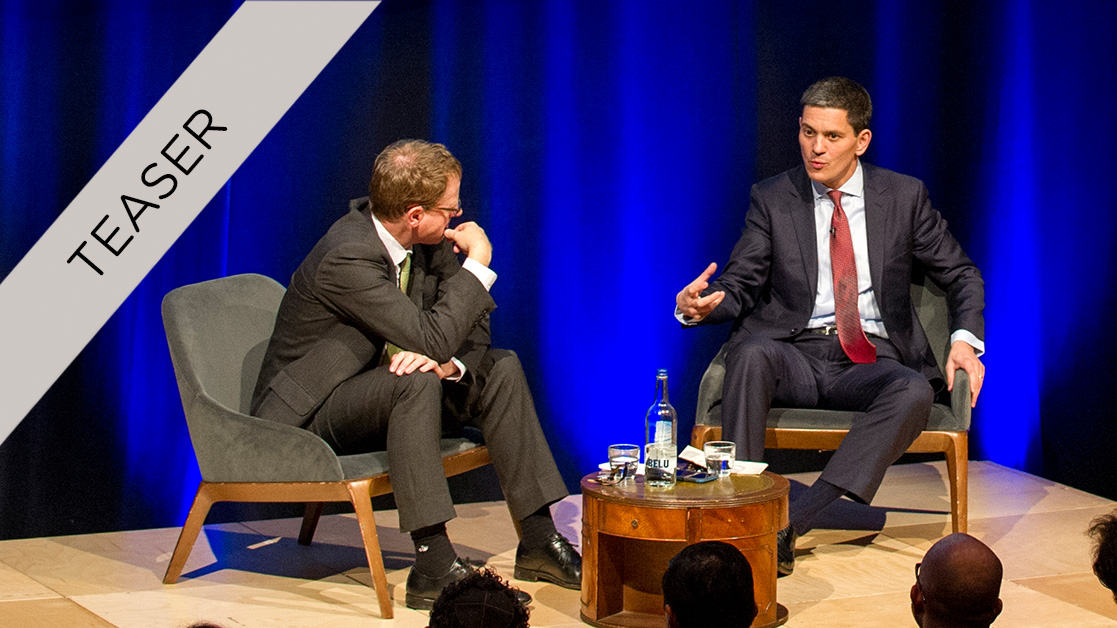 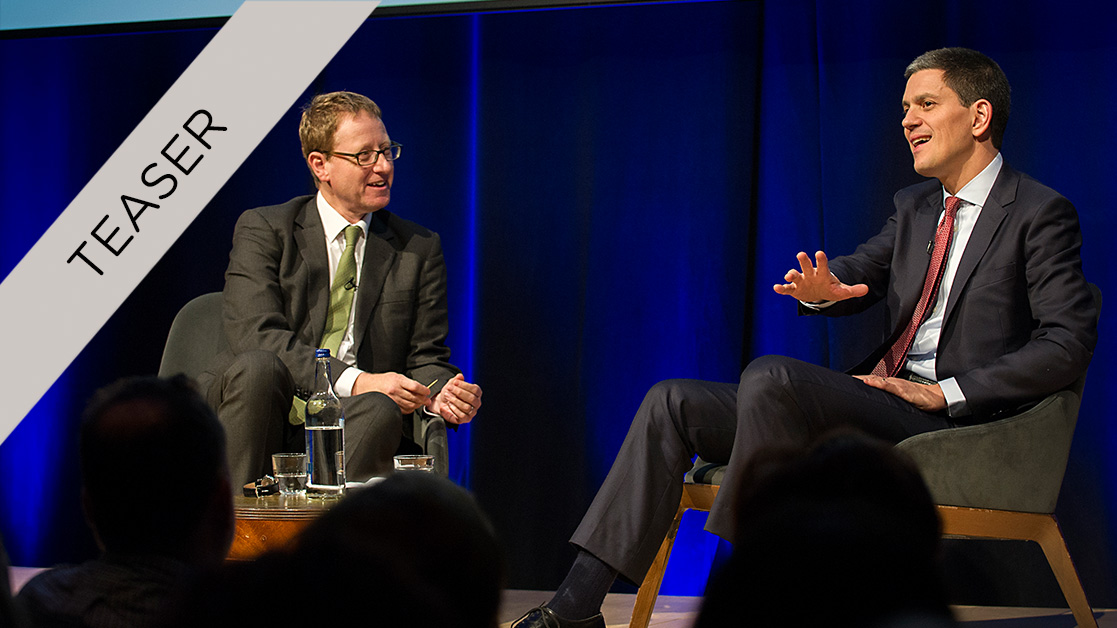 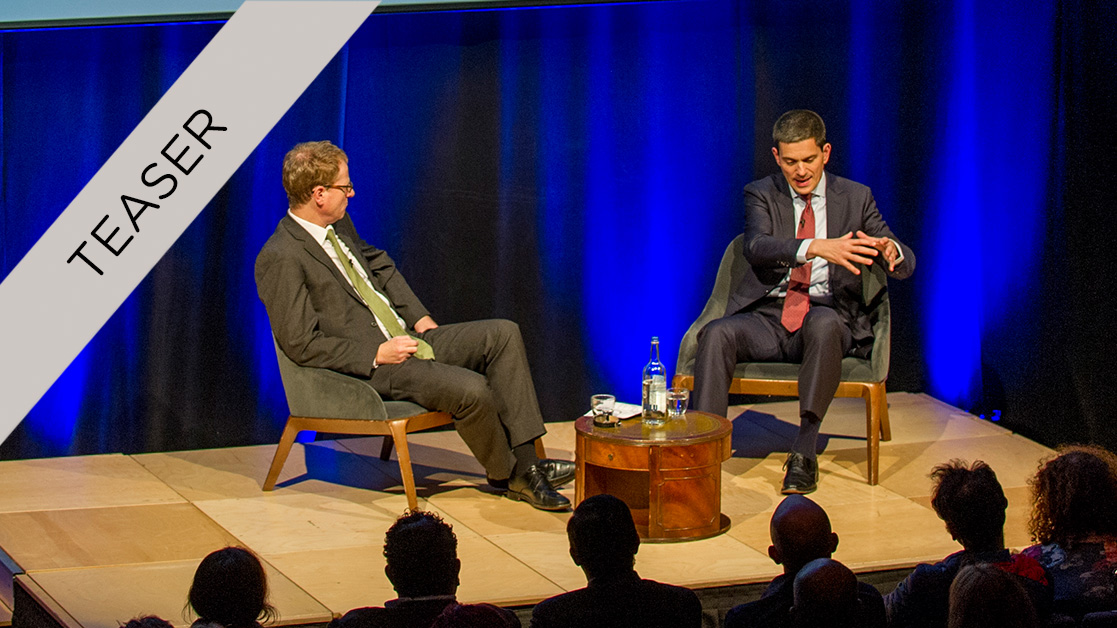 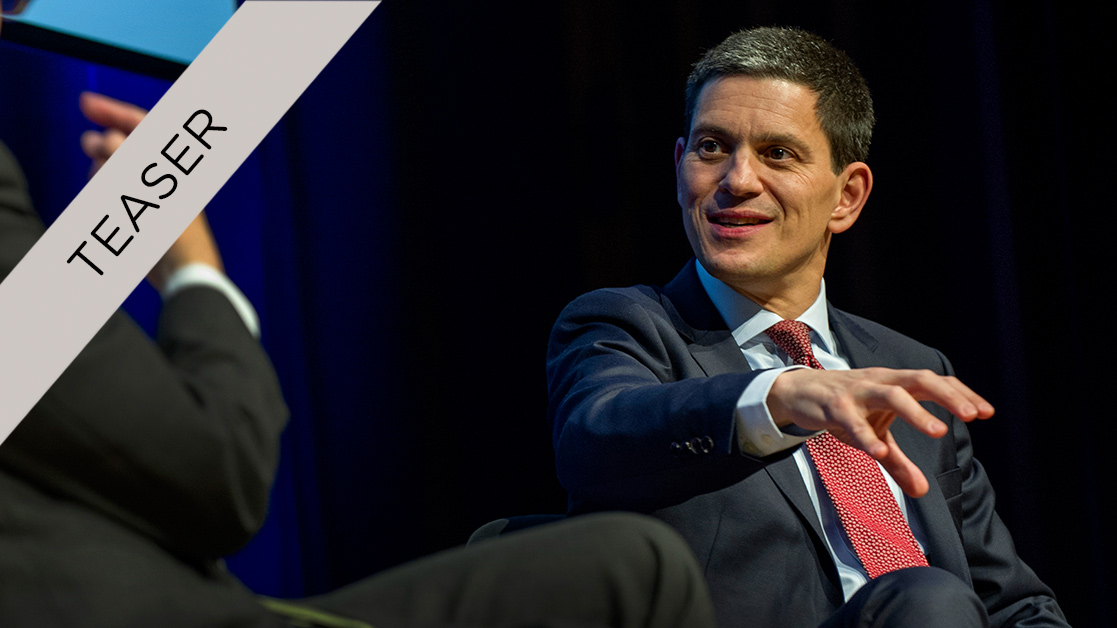 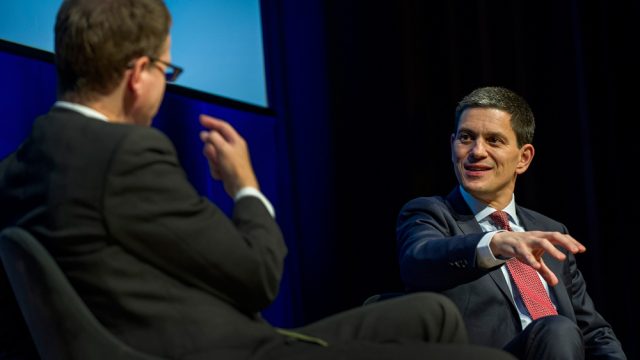 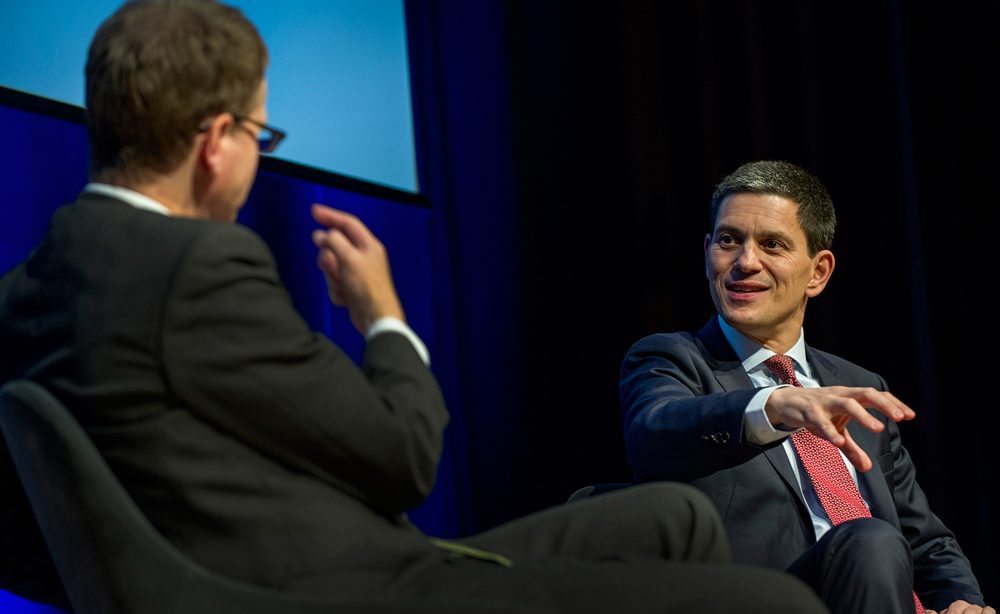 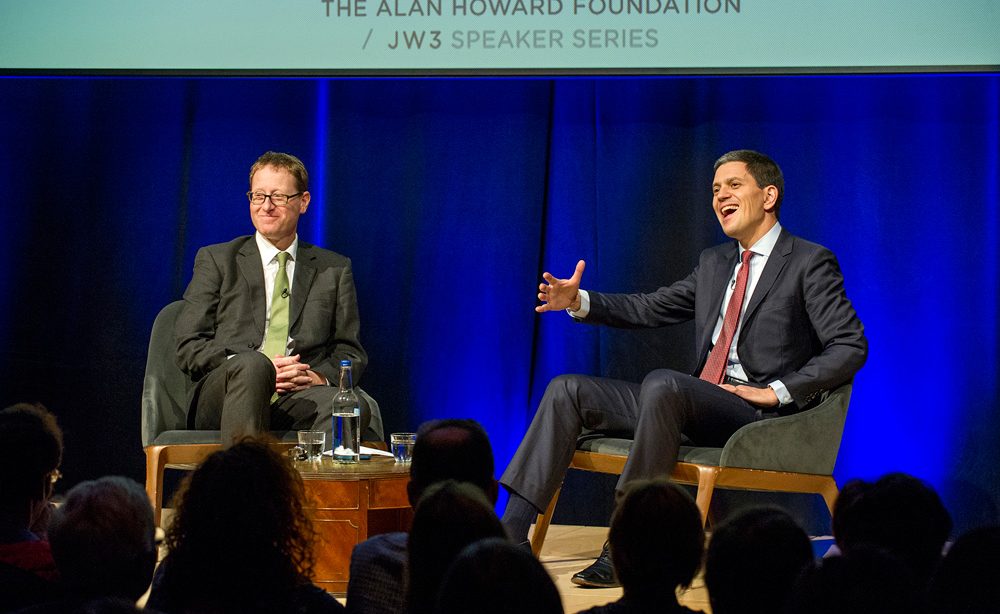 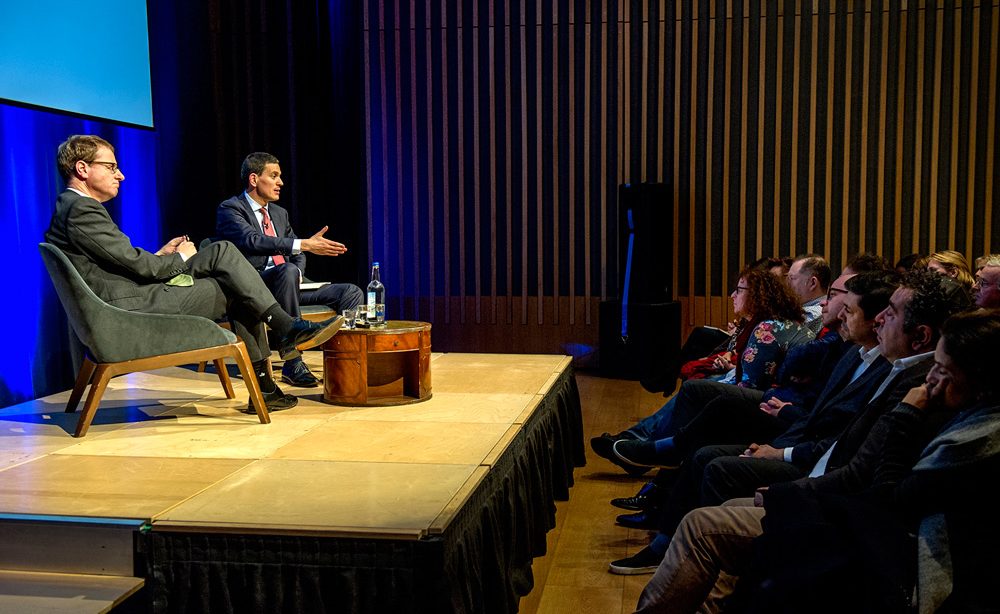 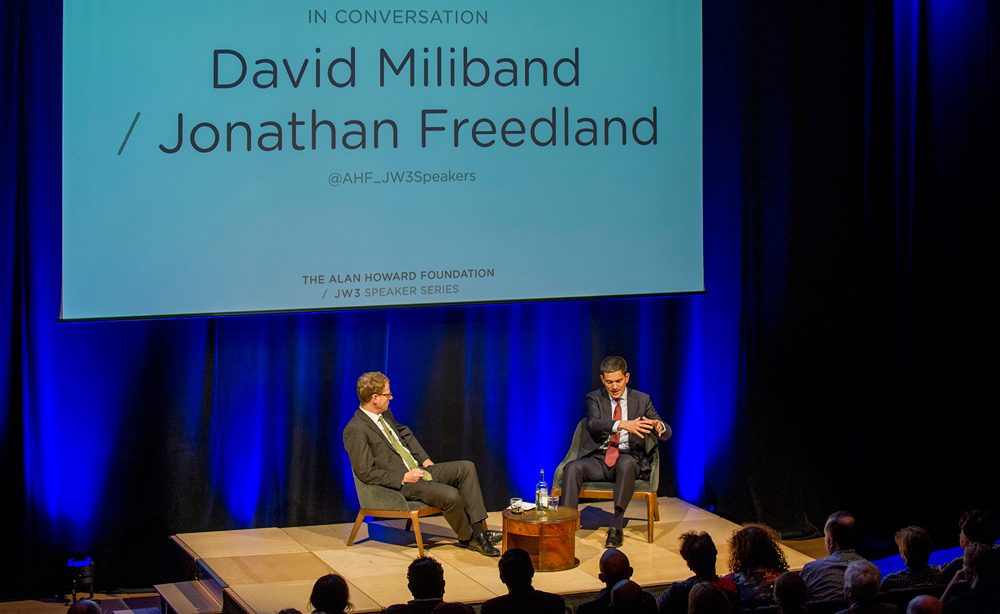 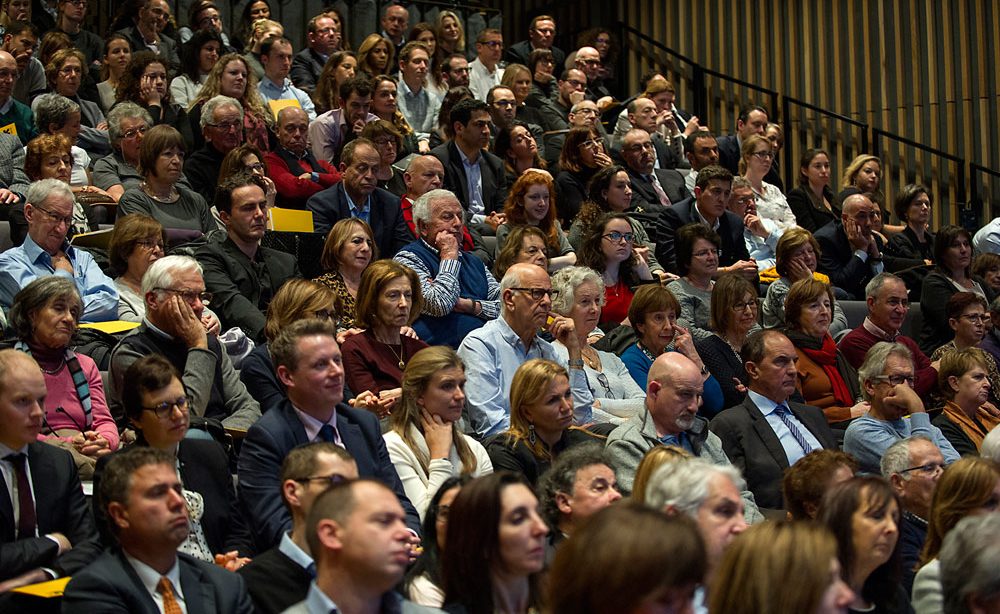 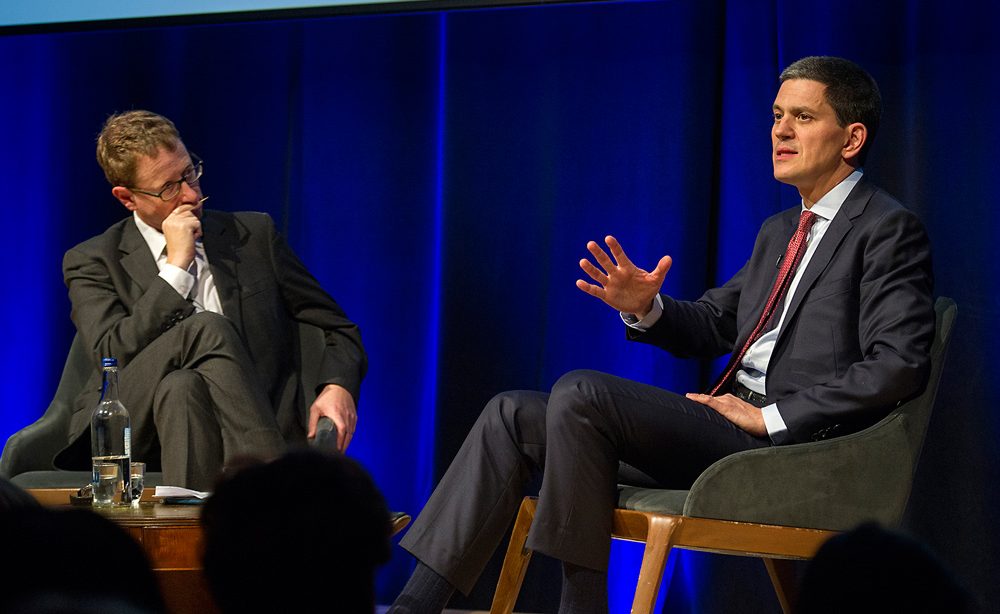 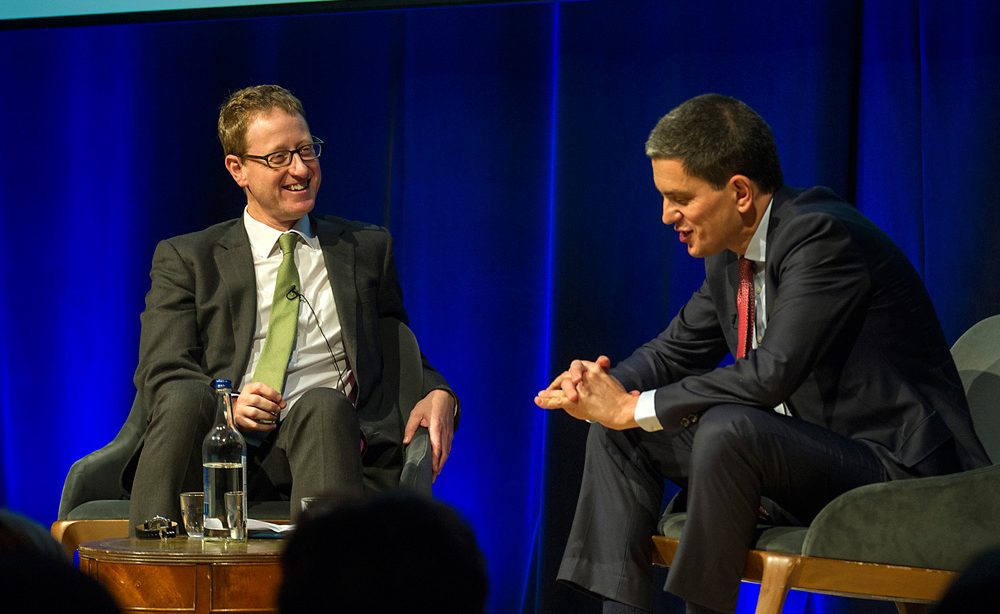 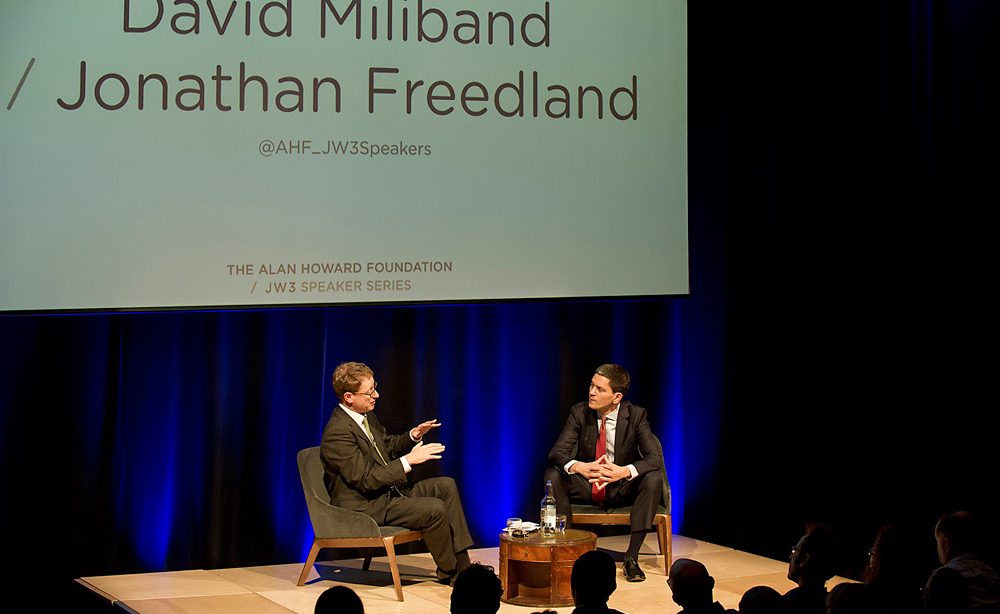 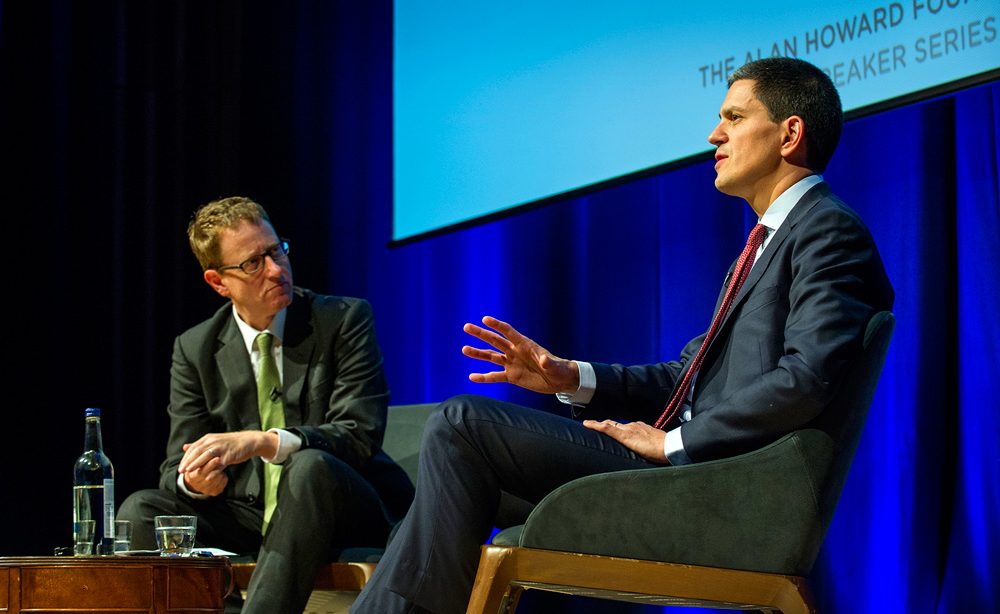 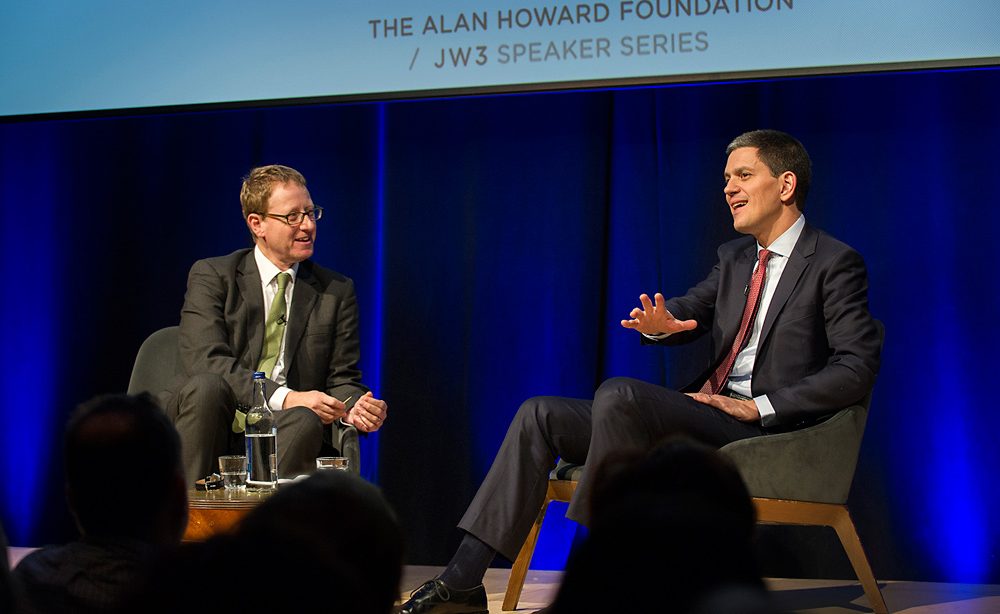 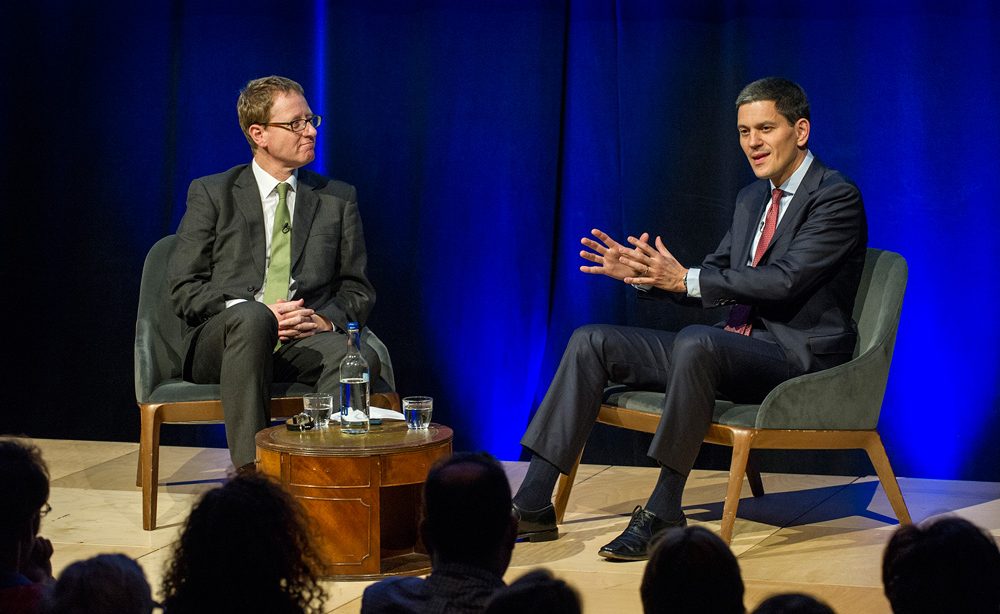 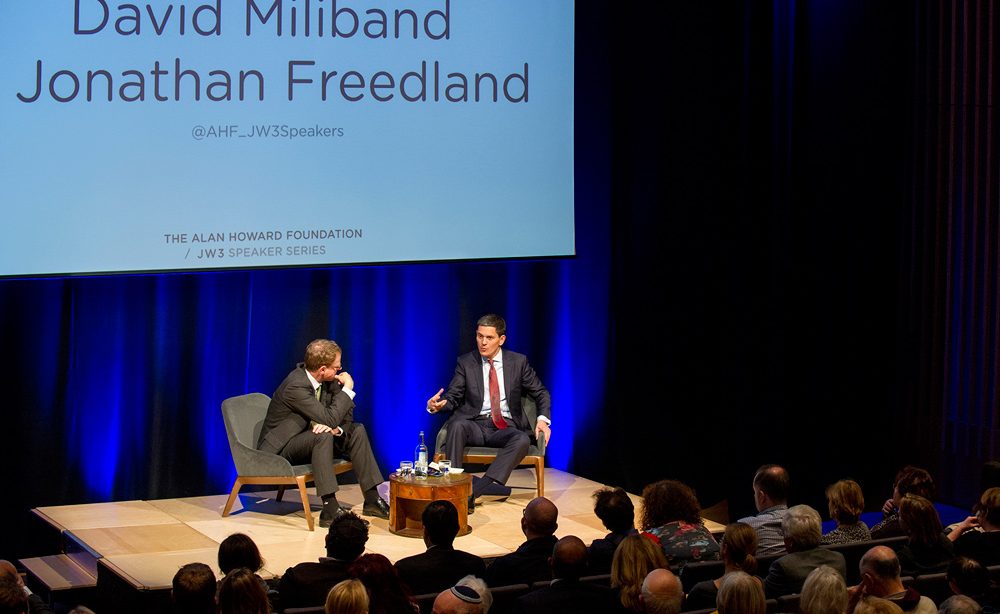 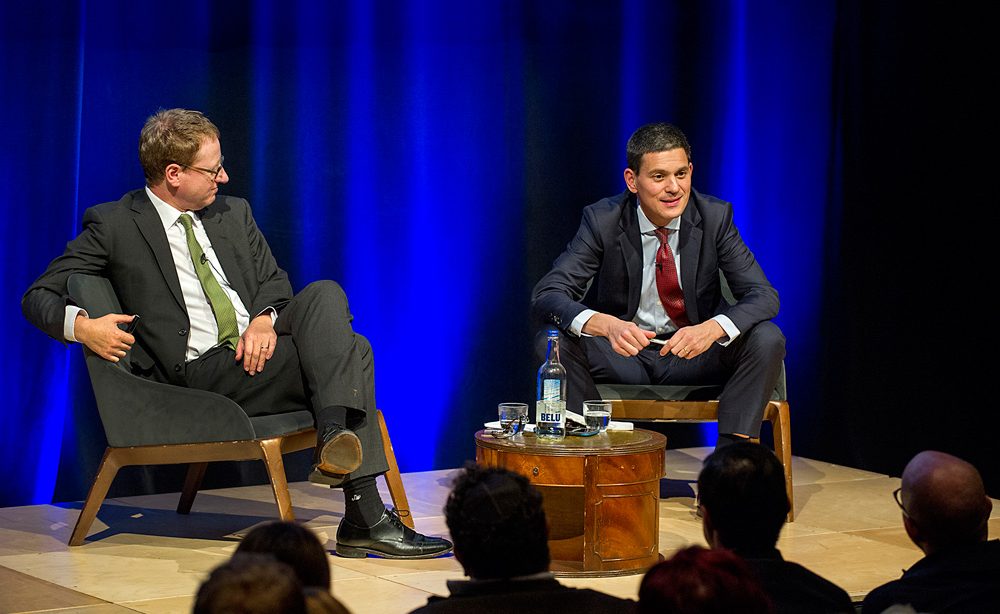 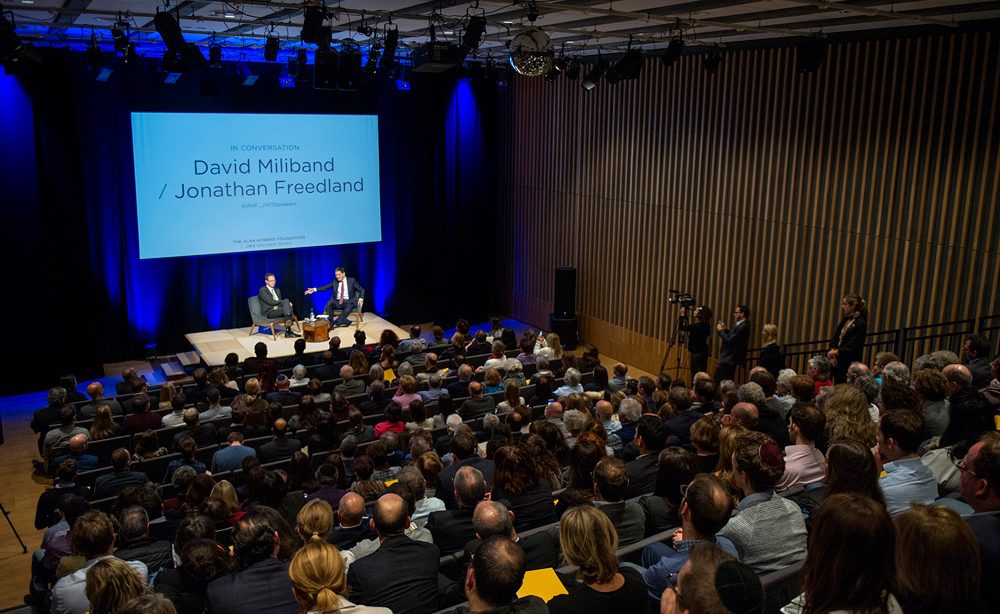 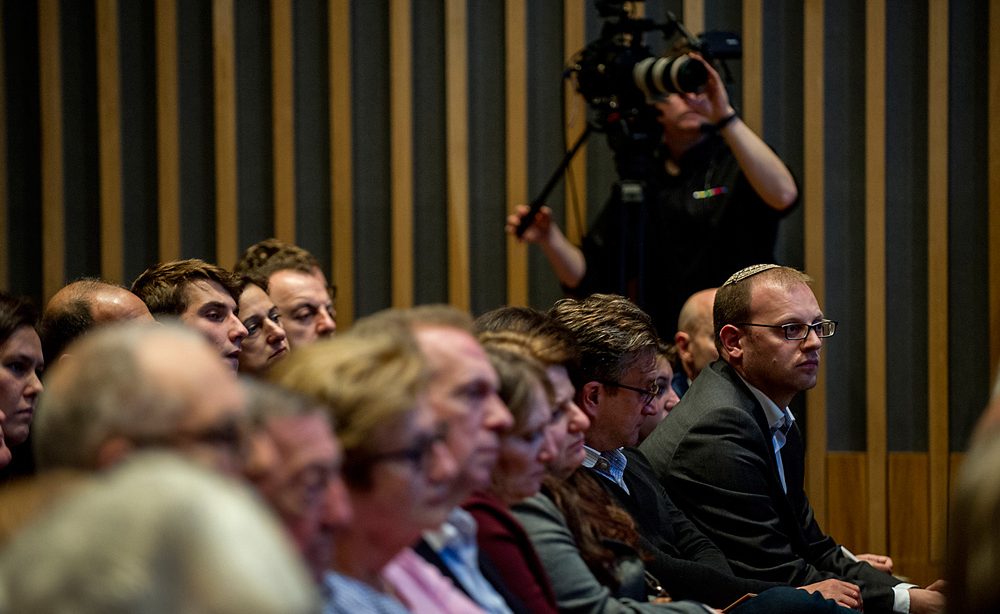 David Miliband is the President and CEO of the International Rescue Committee.

Jonathan Freedland is an award-winning journalist, author and broadcaster. He has been a weekly columnist for the Guardian since 1997.