Speaking at JW3 cultural centre in London on 16 October 2017, celebrated Russian-born artist Emilia Kabakov explained that she likes to harness the ‘total installation’ technique to ensure that all viewers can appreciate the work, no matter their ‘memories, context or country of residence.’

“We are trying to achieve an atmosphere of totality. It’s a window on the world and you’re inside it,” she told Achim Borchardt-Hume, head of exhibitions at London’s Tate Modern gallery, in a live interview on the JW3 stage.

New York-based Emilia has worked side-by-side with her husband Ilya Kabakov since 1989 collaborating on environments that fuse elements of the everyday with the conceptual. Together they have prepared their upcoming ‘‘Not Everyone Will Be Taken Into the Future’ exhibition at the Tate Modern (18 October 2017 – 28 January 2018), in which they explore the theme of failed utopia.

While Ilya has remained working in New York, Emilia said her husband has been present in creating their latest exhibition in “spirit, soul and Skype.”

The Kabakovs are amongst the most celebrated artists of their generation, widely known for their large-scale installations and use of fictional personas. Critiquing the conventions of art history and drawing upon the visual culture of the former Soviet Union – from dreary communal apartments to propaganda art and its highly optimistic depictions of Soviet life – their work addresses universal ideas of utopia and fantasy; hope and fear.

Their latest exhibition charts the pair’s artistic journey from early drawings to immersive large-scale installations. Three rarely exhibited ‘total’ installations will be presented together for the first time: The Man Who Flew into Space from His Apartment 1985, Labyrinth (My Mother’s Album) 1990 and Not Everyone Will Be Taken Into the Future 2001.

Emilia told a rapt audience, “That [Soviet revolution] period was like being taken into a new civilisation, it all felt different – the government, the families, the art… everything.”

“That [Soviet revolution] period was like being taken into a new civilisation, it all felt different – the government, the families, the art… everything.”

She explained: “For the first few years of the artistic journey we were immersed in the Soviet Union and its culture, we were forced by the government to be a certain way but then the context changed – and when the life changes, the work changes.”

“In the Soviet Union there were no material things. It was a utopian revolution; we grew up with the legacy of that failed dream. But let’s say that all utopias are supposed to fail? What if all kinds of utopia, or ‘isms’ such as capitalism or socialism, fail eventually?”

“As a population, we will always try and always fail, and I don’t think we will ever stop trying. In the west, it was more about creating an immediate utopia for the current generations, whereas in the east it was more about building a conceptual utopia for the future. It was some kind of utopia that was never really in reach, so we as a people were never there in it. It was something unobtainable.”

“In the Soviet Union there were no material things. It was a utopian revolution; we grew up with the legacy of that failed dream.”

Emilia said the couple’s art is influenced by Russian literature, which is strongly driven by characters and narratives. This is romantic conceptualism is brimming with stories, characters and narratives, she said. “The narrator [of the installation] could be an artist who is striving for utopia, or it could be anyone who is trying to find an escape from reality, life or the government. It’s a universal theme. He doesn’t accept reality he wants to live somewhere else – in art.”

“It’s a universal theme. He doesn’t accept reality he wants to live somewhere else – in art.”

Emilia added, “In this installation, the viewer becomes the little white man who is a character. It’s very specific. We consider how the viewer is going to move through the installation. We are trying to achieve an atmosphere of totality. When they walk in, they feel it with their emotions.”

She said: “We tried to place our work into total installations so that we can create an atmosphere that will be understood by different cultures in a different context. If you’re lucky, people will understand you. If you’re not, you will fail.” 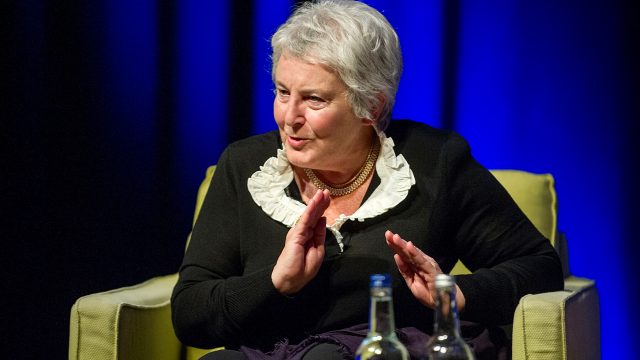 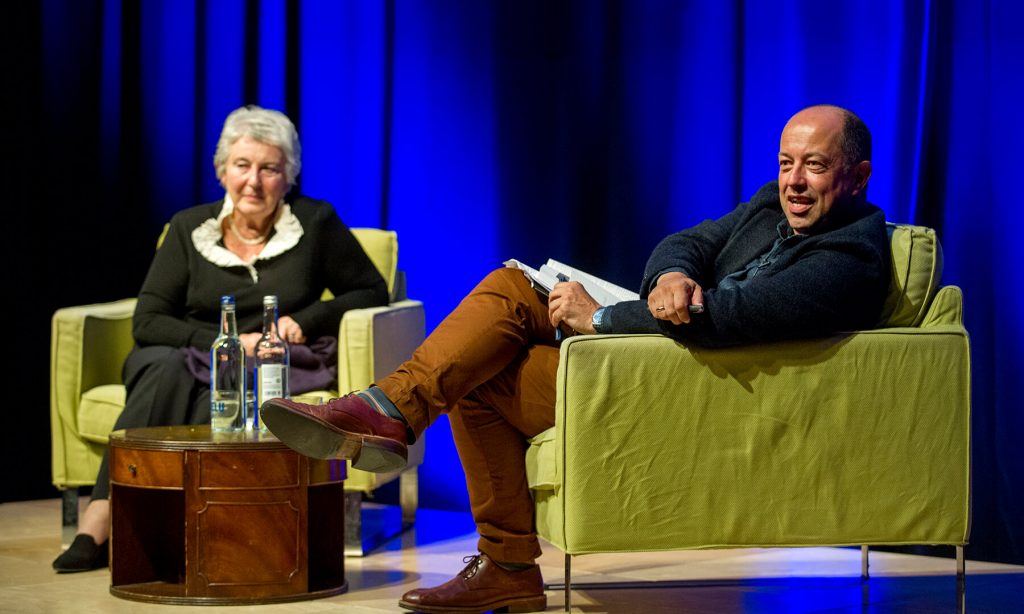 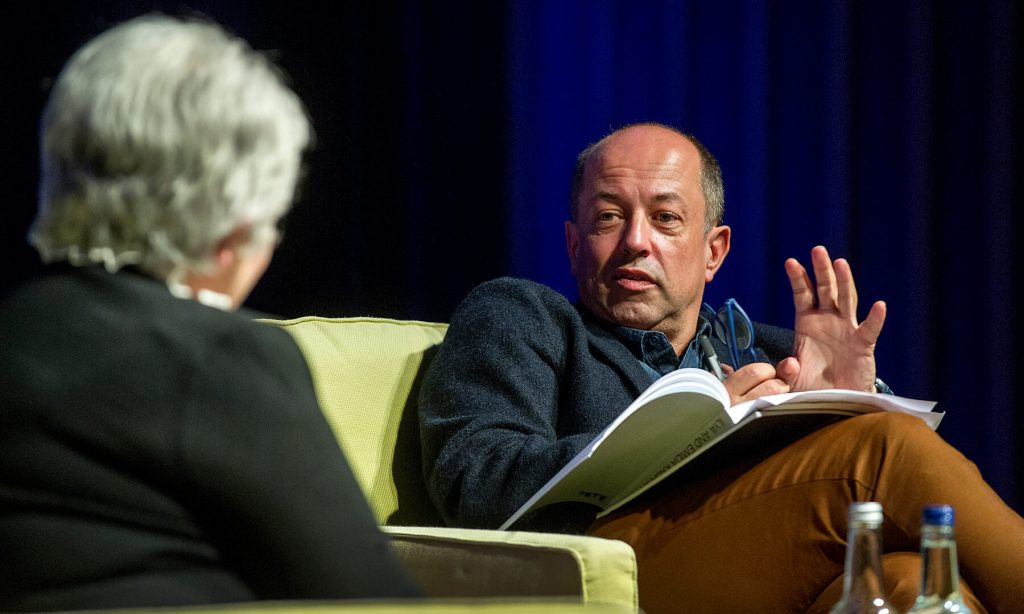 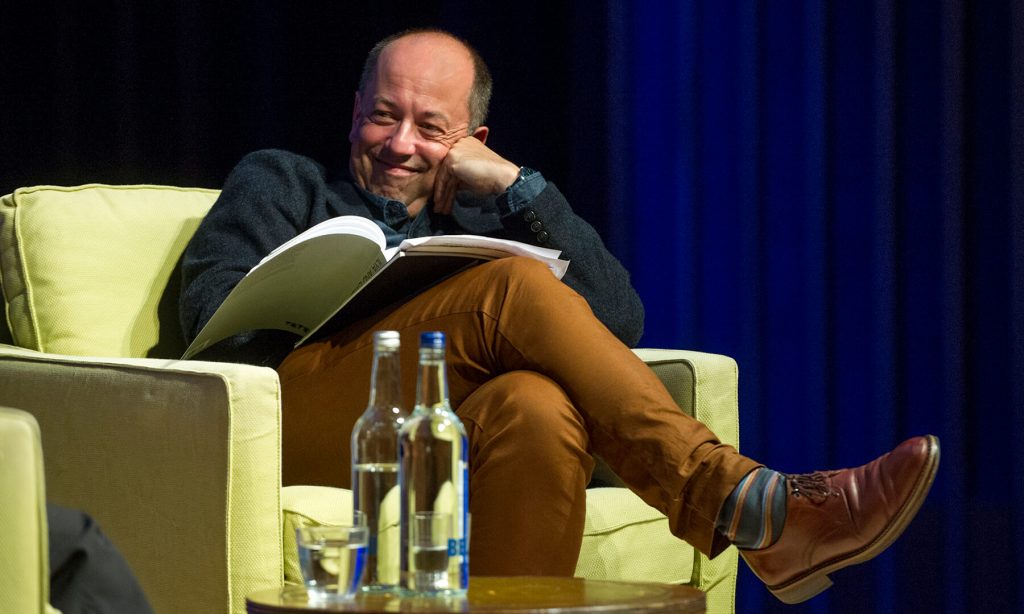 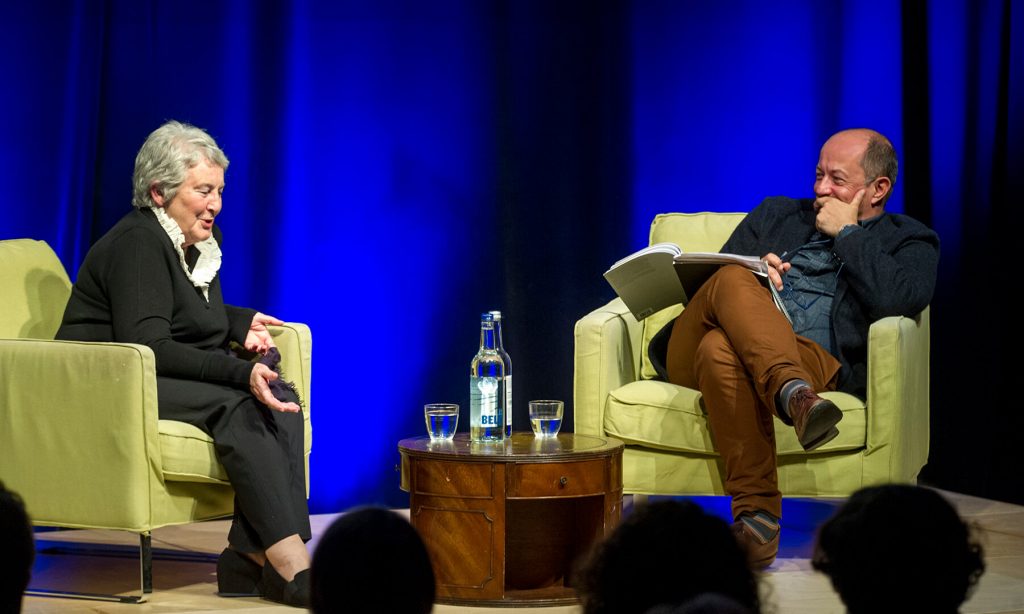 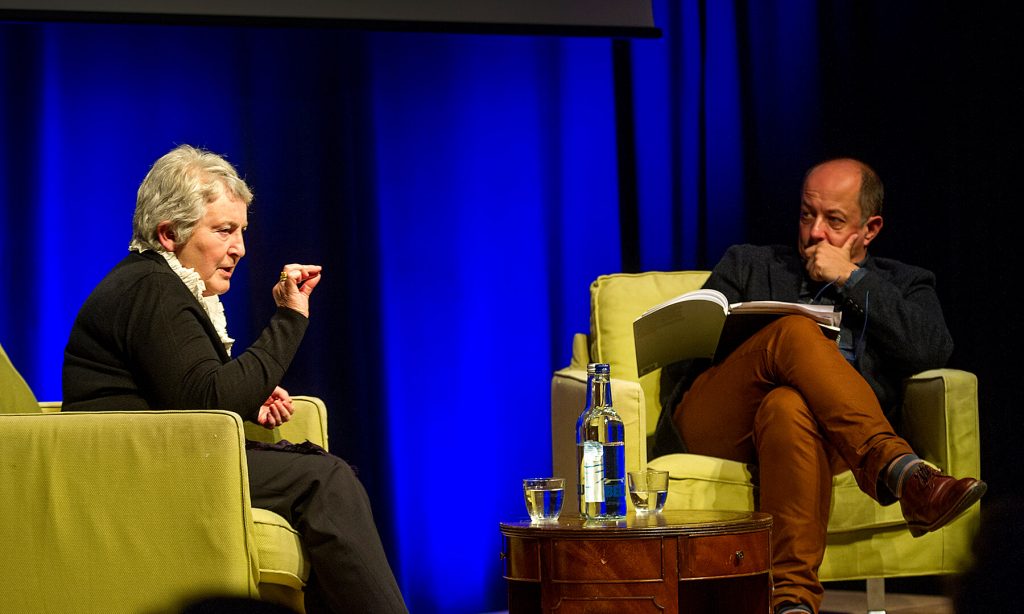 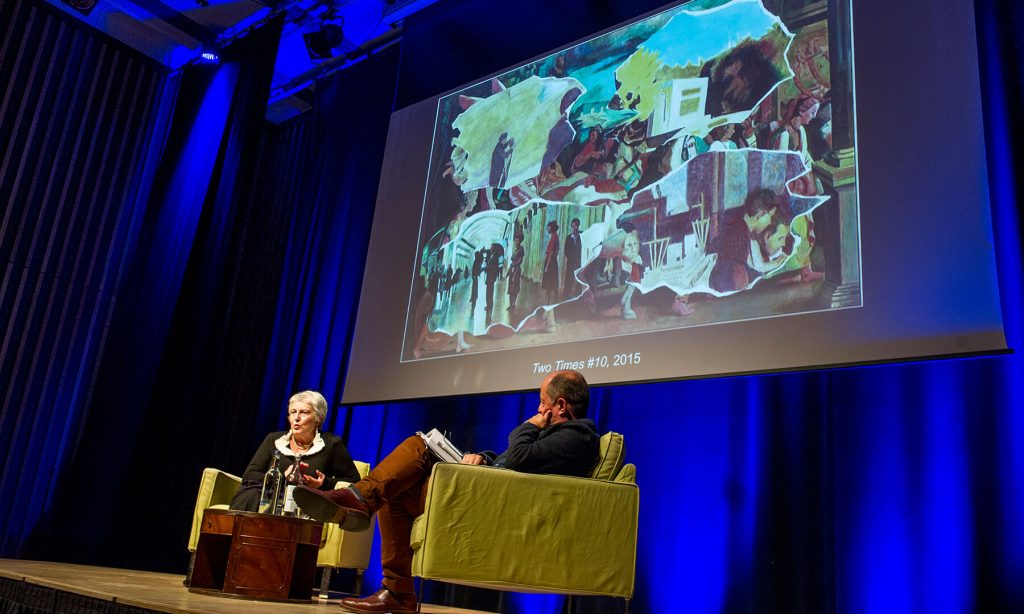 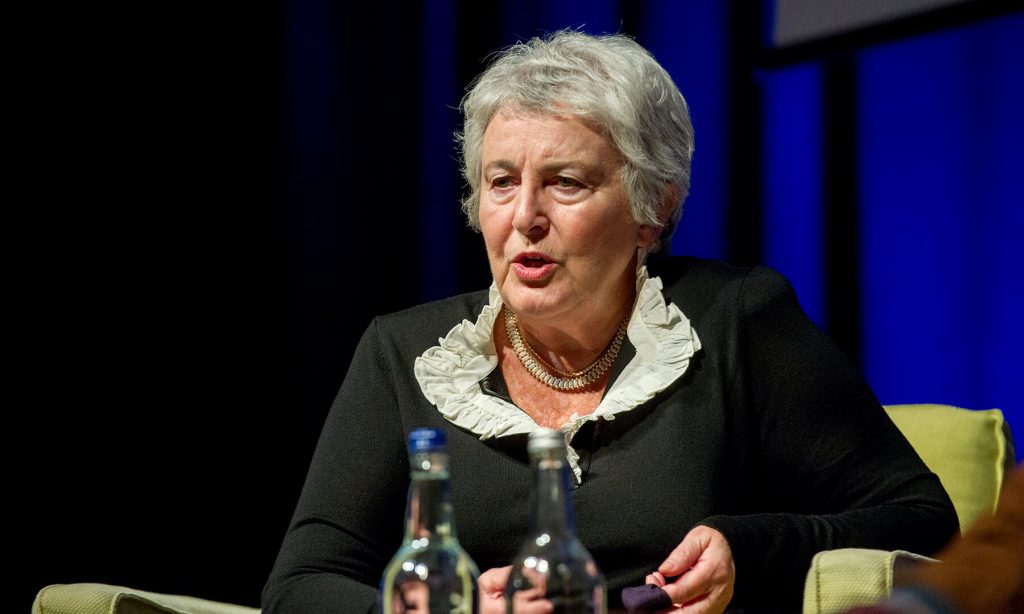 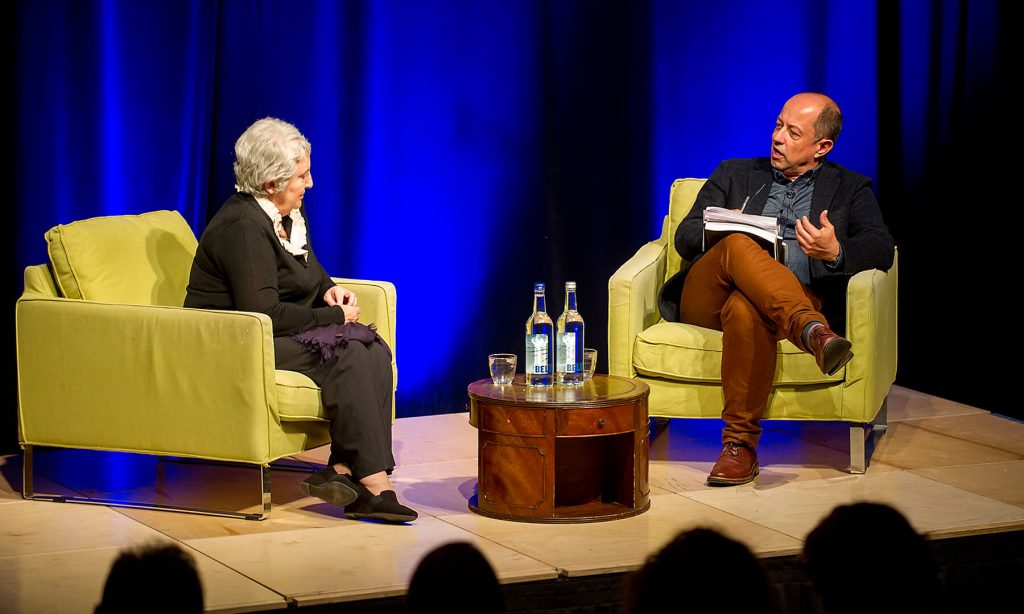 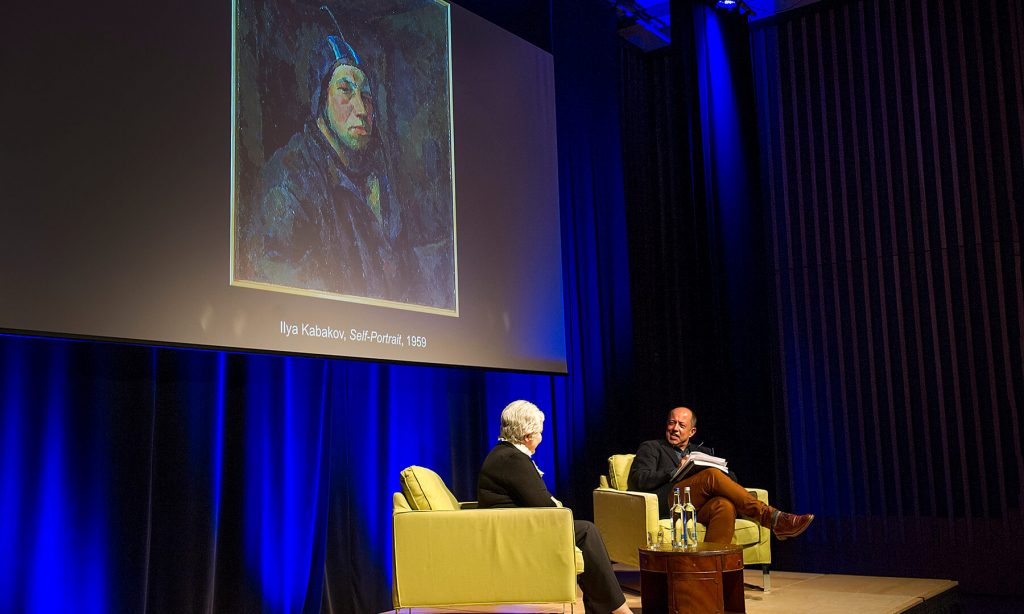 Emilia Kabakov is a Russian-born, American-based artist that collaborates with her husband Ilya on environments which fuse elements of the everyday with those of the conceptual.