George Osborne, Editor of the Evening Standard and former Chancellor of the Exchequer, was quizzed on his views of Brexit, in front of a packed audience at JW3 in Hampstead on Tuesday November 27, by Daniel Finkelstein, OBE, the Associate Editor, Columnist and Leader Writer for The Times, who also sits in the House of Lords as Lord Finkelstein.
Finkelstein opened the discussion by asking his friend about how he found out he was part Jewish (Osborne’s brother discovered their maternal family’s Jewish origins earlier this year) before jumping into the topic that was clearly top of mind for the audience – Brexit.

Osborne said that the blame that was laid at David Cameron’s feet for calling the referendum was unfair as MPs from both the Conservatives and Labour parties had voted to hold it. But he took responsibility for being a part of a government that proposed the referendum – even though he was personally against it.

“My friend David and I worked on the principle that whatever disagreements we had in private, when we reached a decision, we went out and fought for it together.”

But he dismissed claims that the government has handled it badly. “There is nothing surprising about what has happened since [the Brexit vote]… This is what happens when you try to leave the European Union and you need the deal more than they do, when you are trying to undo 50 years of our law-making, our economic arrangements, our national security recommendations,” he said. “So anyone saying ‘if I had been in charge, I would have done better’ is talking rubbish. This is the consequence… we are going to leave the EU and we will have to sign up to all the rules… but we will have no say in them…. If this goes ahead the British voice will not be heard… [French President] Macron will have more of a say on fishing rights in British waters than any British prime minister.”

Osborne explained the different political scenarios he believes are possible as the country figures out its post-Brexit relationship with the European Union – speaking passionately against the “no deal” option and for “Norway+”.

“There is nothing surprising about what has happened since [the Brexit vote]… This is what happens when you try to leave the European Union and you need the deal more than they do.”
He believes Parliament should not pass the deal that Prime Minister Teresa May has brokered and that it will in fact fail when it comes to a vote. If the government tries to leave the EU without a deal, a good number of Conservatives would join with Labour to prevent that. That would likely lead to a vote of no confidence in the prime minister – and then a general election is almost inevitable.

“I want us to find a sensible home and I would rather we go into an existing organisation [like the EEA] that regularly meets with the EU,” he said. “While this does mean allowing freedom of movement, there are mechanisms that could put that on hold if there was too much immigration.”

The conversation also covered his time in government, including his record as Chancellor, the coalition with the Liberal Democrats and his relationship with David Cameron, and an examination of the current state of the parties. Despite the polarisation and internal struggles seen in both Labour and the Conservatives, Osborne was hopeful that his party could change. He said: “The Conservative party in my day was more progressive and I can’t think that those voters have evaporated… I want the party to fill that middle space between angry Brexiteers and Labour.” 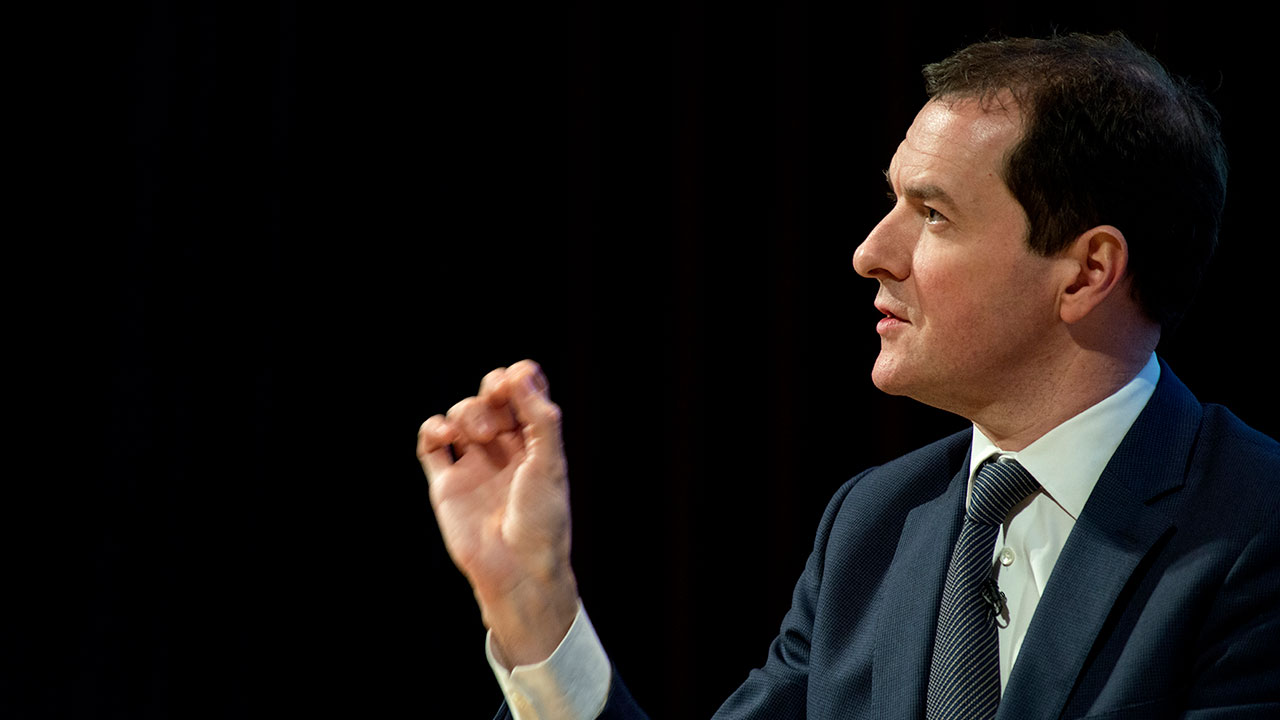 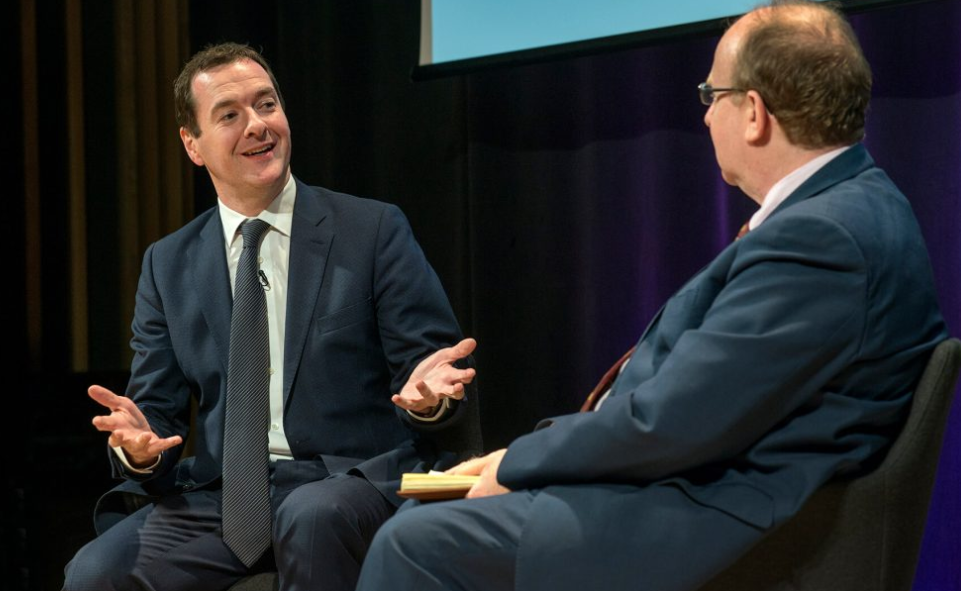 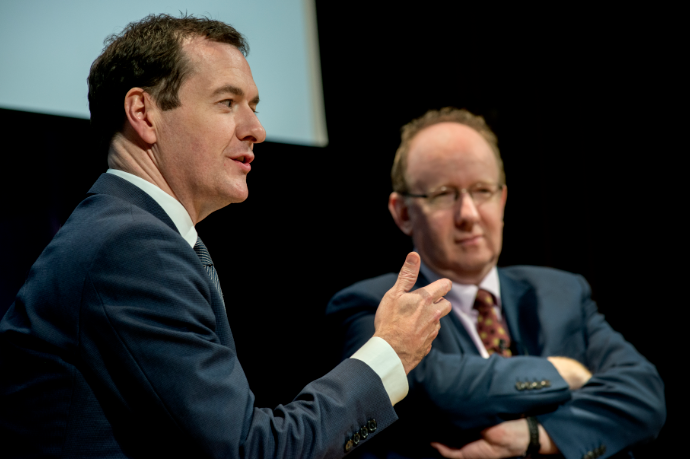 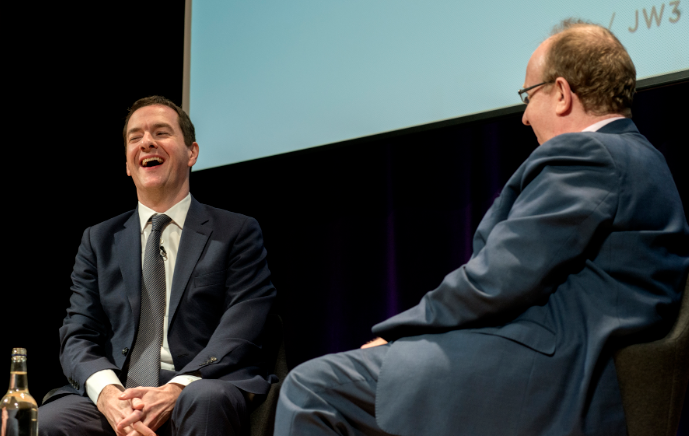 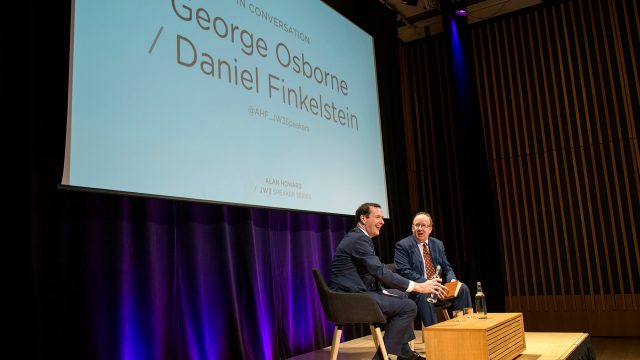 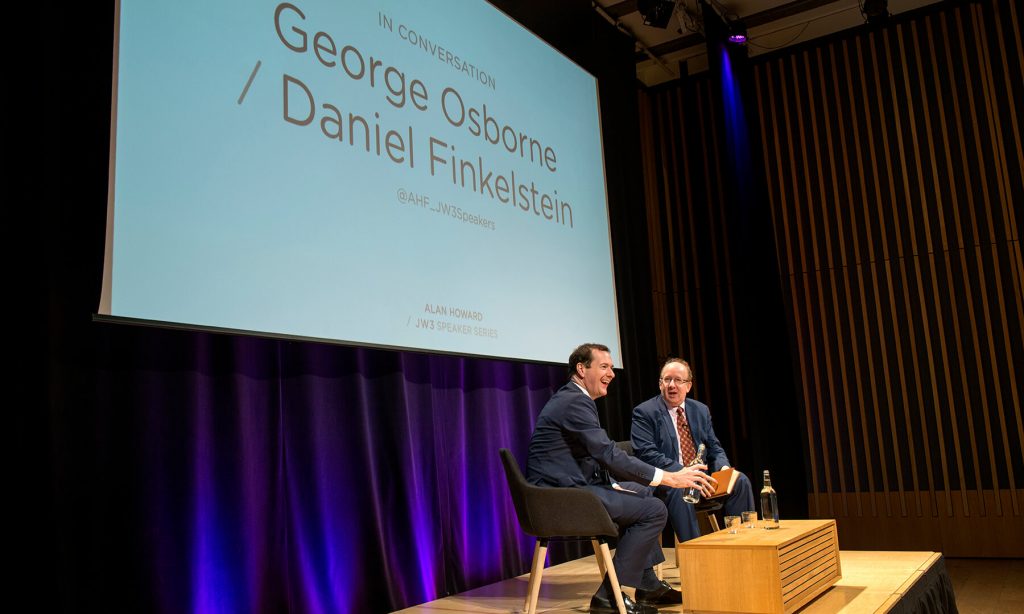 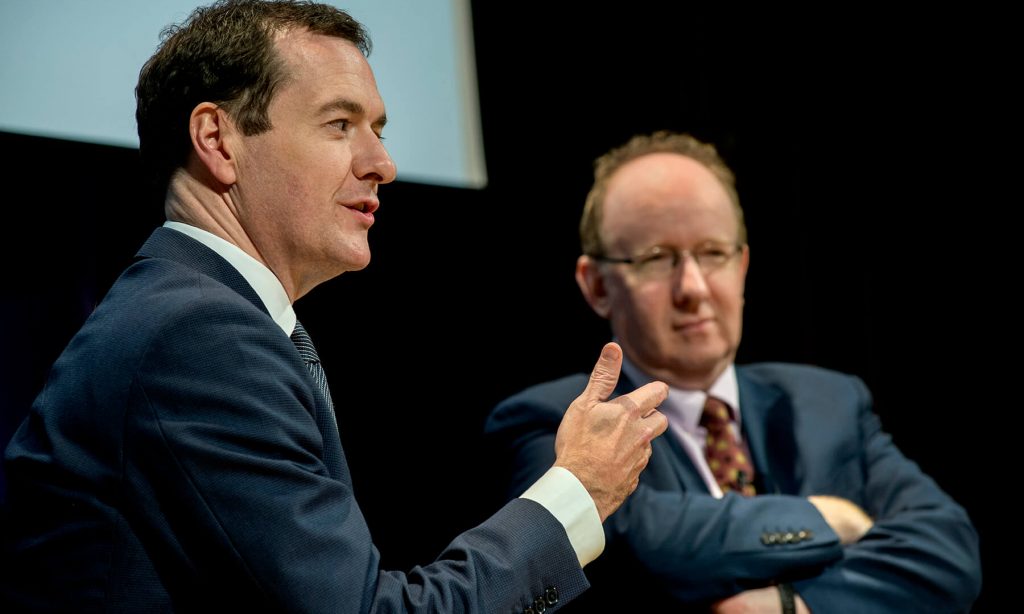 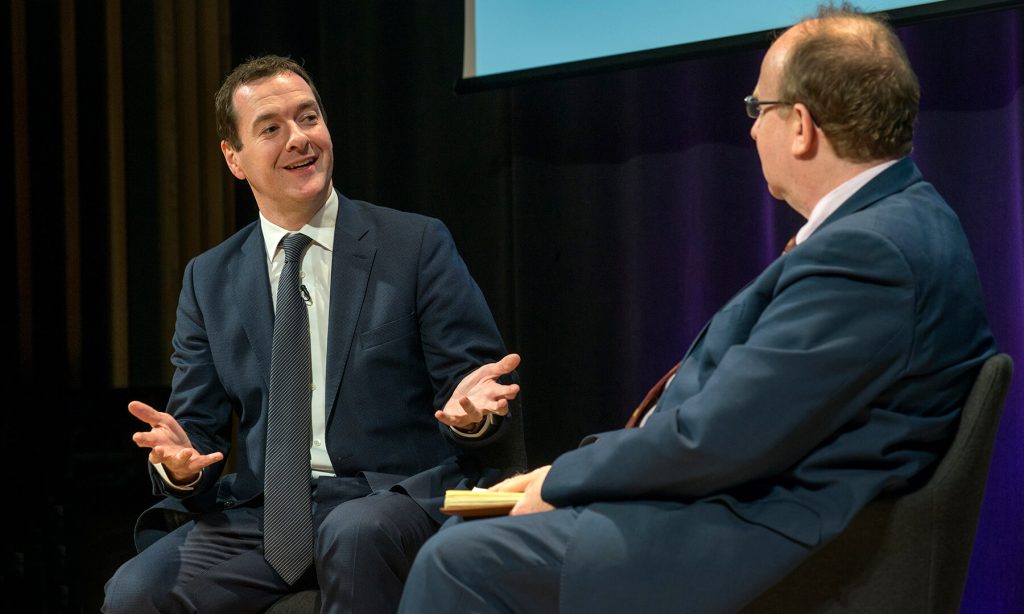 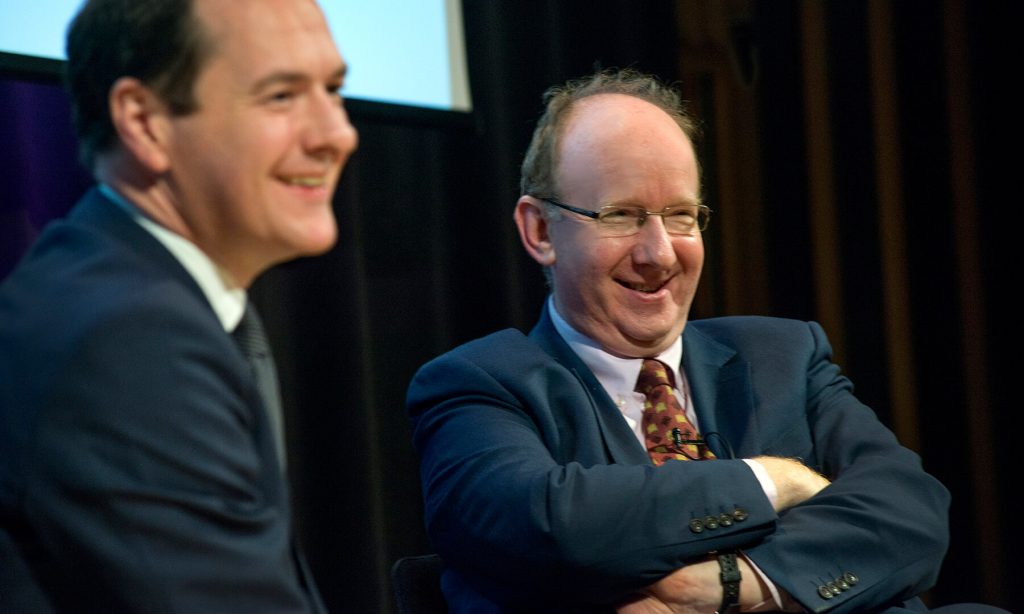 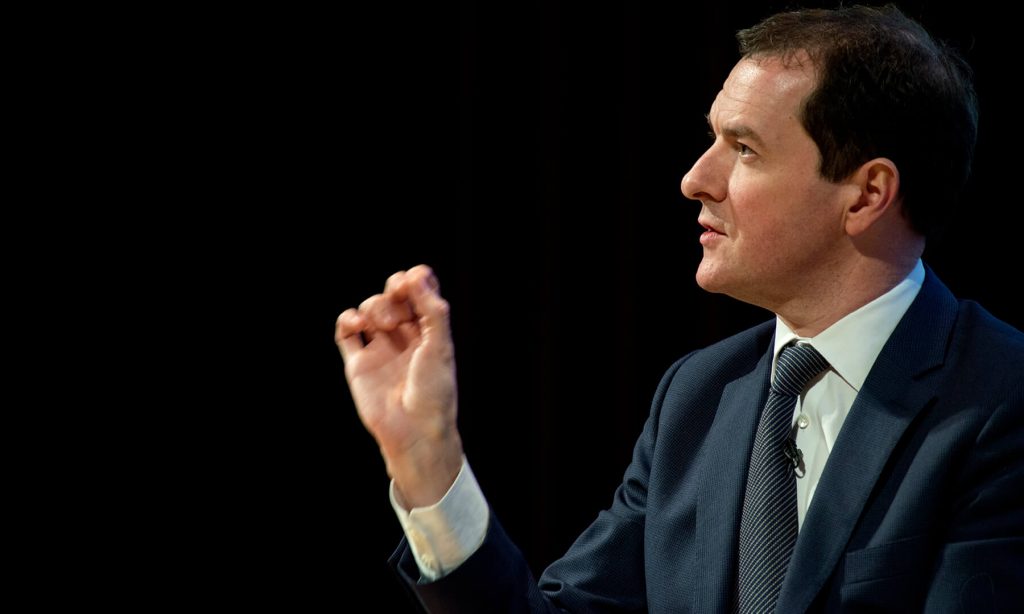 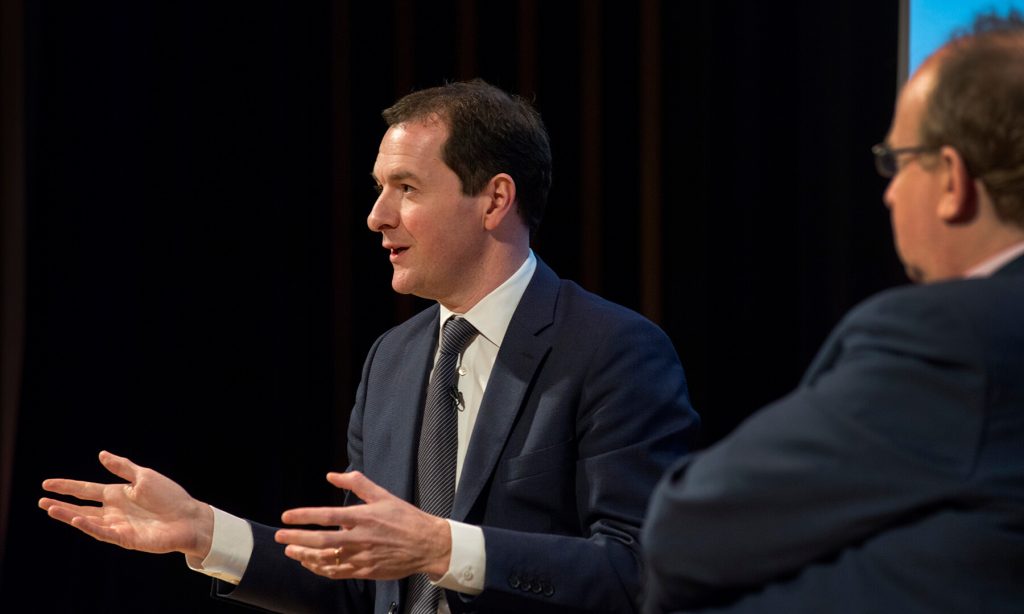 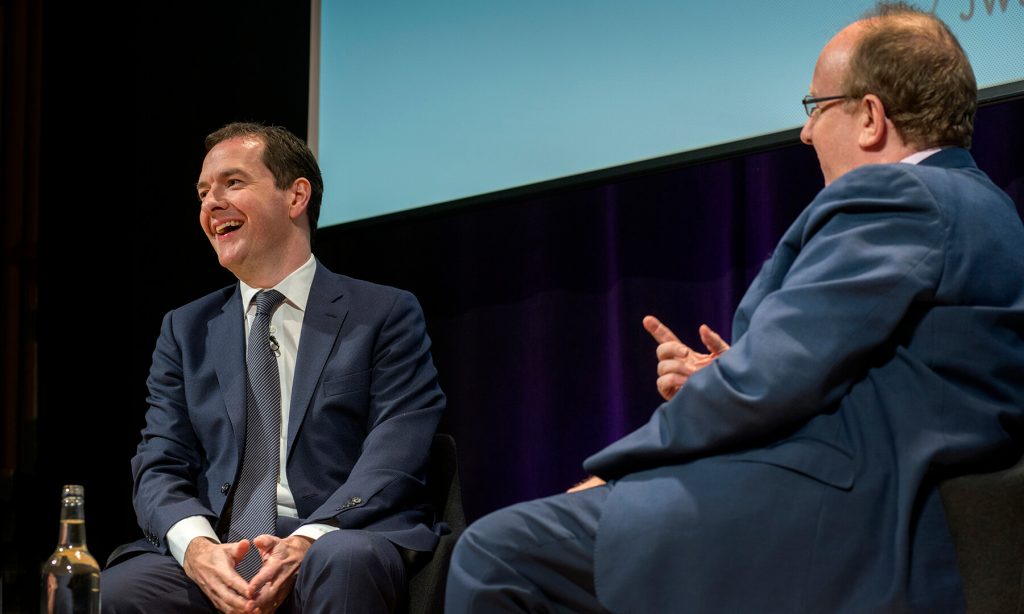 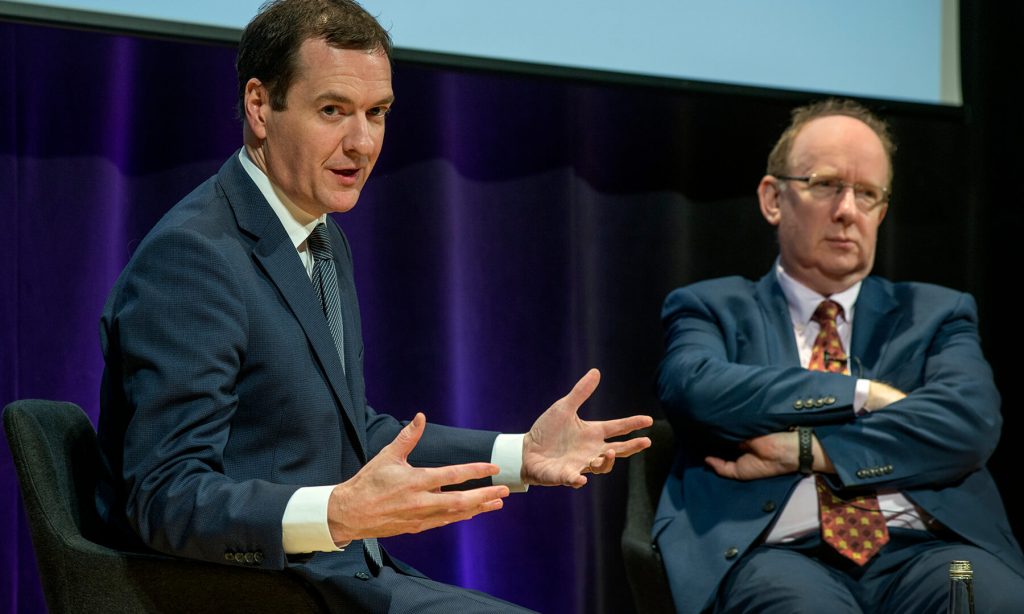 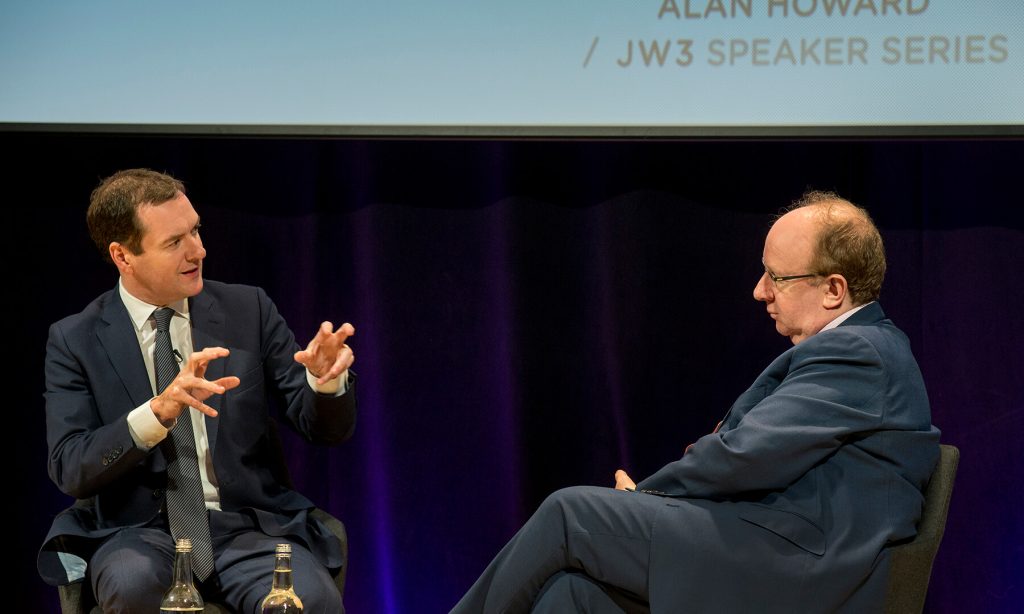 George Osborne is the Editor of London’s Evening Standard newspaper and was the UK’s Chancellor of the Exchequer from 2010 to 2016 and First Secretary of State from 2015 to 2016.

Daniel Finkelstein, OBE, is the Associate Editor, a Columnist and Leader Writer for The Times. He also sits in the House of Lords as Lord Finkelstein.