Former treasury secretary for President Clinton and director of the National Economic Council for President Obama, Summers is President Emeritus at Harvard University. This was the fifth conversation in Alan Howard / JW3 Speaker Series, previous speakers include Ben Bernanke, Mike Milken, John Landis, Anselm Kiefer and Garry Kasparov. Lawrence H. Summers used his speech to point out that President Vladimir Putin of Russia and President Xi Jinping of China had higher opinion poll ratings than the US congress and British Parliament.

Western voters had lost trust in their politicians, because average wages had not risen in 15 years he said.

“How we meet these challenges is how our politicians will be judged,” he said.

In order to create successful societies, Lawrence H. Summers believes that politicians must create healthy economies that allow the middle class to flourish.

“How we meet these challenges is how our politicians will be judged.”

“Countries where the middle class are seeing a steady increases in their standard of living and where parents can confidently look forward to their children living materially better and more prosperous lives than they did, almost without exception, are success stories,” he said,

“Conversely, where that objective is not achieved, it is rare for other objectives to be achieved either.”

To create a healthy economy, governments must fight deflation and invest in infrastructure he stated.

“If we can borrow money for 1.75 per cent for ten years in a currency we print ourselves and at a moment when male unemployment is a near record high, then if this is not the moment to fix Kennedy Airport I don’t know when that moment will ever come,” he said.

“If this is not the moment to fix Kennedy Airport I don’t know when that moment will ever come.”

To illustrate the need for more efficient government, Summers said General Paton built a bridge across the Rhine in 23 hours during World War Two, but US authorities had taken four years to repair a bridge near Harvard University today.

Jacques Attali, French economist and writer, will be conducting the Southbank Sinfonia. 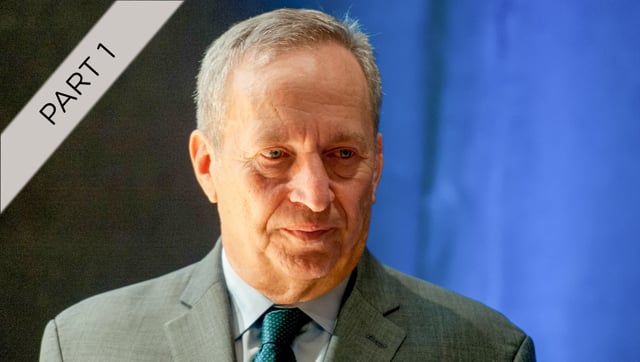 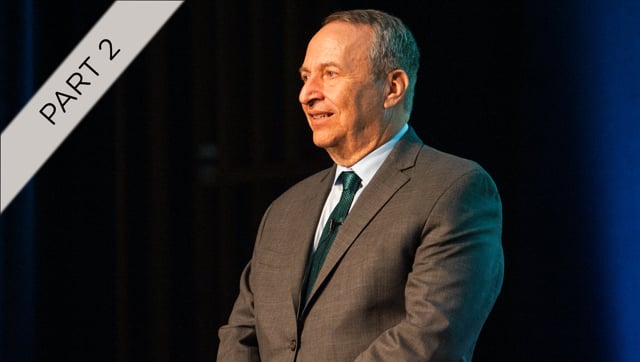 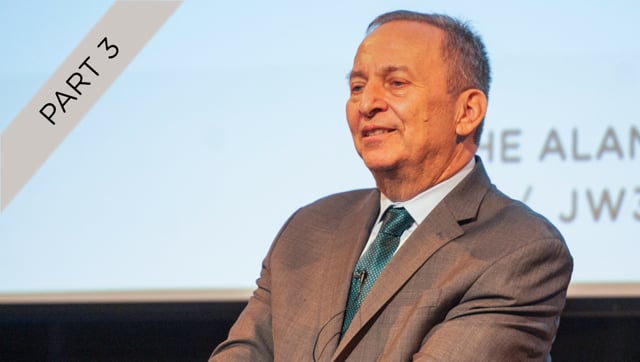 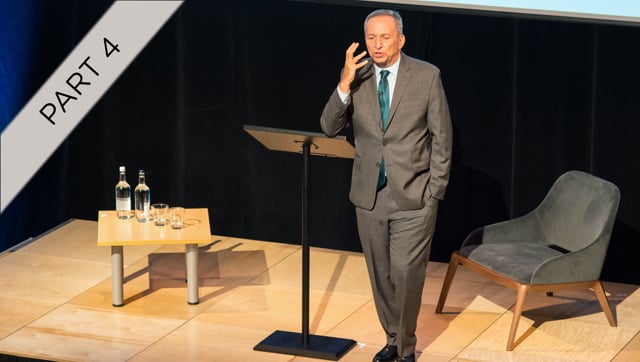 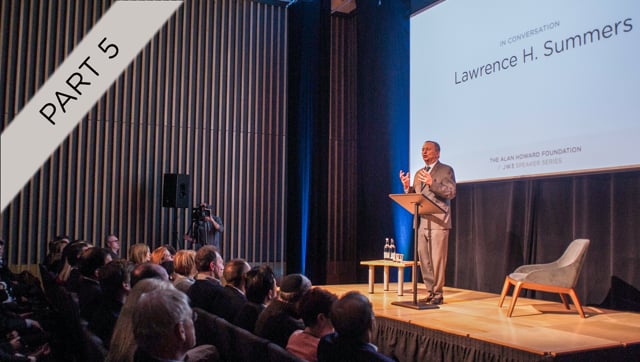 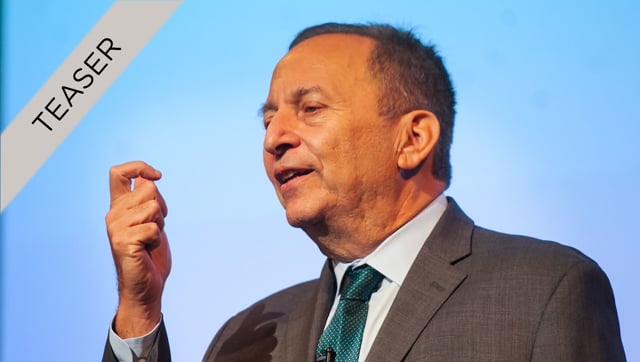 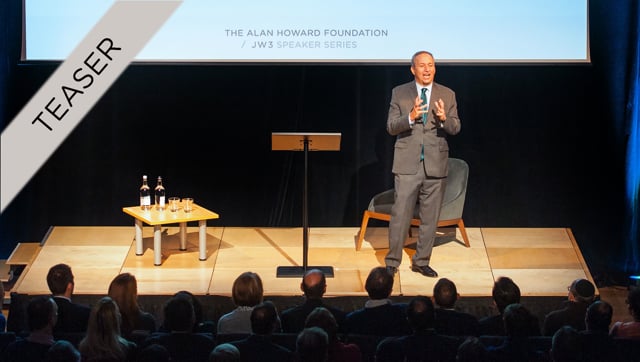 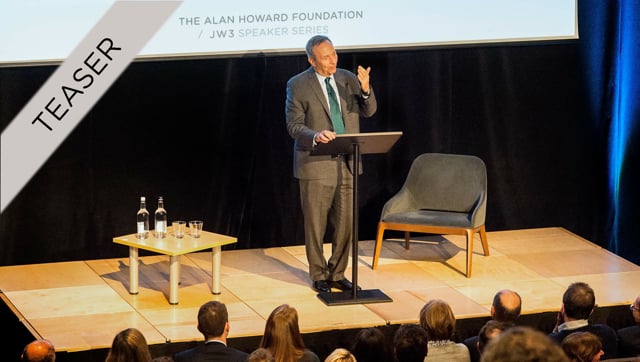 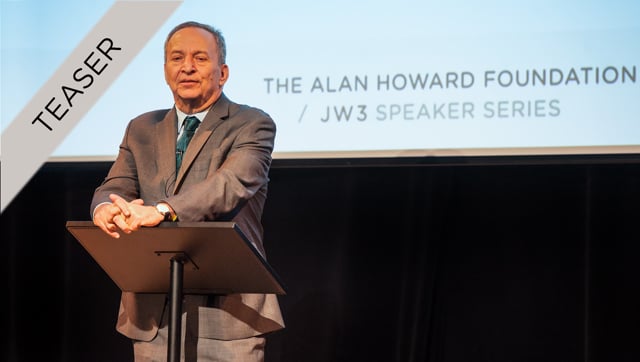 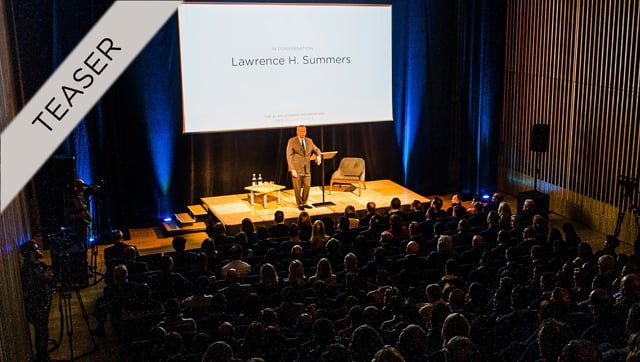 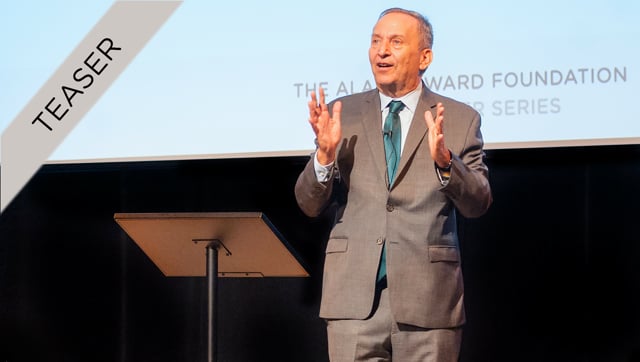 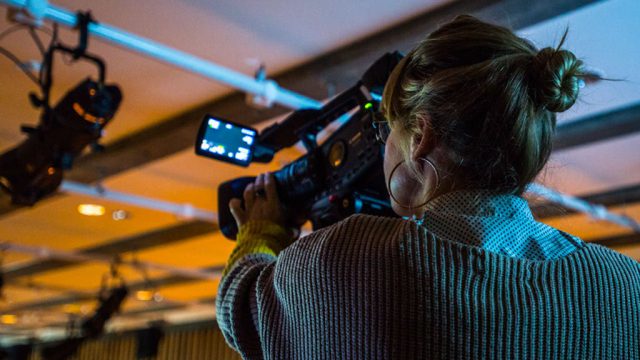 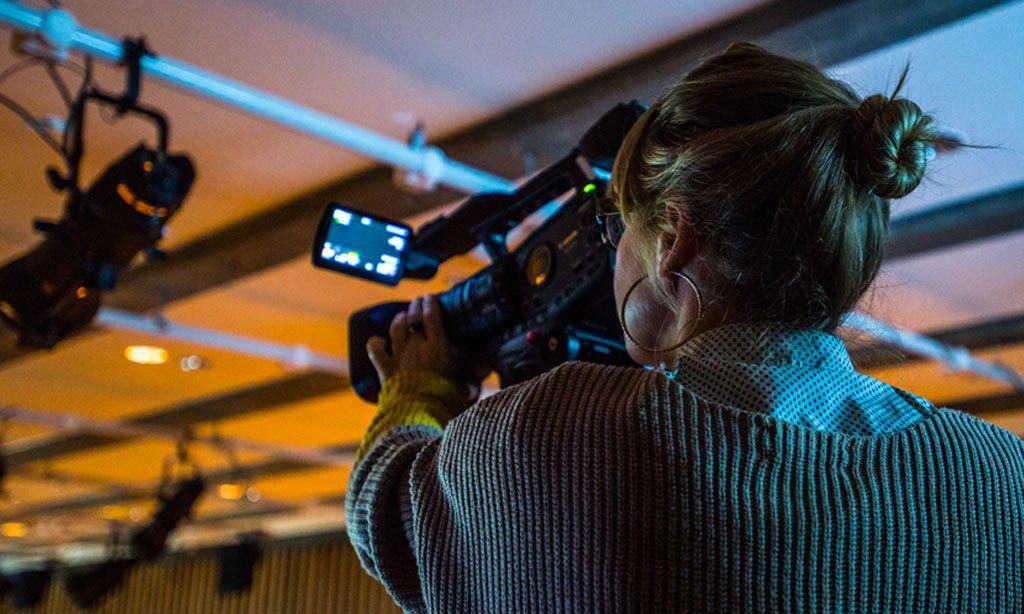 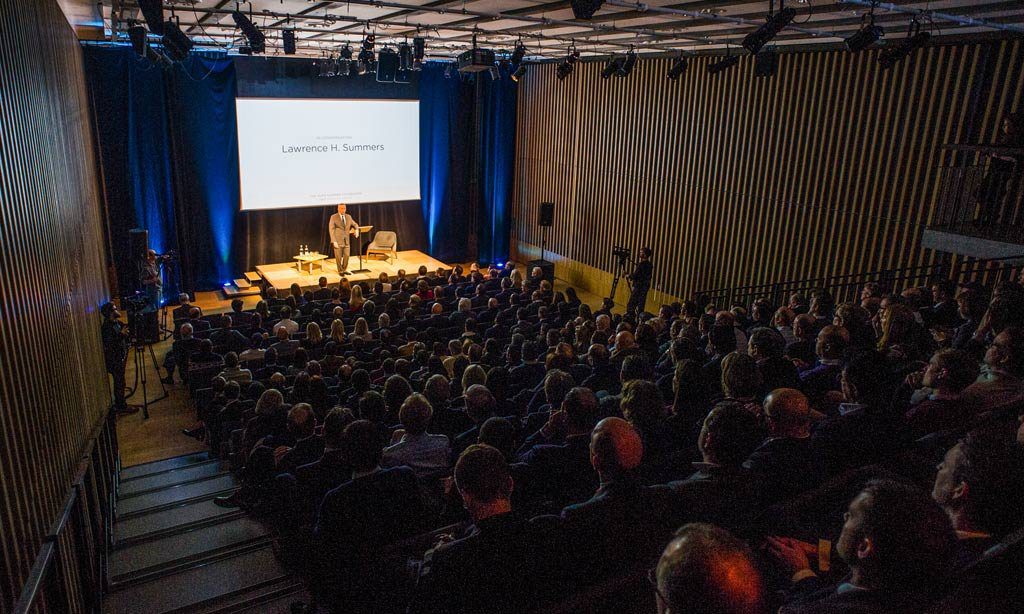 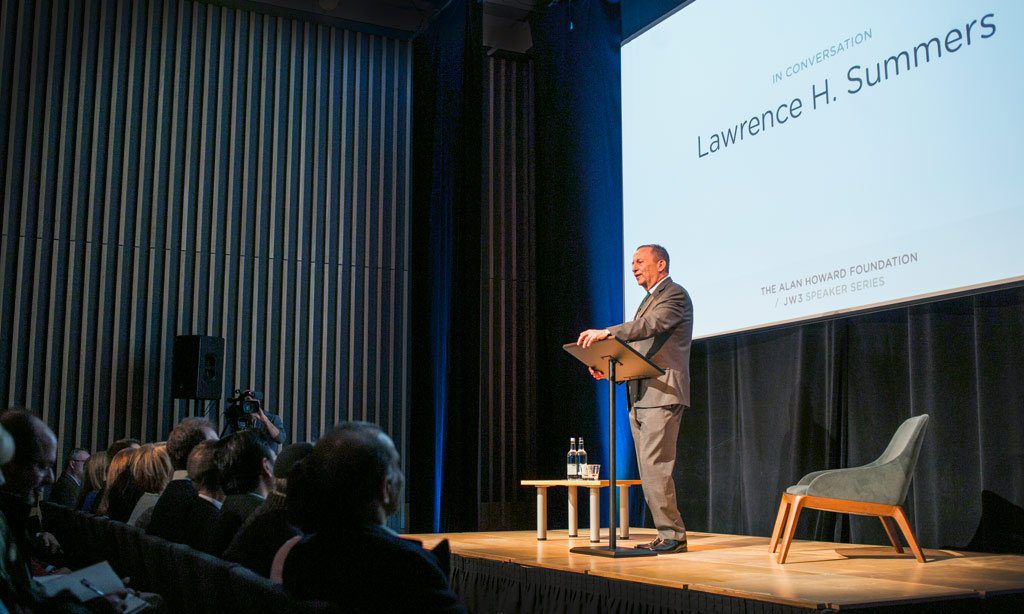 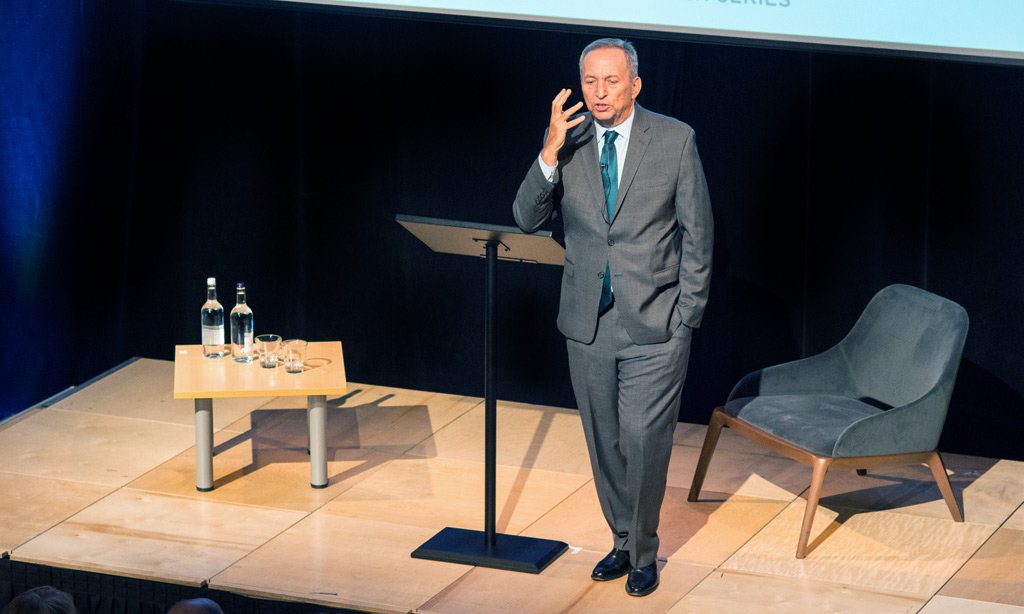 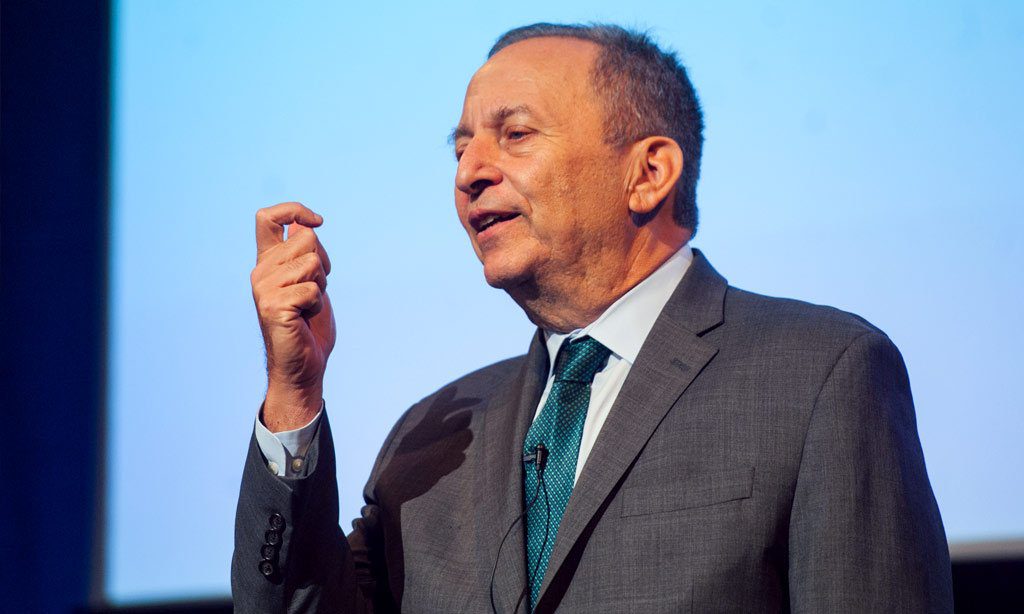 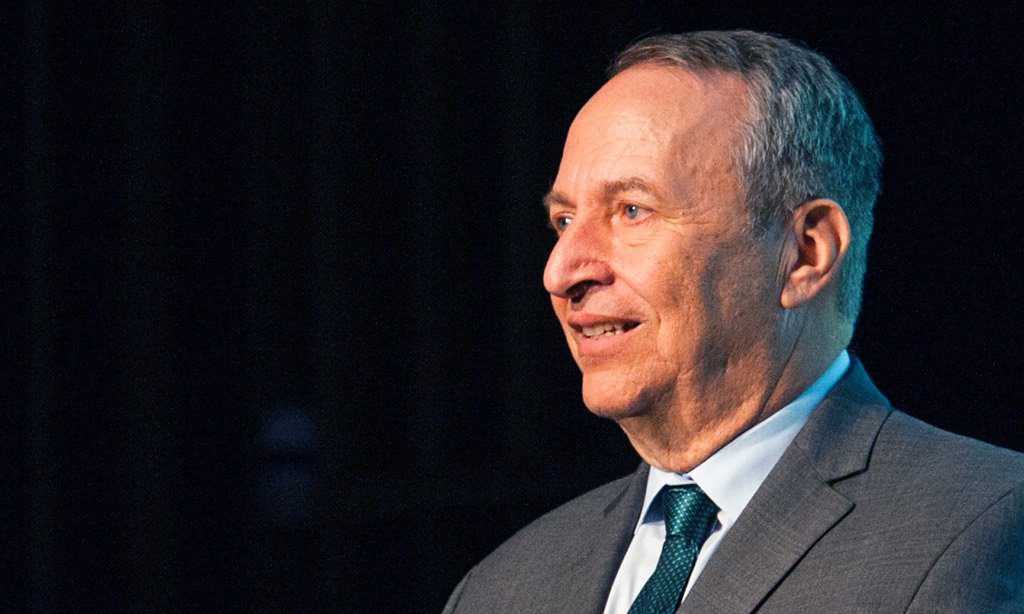 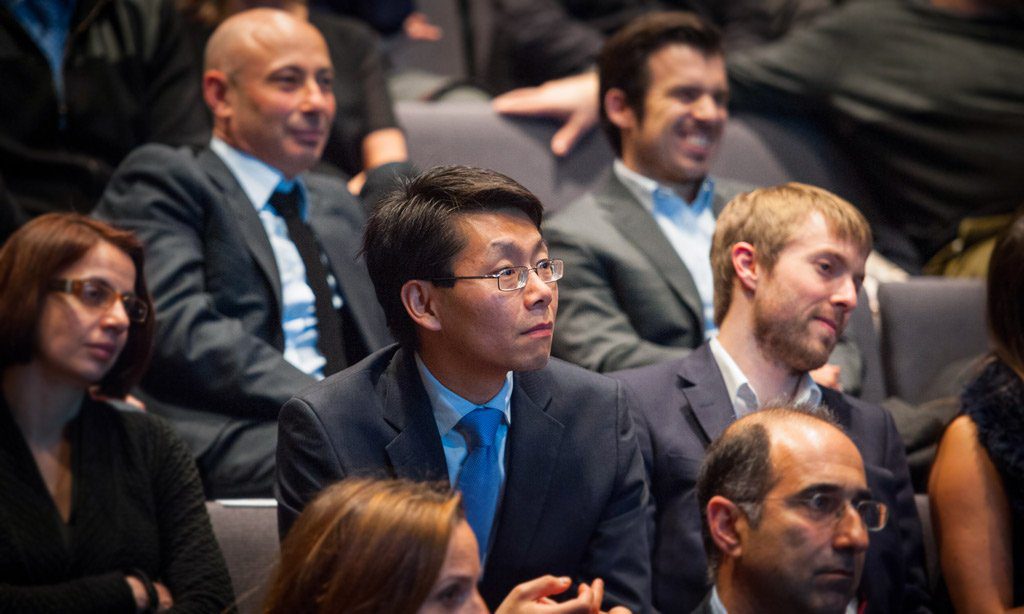 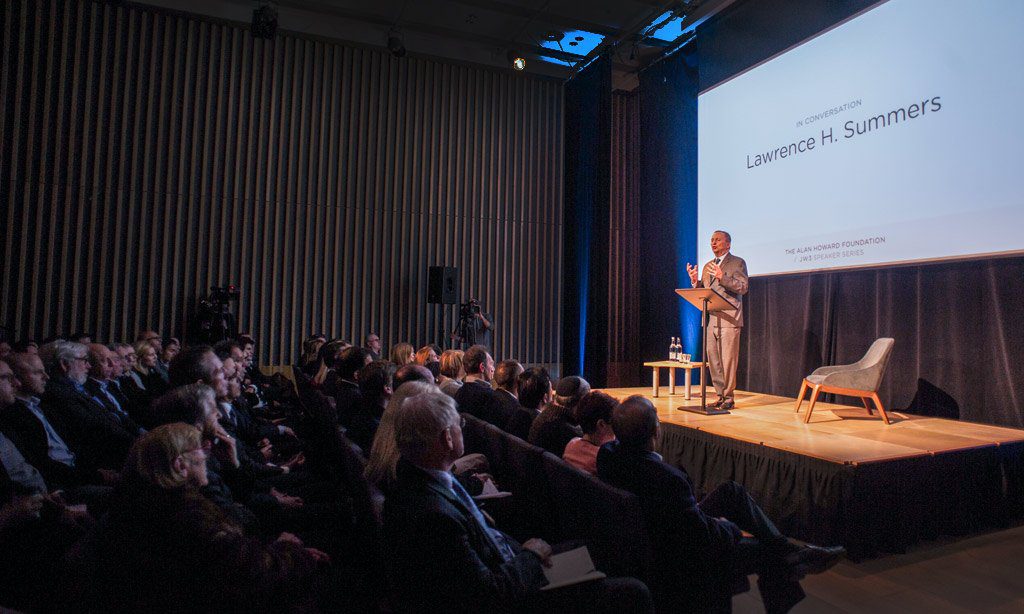 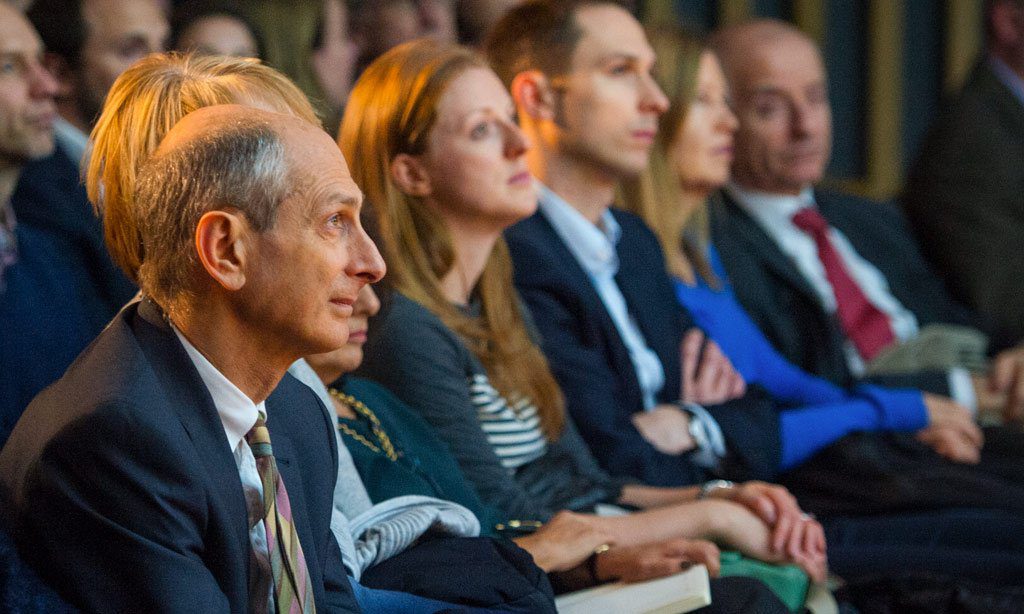 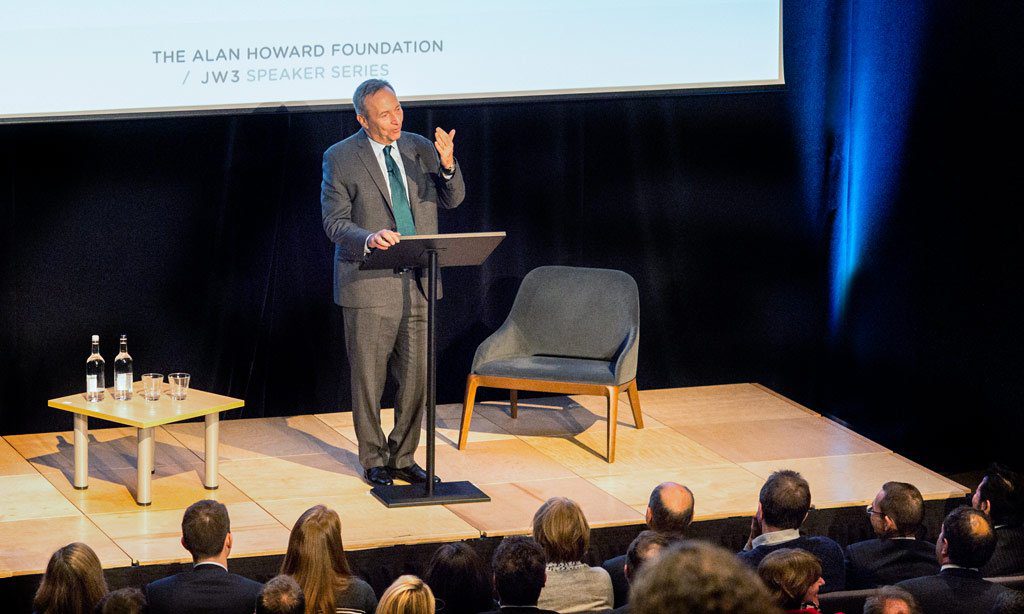 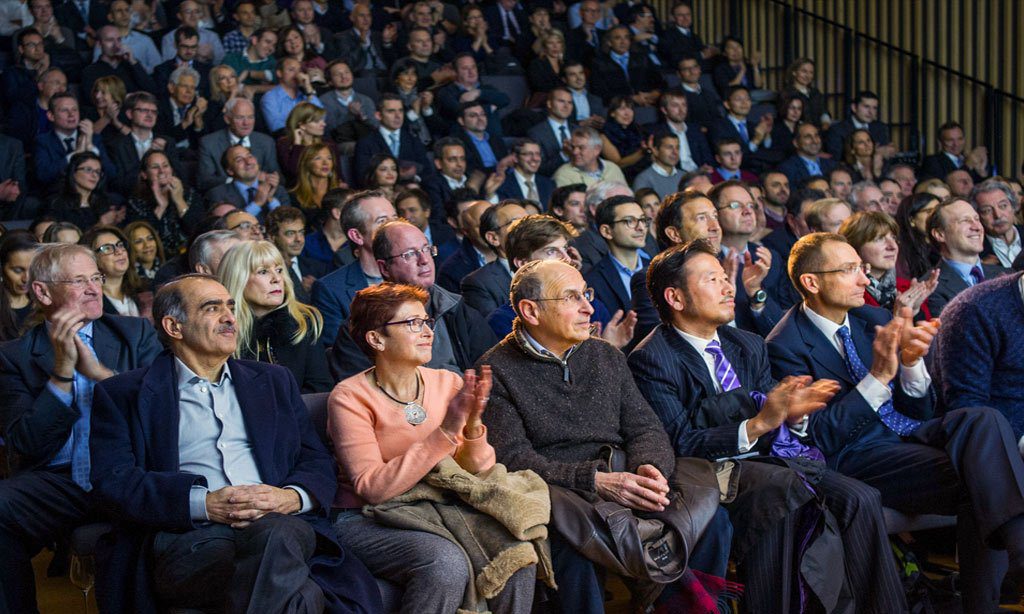 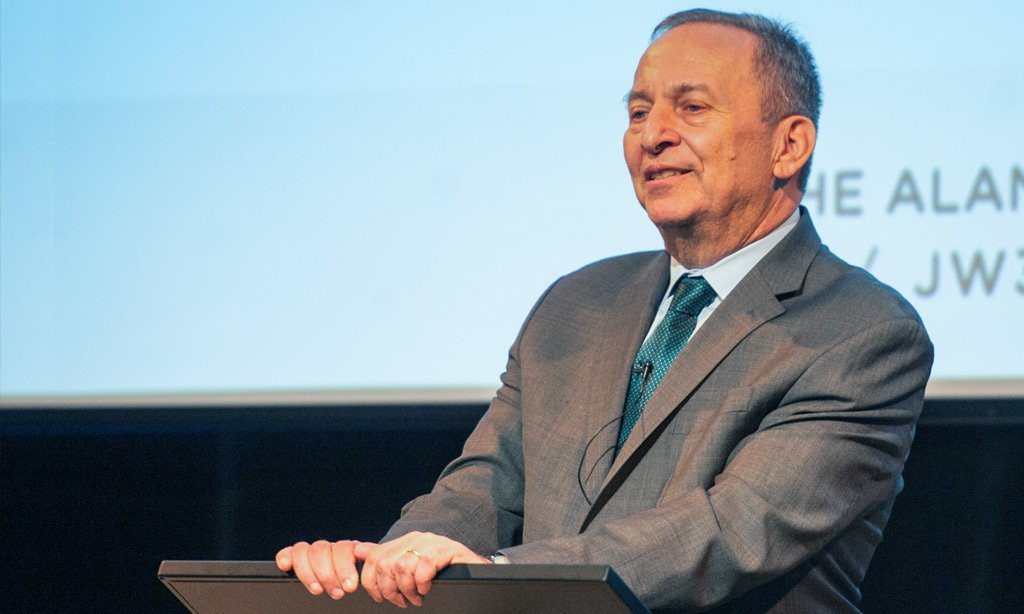 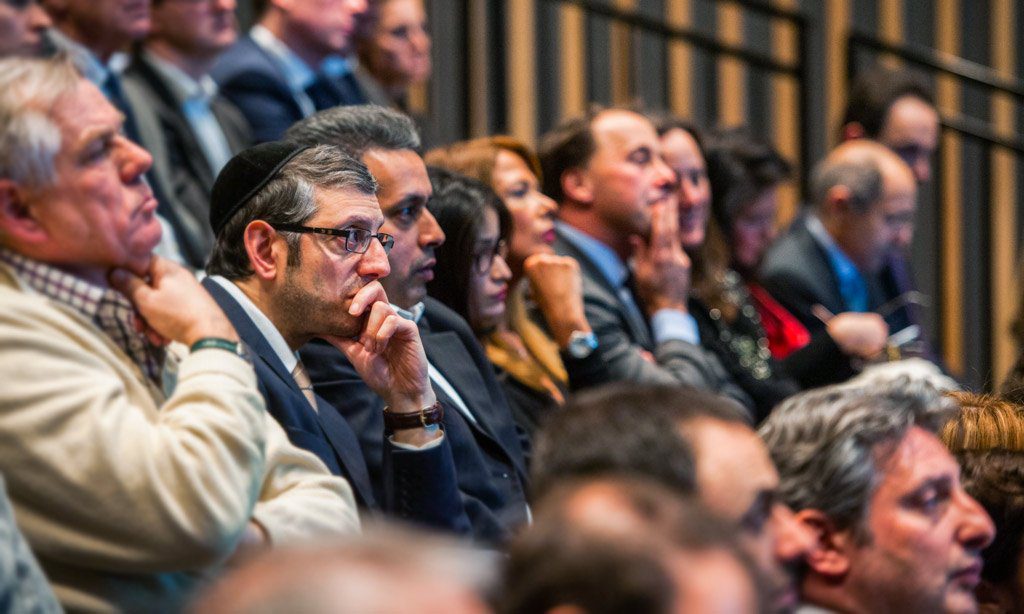 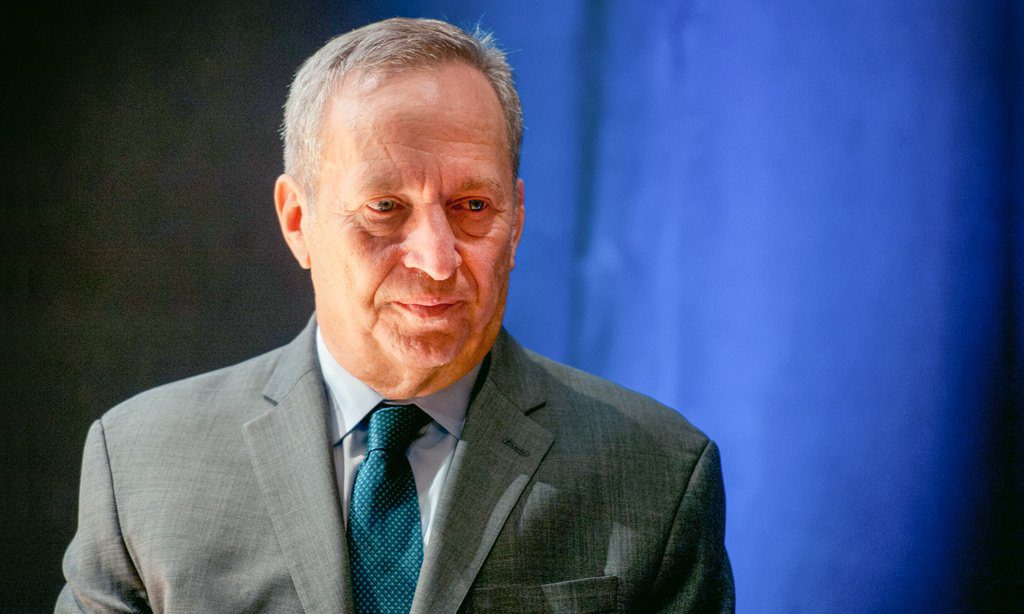 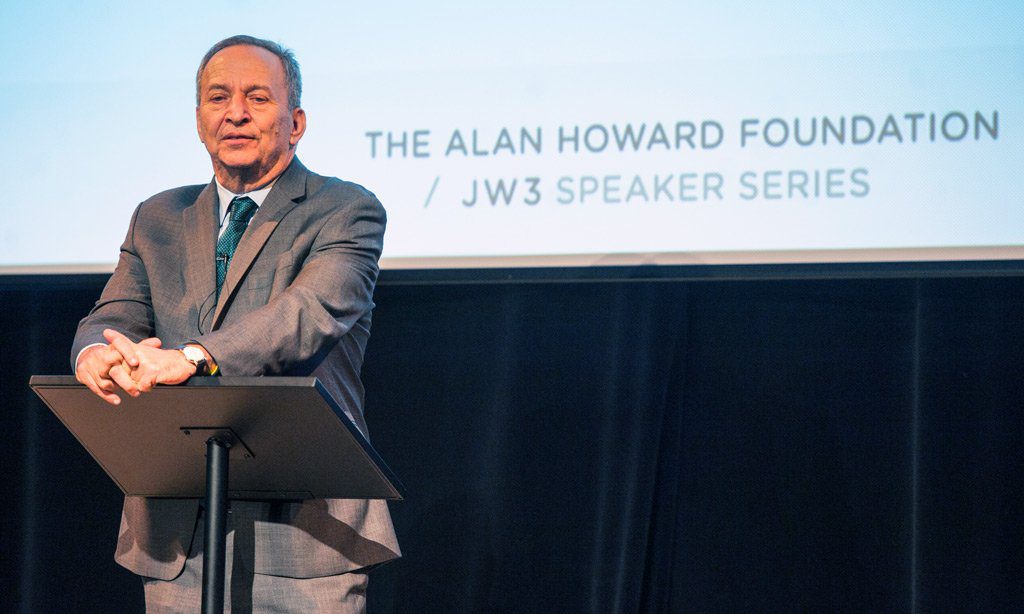 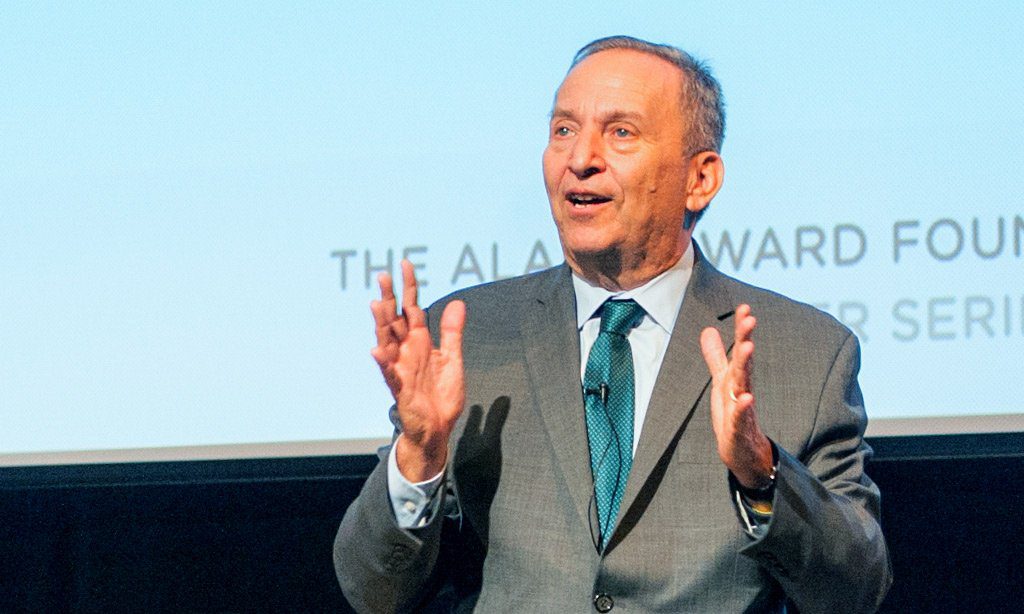 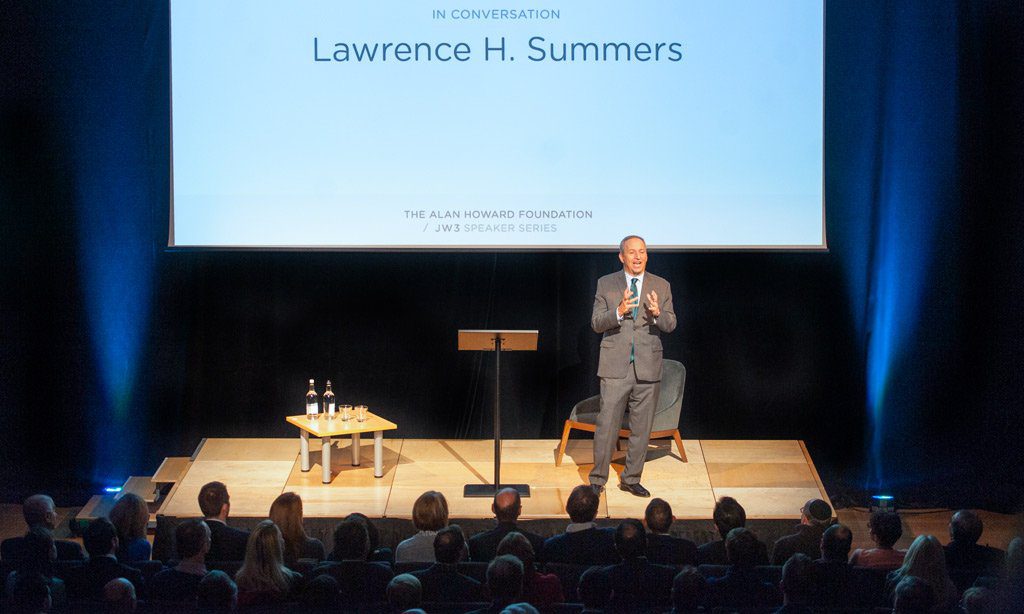 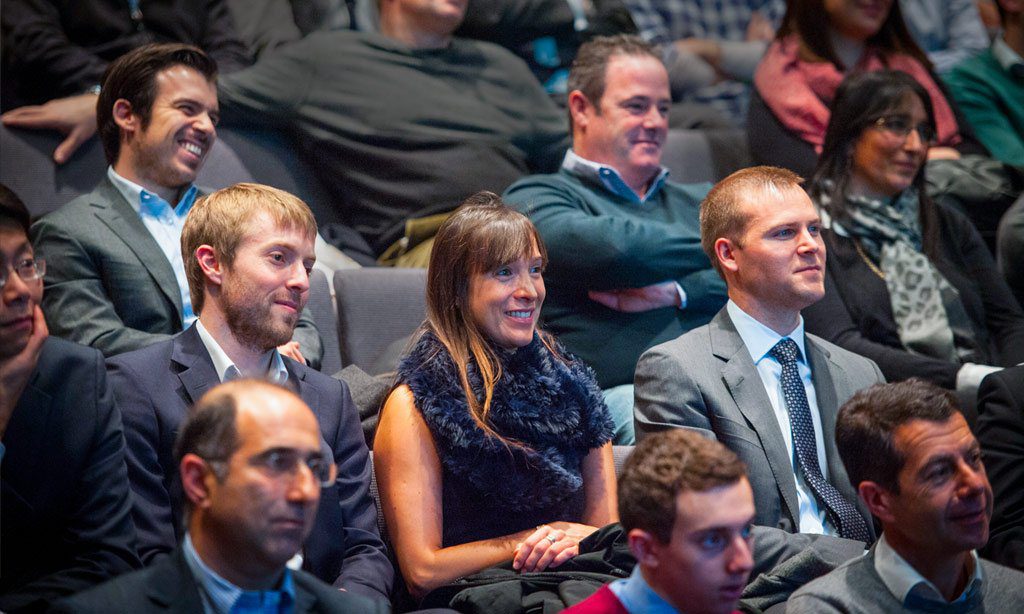