Addressing a sold out audience at JW3 cultural centre in London on 23rd February 2016, renowned women’s rights advocate and Islam reformist Ayaan Hirsi Ali urged, “We need to start talking about how the fabric of modern society is threatened by extremes.” Describing Islamism as an aggressive, expansionist and misogynistic religion, she said, “In the west, we fear being politically correct and so we are closing the door to any intelligent conversation about the threat we are under.”

She described Medina Muslims as those who desire the reformation of the Caliphate and require their faith be imposed on others against their will.

Hirsi Ali explained that Mecca Muslims are those who are loyal to the core creed and worship devoutly but are “not inclined to practice violence.”

Finally, she said she hoped and believed that the Modifiers – reformist Muslims – could be empowered to approach the Medina Muslims in the way that “we as a society should confront any extremist faction such as Communism or Nazism.”

“We as a society should confront any extremist faction such as Communism or Nazism.”

Also on stage was anti-extremism activist Maajid Nawaz, who said that “Islam is neither a religion of war or peace – or perhaps it’s both.”

“Islam is neither a religion of war or peace – or perhaps it’s both.”

Explaining that ISIS is the most brutal terrorist group history has ever known, Nawaz said that the idea of Islamism needs to be “intellectually terminated and demands reform.”

Nawaz conceded: “[As extremists] we grew up glorifying the Caliphate idea. It looked glamorous on paper.”

In an extraordinary moment of truce, former adversaries Nawaz and Hirsi Ali called for a common way forward in a time of crisis – they urged a path towards Islamic moderation and enlightenment for the betterment of society as a whole.

Hirsi Ali called for a radical change in the western education system where students should be informed of the values of free speech and democracy just as zealously as they are imbibed with the “utopian ideals” of the Caliphate.

She said, “We need to educate young people about Medina Muslims and, to do that, we need to have free speech. The Medina Muslim outlook needs to be eliminated because it leads to ISIS.”

“By 14 and 15-years-old, children should know what is right or wrong – and it’s clear they don’t. That’s a failure of the education system.”

Concluding the fourth conversation in the second season of Alan Howard / JW3 Speaker Series, Nawaz said: “This suffocation of conversation is not the way forward. We need to challenge the traditional notions. We need to make it taboo to be a Muslim theocrat.” 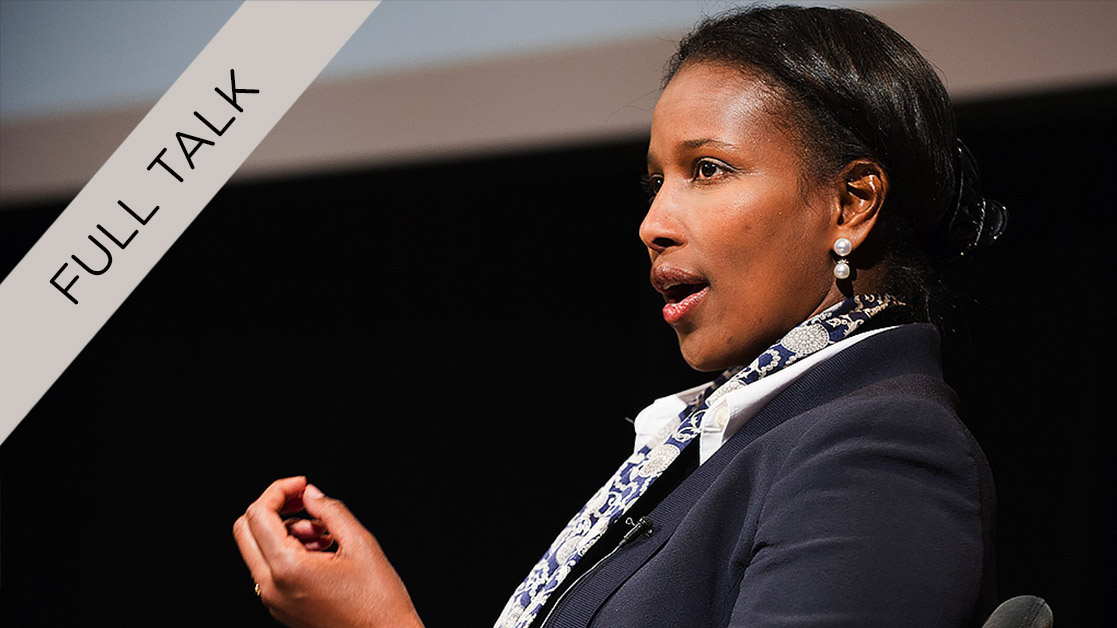 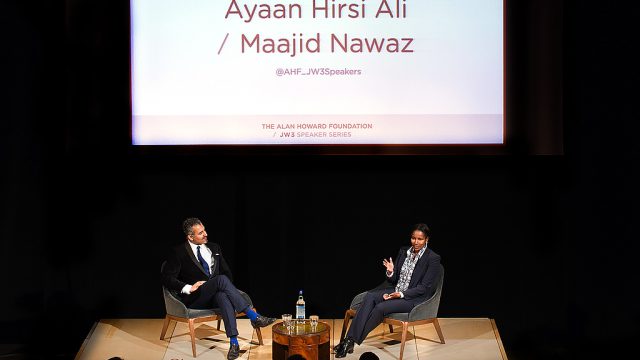 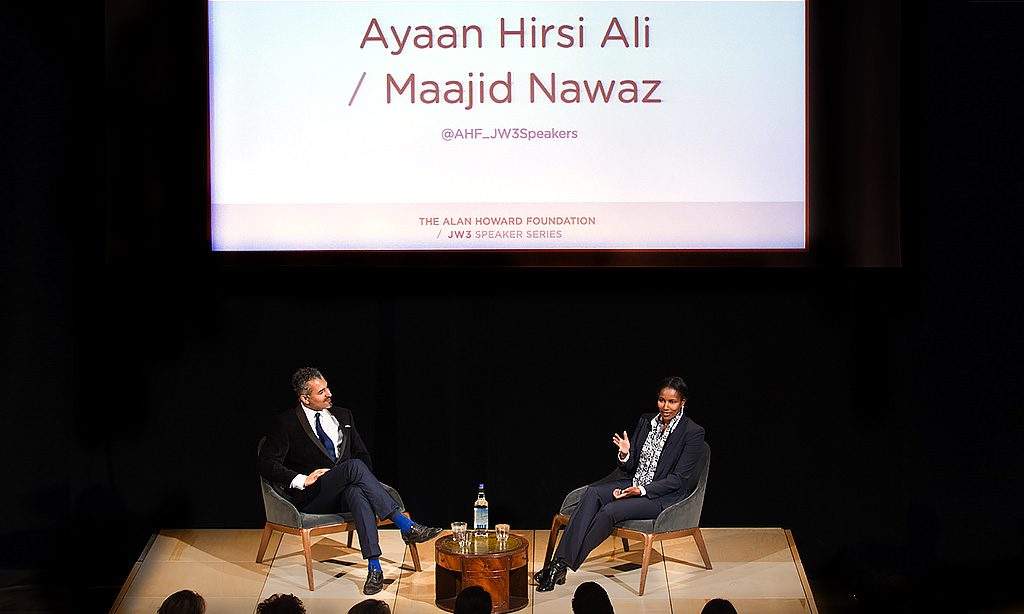 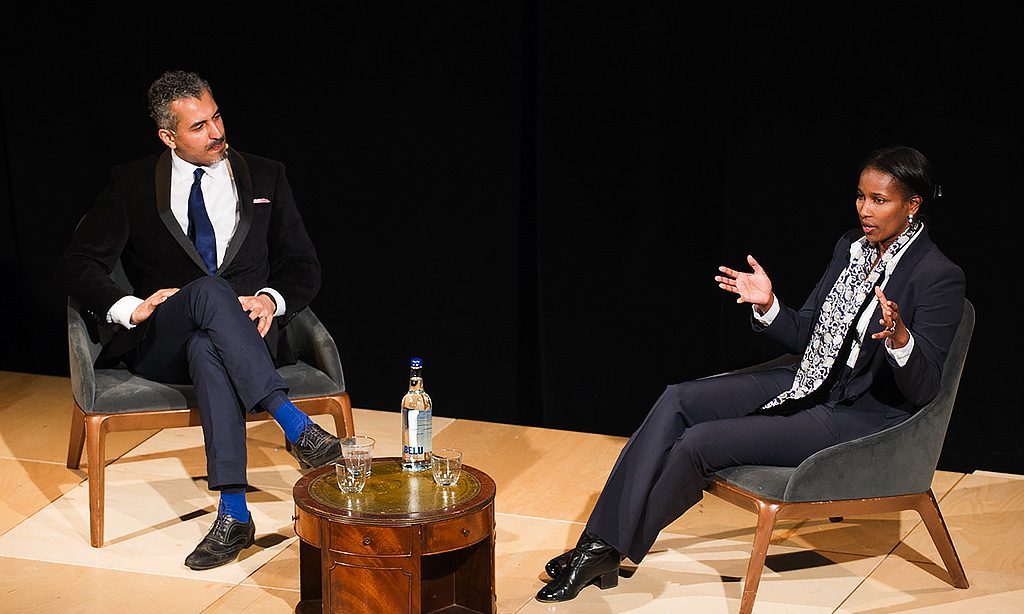 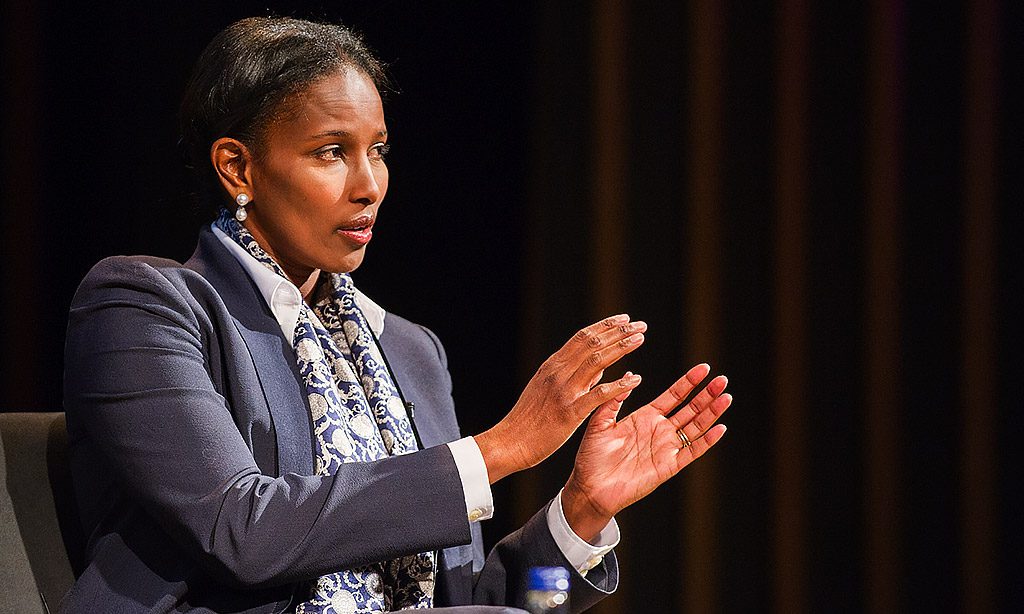 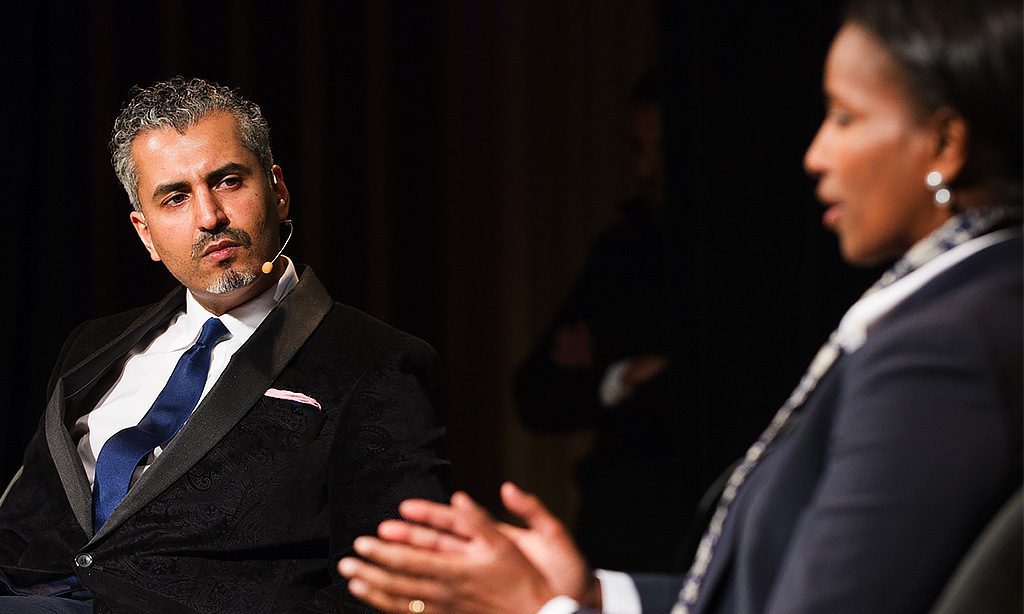 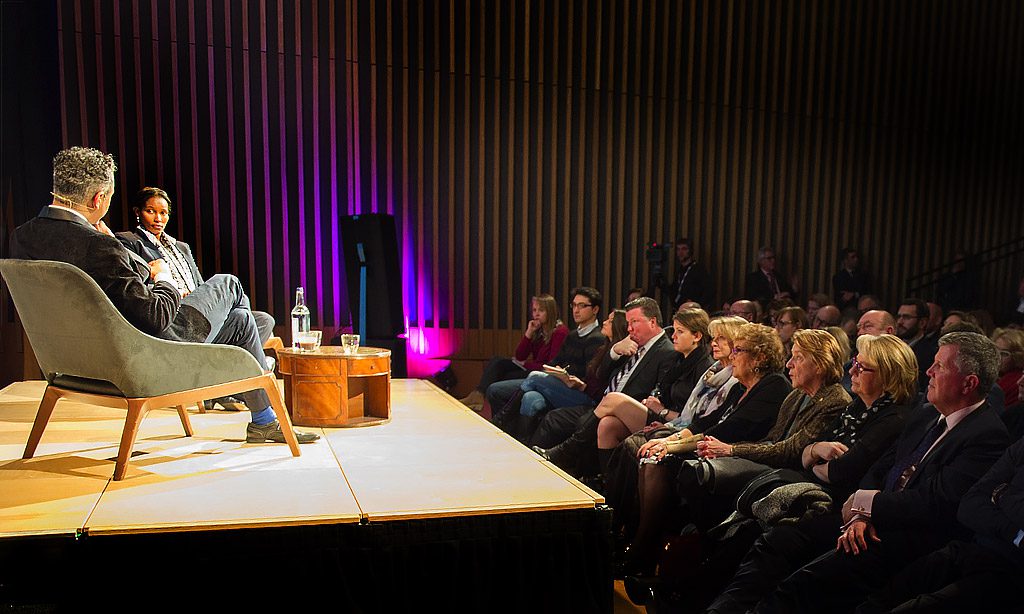 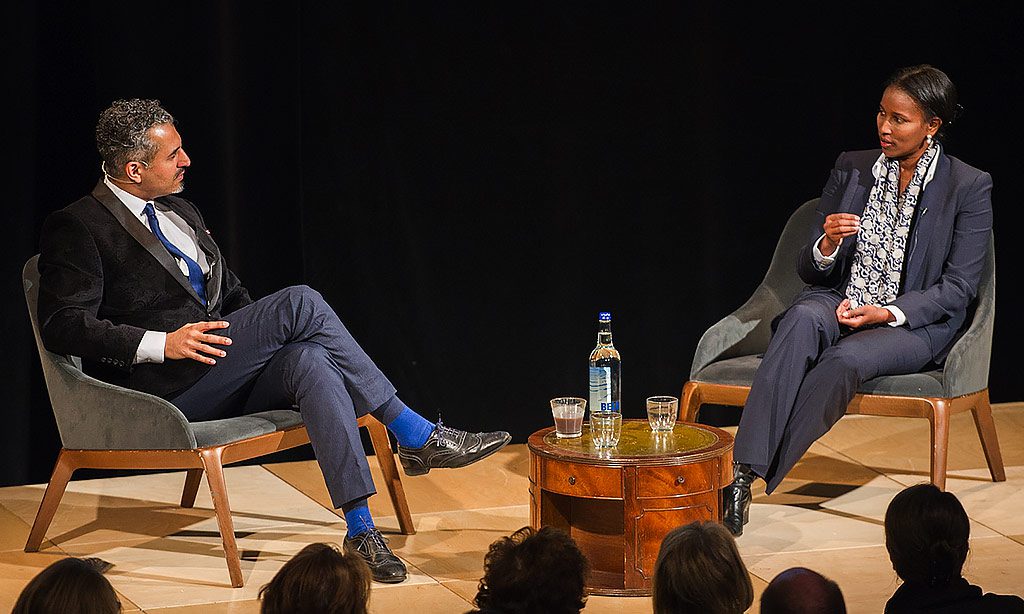 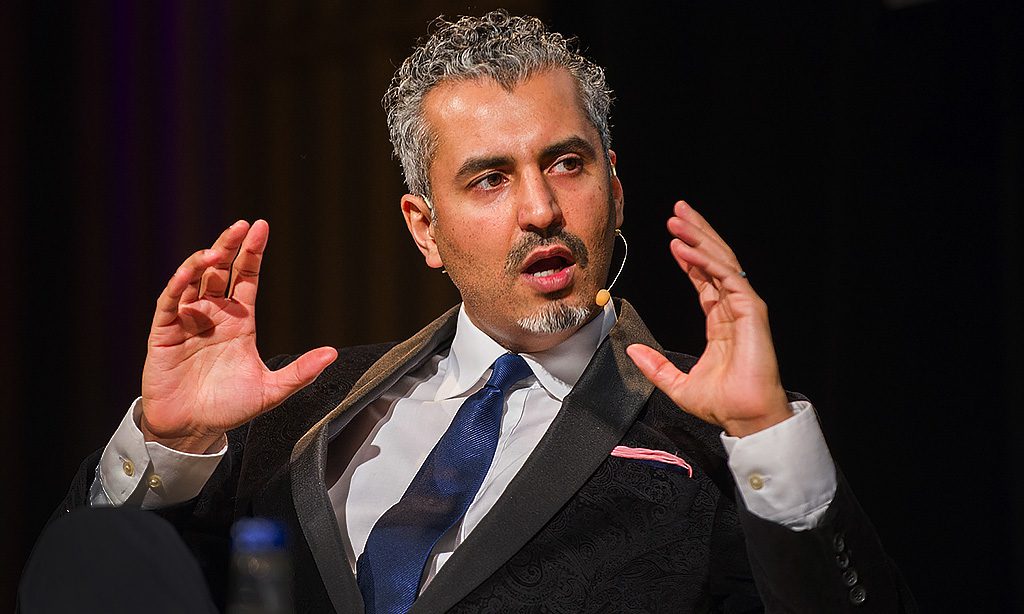 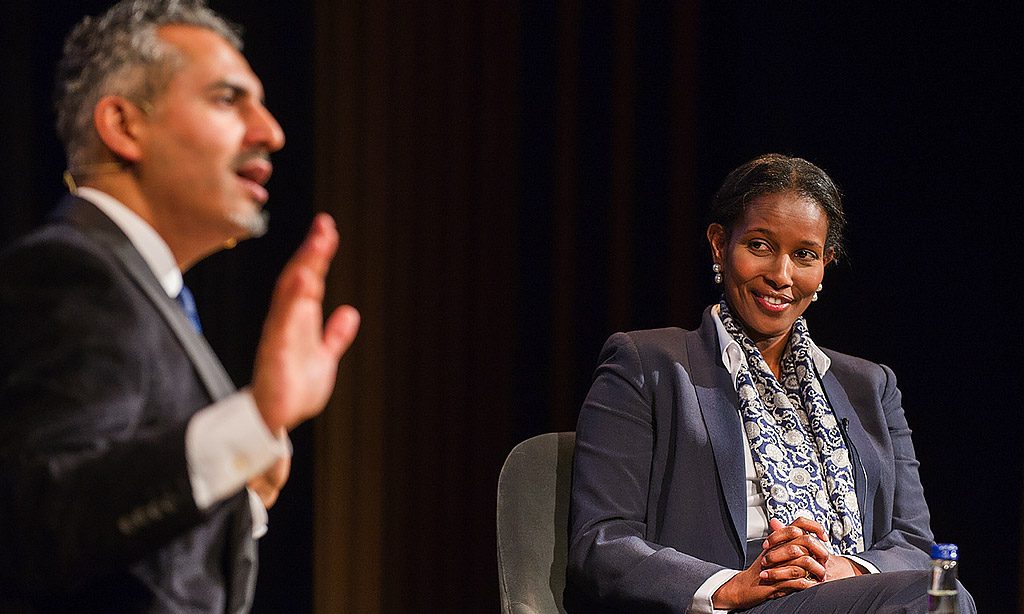 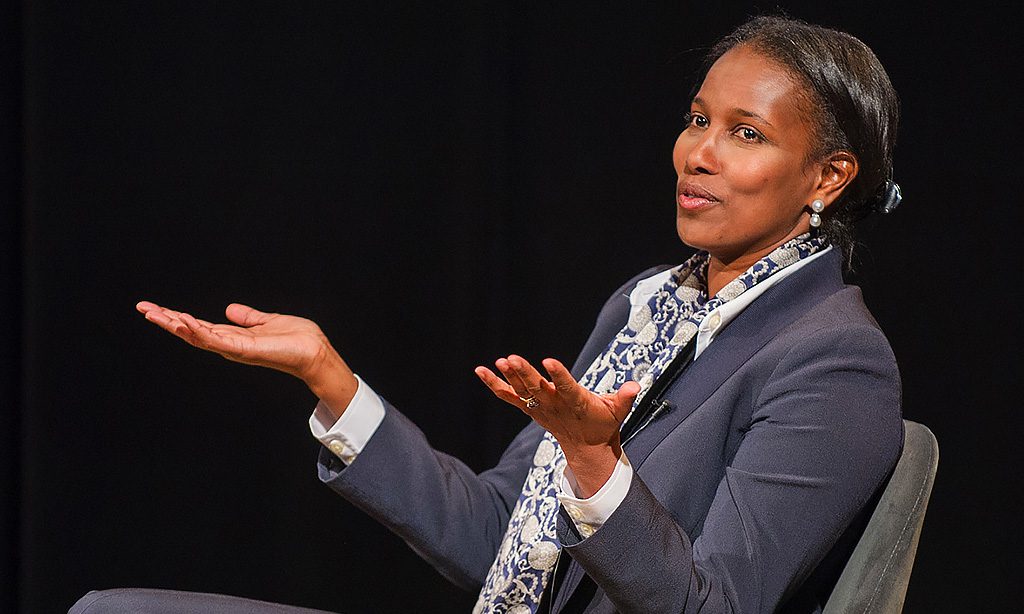 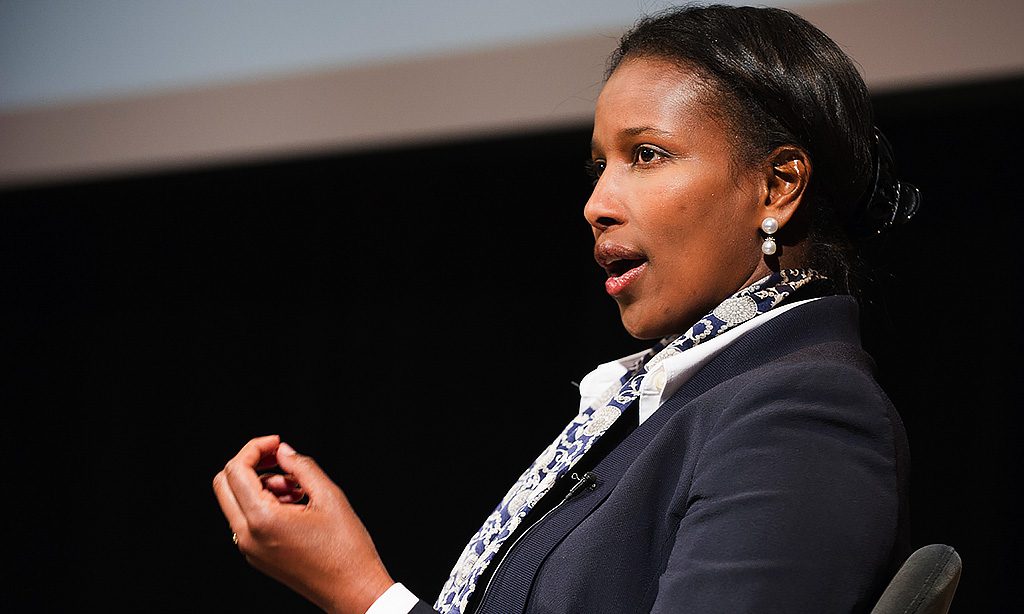 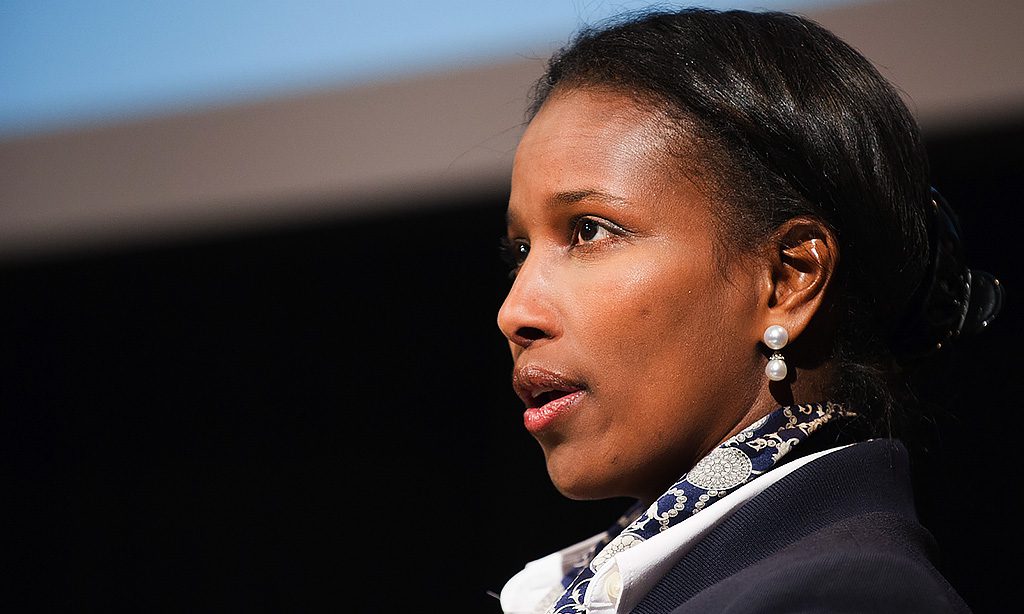 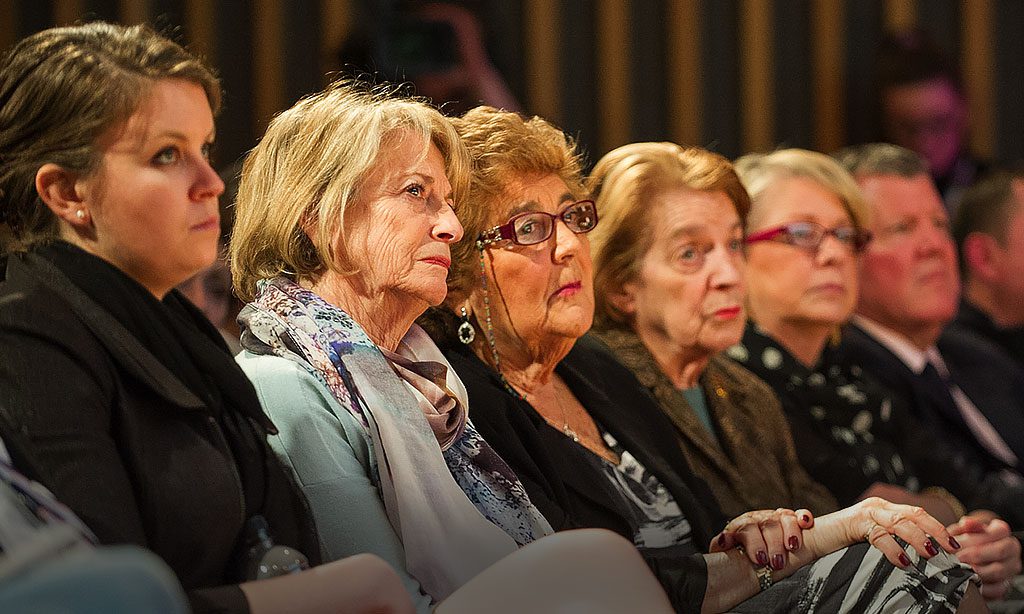 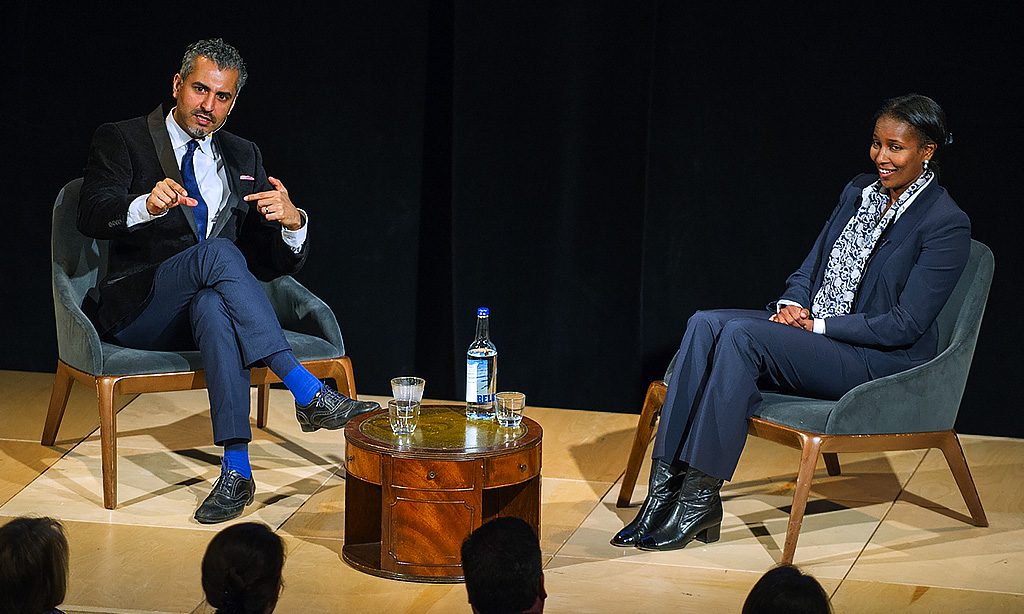 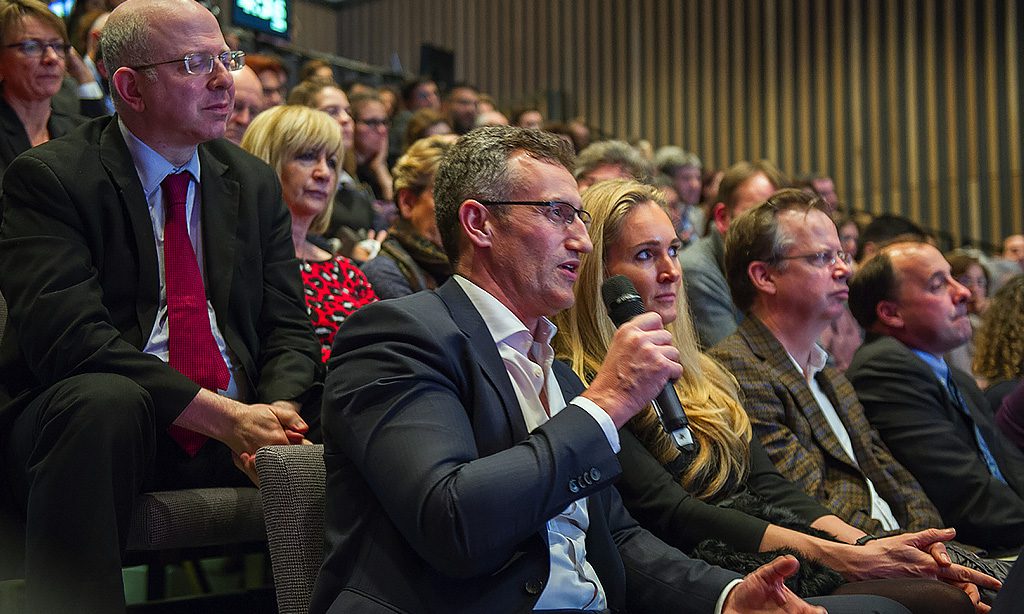 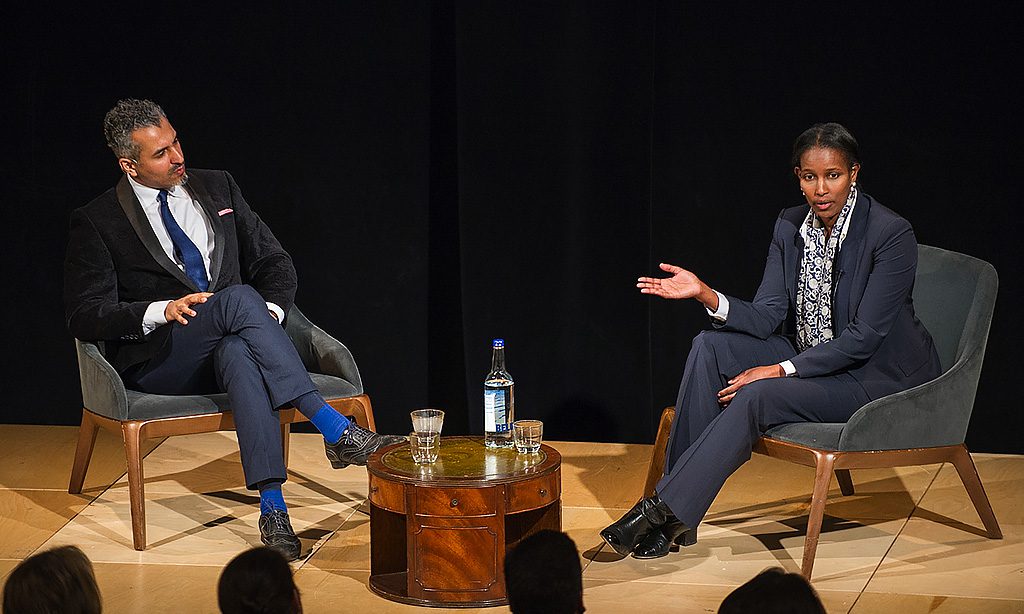 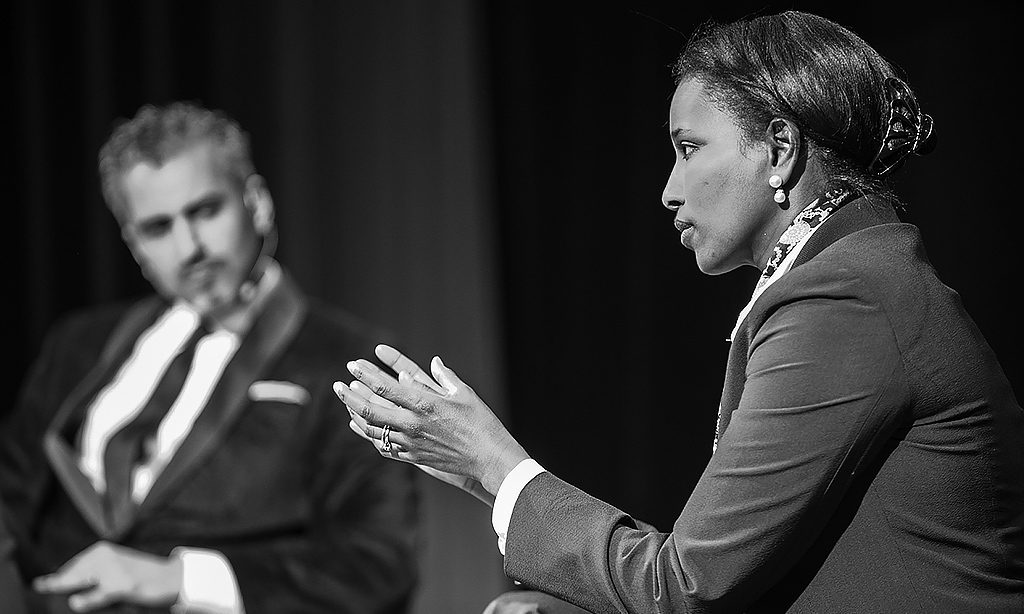 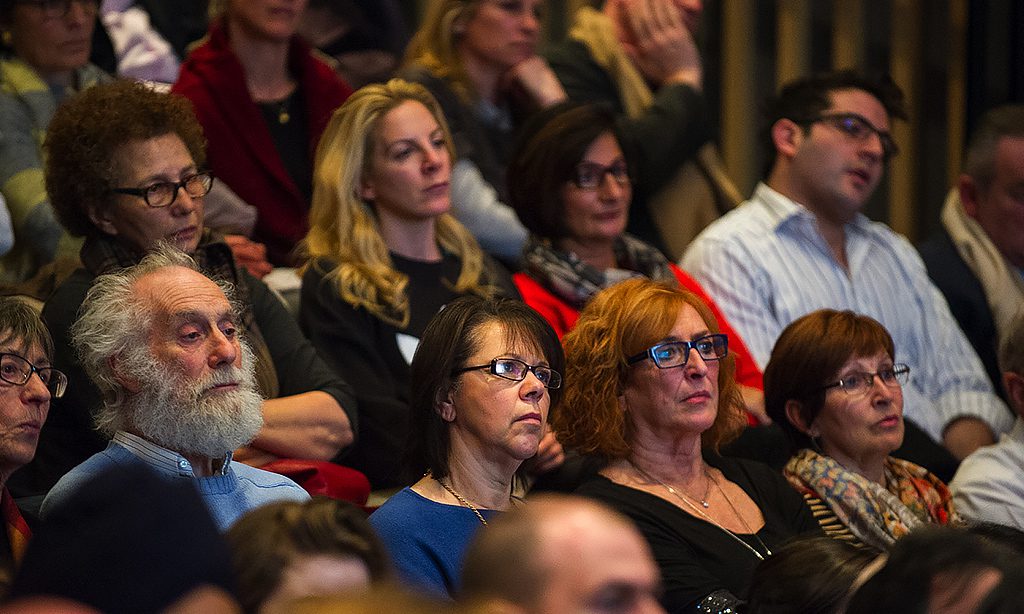 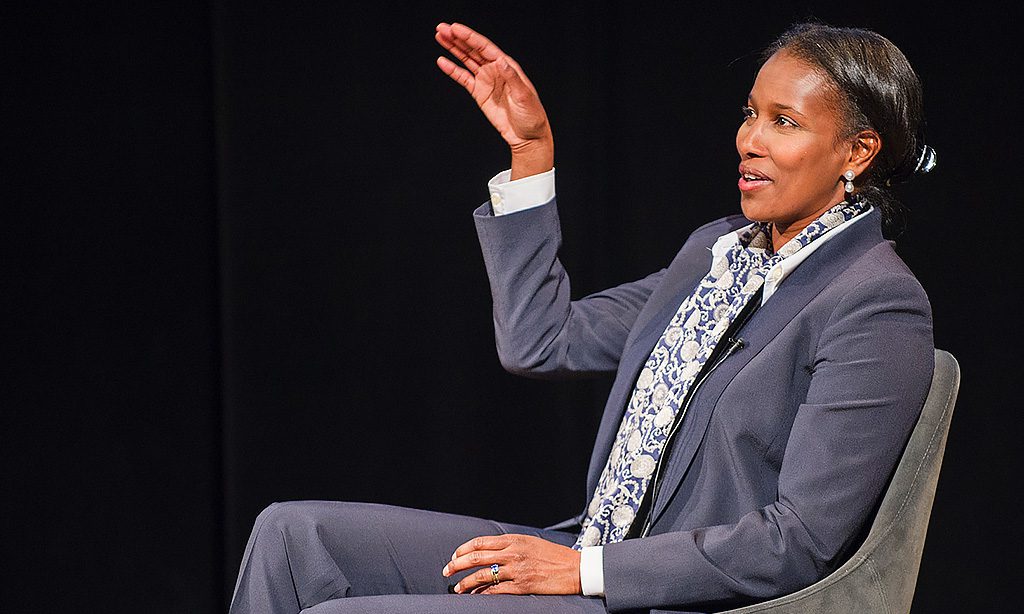 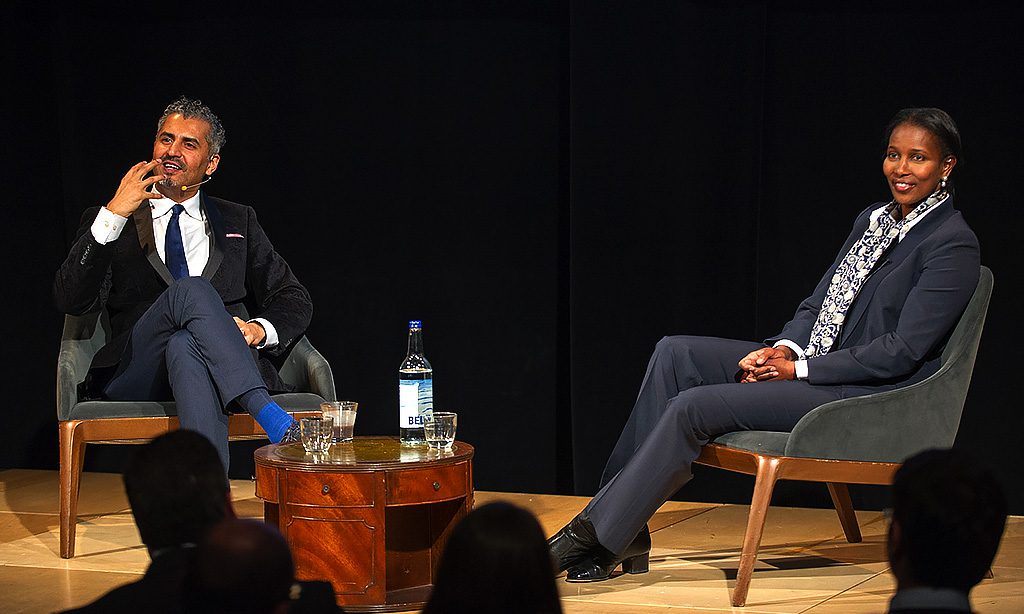 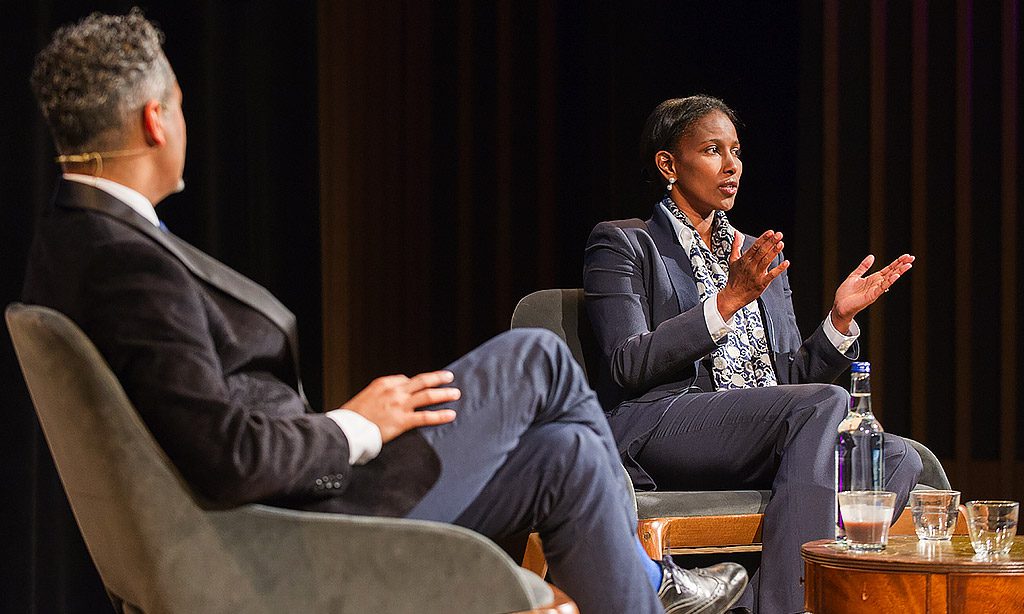 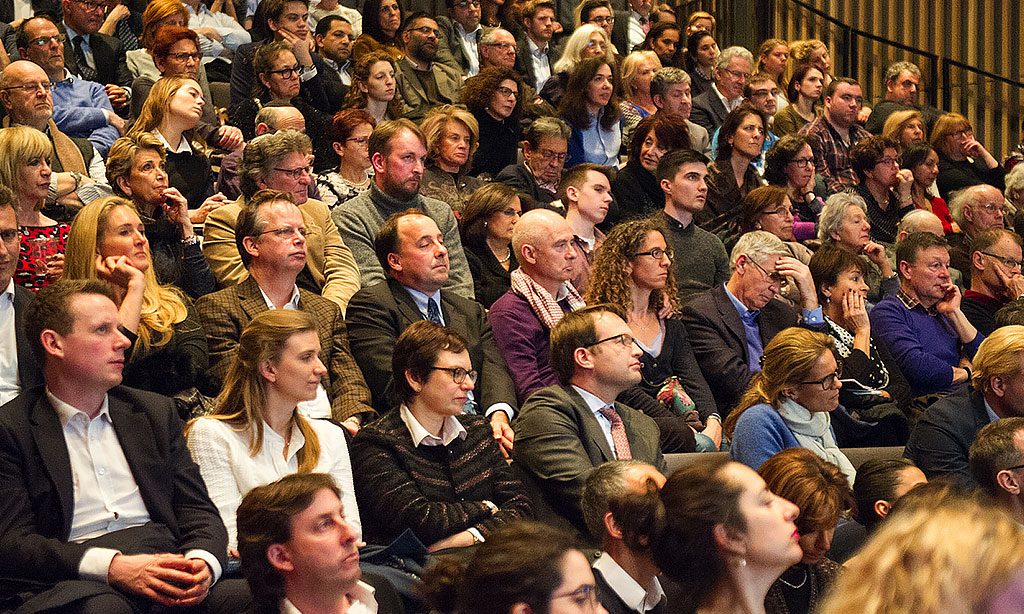 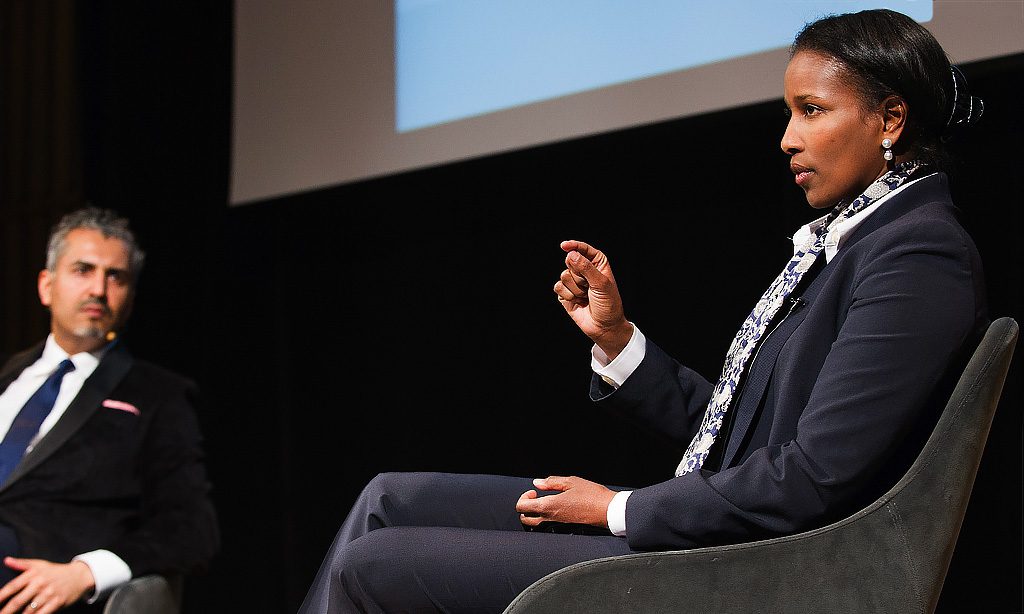 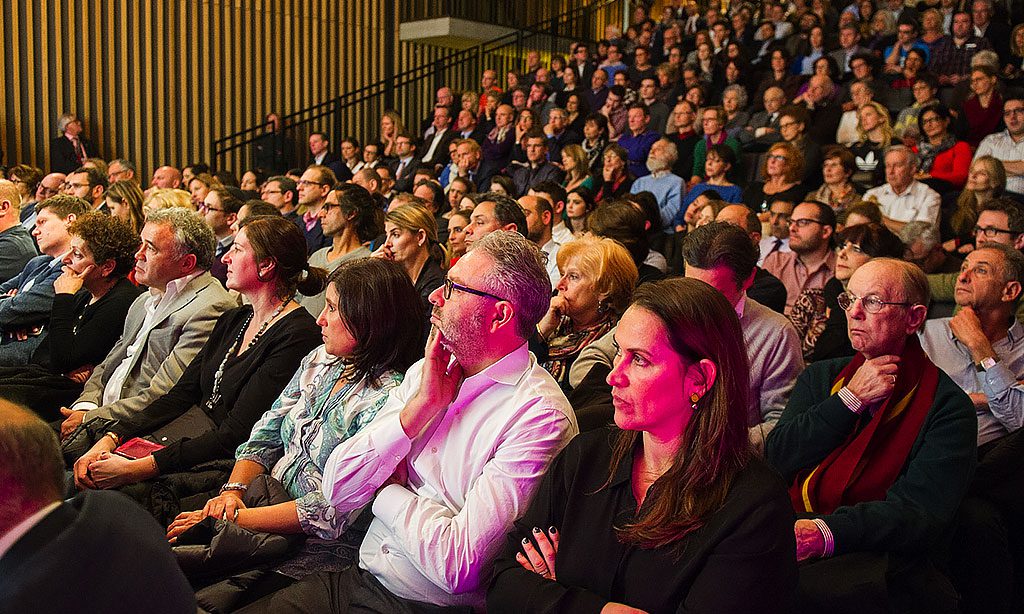 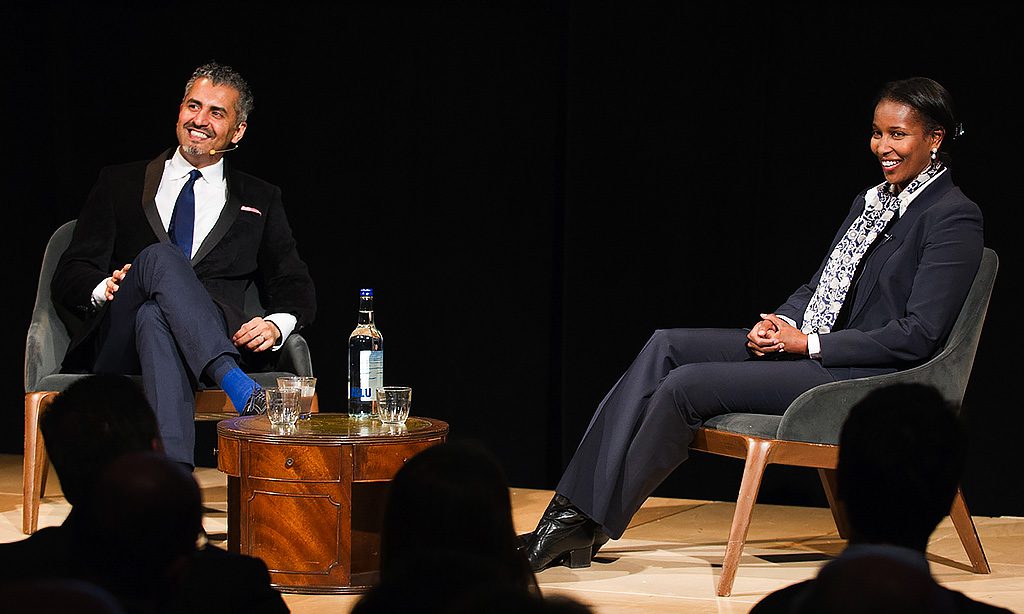 Ayaan Hirsi Ali is an activist, author and politician.