Speaking at JW3 cultural centre in London on 25 June 2018, smash-hit music producer Mark Ronson regaled the audience with tales of his career as a globetrotting artist. But it wasn’t always this way, the superstar revealed to TV presenter George Lamb live on stage.

Ronson told the audience that he grew up in New York City and as a teenager spent years trying to make a name for himself on the DJ circuit by slipping demos through hundreds of doors. “No gig was too small. I had a good knowledge of old soul and I was persistent. Success comes from doing the stuff you love and keeping at it,” he said.

“No gig was too small. I had a good knowledge of old soul and I was persistent. Success comes from doing the stuff you love and keeping at it”

The DJ and producer said he first cut his musical teeth on a Fisher-Price ‘My First Turntable’ toy and – even at the age of four – he was mesmerized by the record needle and loved being able to control the music. Later came his first guitar and the formation of his first band at 15-years-old.

“Back then I dreamed of being a guitar player like Slash,” he said, adding that his friend at the time told him: “I think you’d be better behind-the-scenes.” After taking initial offence, Ronson soon learned that DJing and producing were indeed his calling.

“Once I got my first proper turntables, I really got into the New York hip-hop scene. I became obsessed with it,” he said. Eventually Ronson was playing to huge crowds in the city and earned the mantle of ‘celebrity DJ’. “While I enjoyed DJing and it paid my rent, it was never something I saw as a lifetime ambition. After doing it for ten years I thought to myself ‘If I want to be taken seriously as a producer, I need to focus on the music’. I didn’t want massive commercial success, I just wanted to make things that were good.”

“Once I got my first proper turntables, I really got into the New York hip-hop scene. I became obsessed with it”

Ronson eventually returned to London, his home city, where he reconnected with British music and realised it was in his ‘DNA’. The producer soon connected with local musicians, including the immensely talented jazz artist Amy Winehouse. Ronson produced Winehouse’s runaway success ‘Back To Black’ album in 2006, clinching him his first Grammy of five to date. The album sold 3.58 million copies in the UK alone, becoming the UK’s second best-selling album of the 21st century. By 2018, the album had sold over 20 million copies worldwide.

Ronson recalled his first meeting with Winehouse: “The first thing Amy said to me was ‘Oh, I thought you’d be this old Jewish guy with a beard”. She played me a lot of Sixties music, it was like meeting a long-lost friend. I was really inspired by her and wanted to impress her. A lot of the success of ‘Back to Black’ was based on our chemistry.”

“The first thing Amy said to me was ‘Oh, I thought you’d be this old Jewish guy with a beard”

Fusing his eclectic turntable skills with his knowledge of musical instruments and songwriting, Ronson has since released four critically acclaimed albums.

His latest album reached number one on the UK albums chart and features collaborations with Bruno Mars, Tame Impala’s Kevin Parker, Andrew Wyatt of Miike Snow and many others. The album’s lead single, “Uptown Funk,” held on to the number one position on the Billboard Hot 100 for 14 weeks straight – tying it for the second-longest No.1 in chart history.

However, Ronson said he is careful not to let the success go to his head. “You realise you have a six-month window to make a great follow up record. It’s great to relax and be creative but you have to be quite careful with the projects you do and make sure you’re working with great people.”

“You realise you have a six-month window to make a great follow up record. It’s great to relax and be creative but you have to be quite careful with the projects you do and make sure you’re working with great people.”

The producer, who is now based in Los Angeles where he owns a record label, said his natural anxiety about the future would always propel him forward in life.

“I always feel like I’m four days away from living a trailer… I think you can savour success for a very short while and then you need to move on. It’s the present moment that makes me focus on stuff that’s new and exciting. I would get bored just reflecting on previous successes,” he said.

For those who want to follow in 42-year-old Ronson’s footsteps, he has this advice to impart: “You have to find your own voice… come up with an idea for something that you love that you wish had always existed. Be sure to keep your originality rather than just follow trends. And when it comes to ideas, there are no short cuts, only seeds and triggers that sometimes blossom into more. Keep at it.” 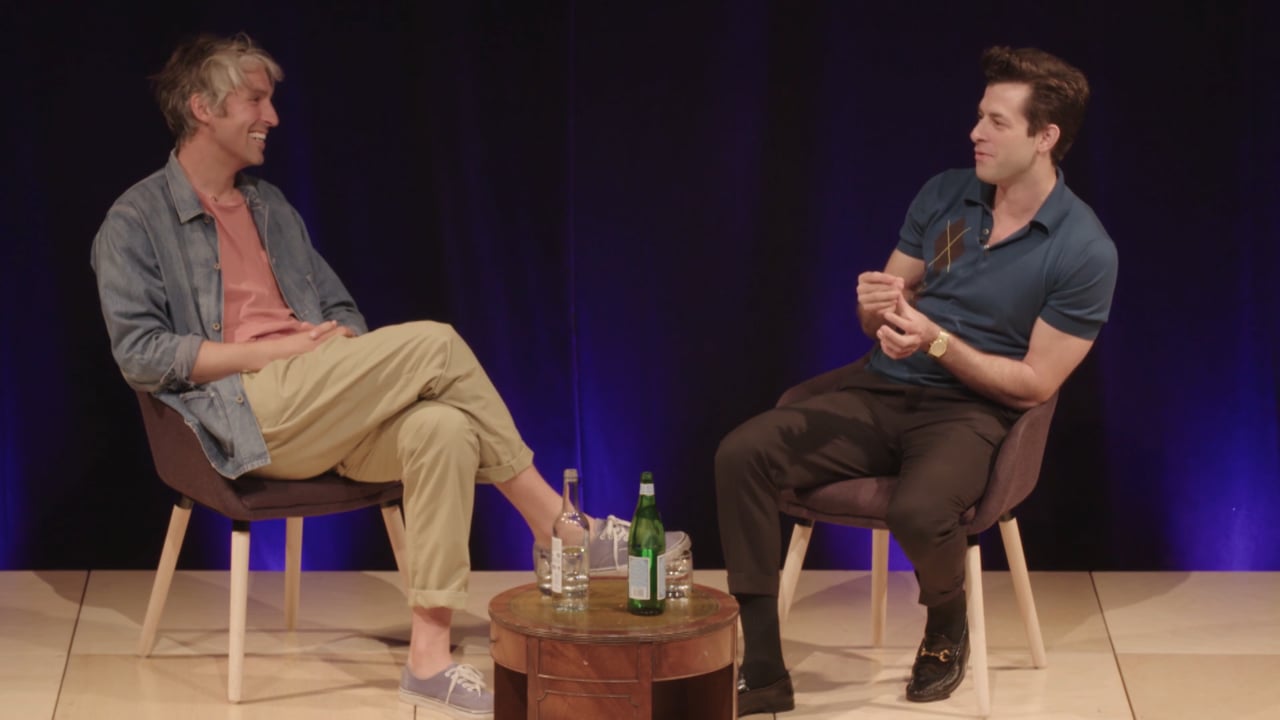 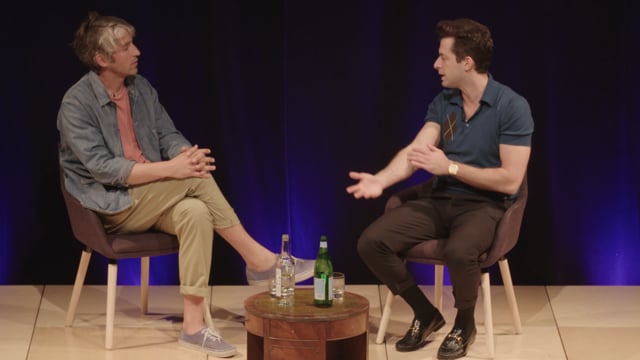 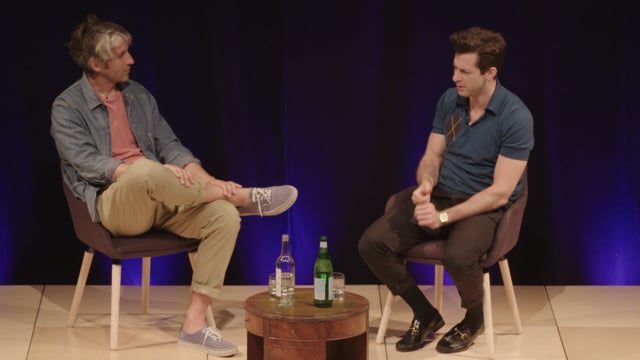 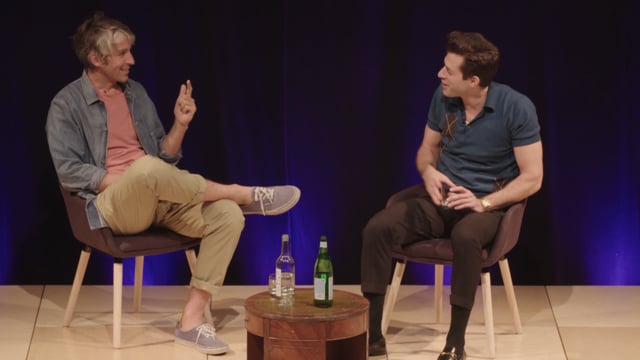 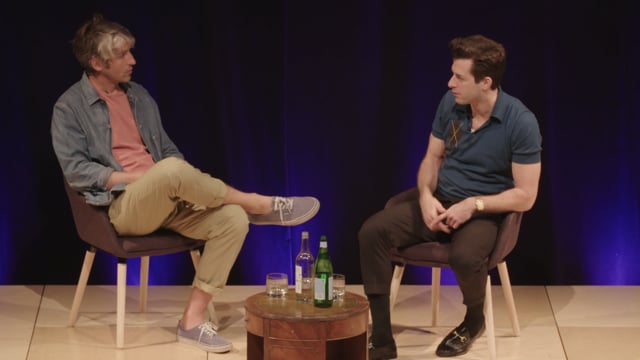 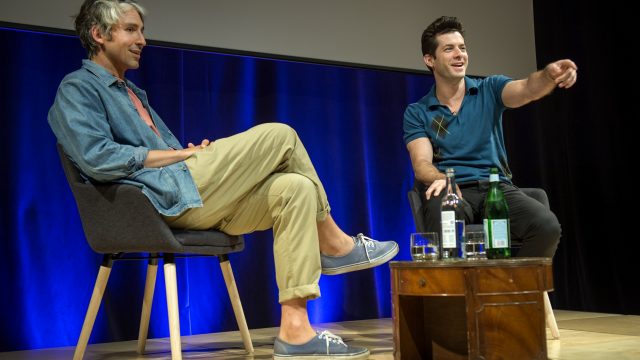 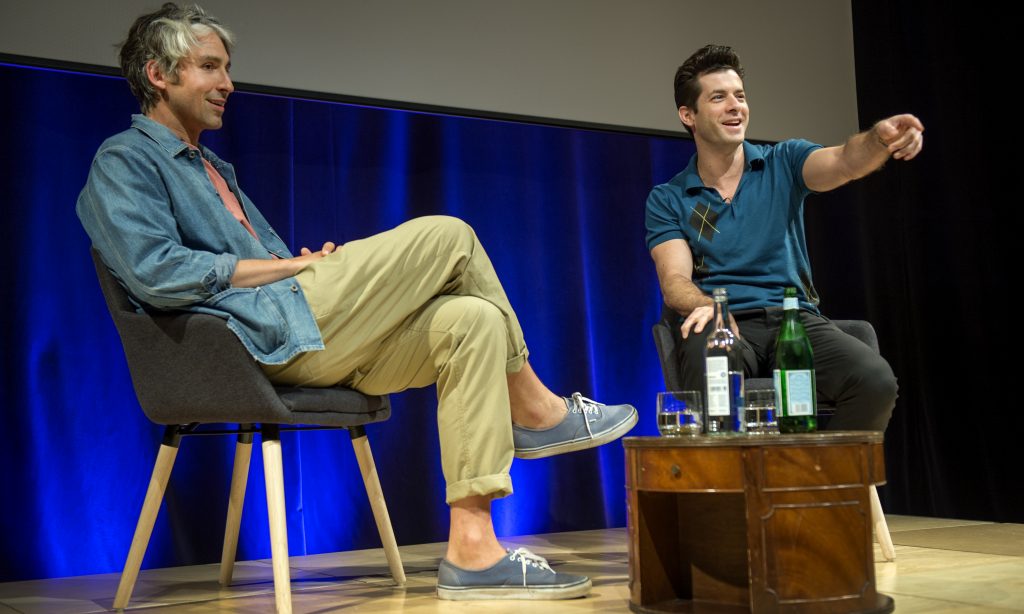 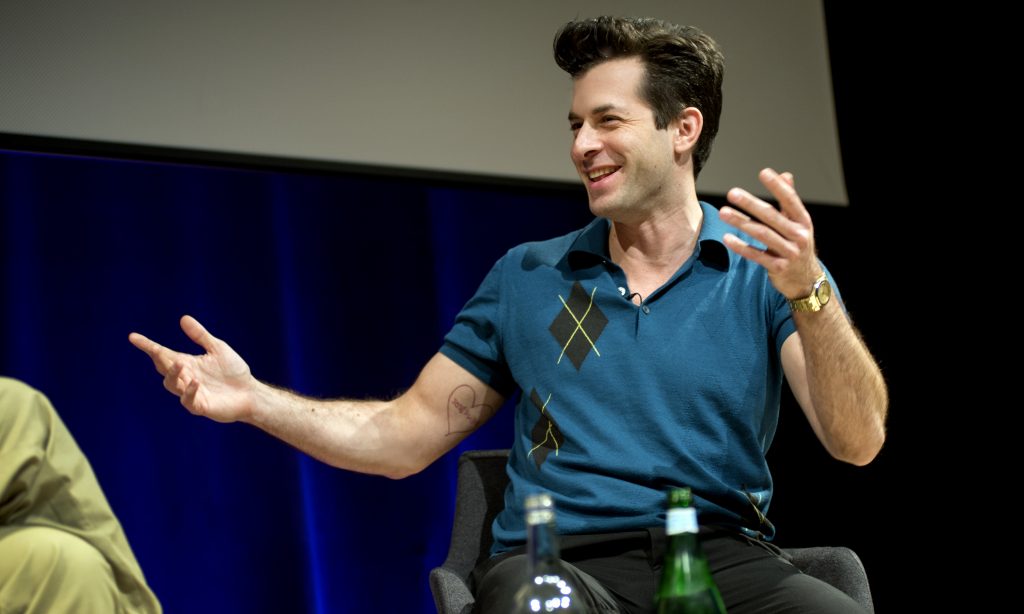 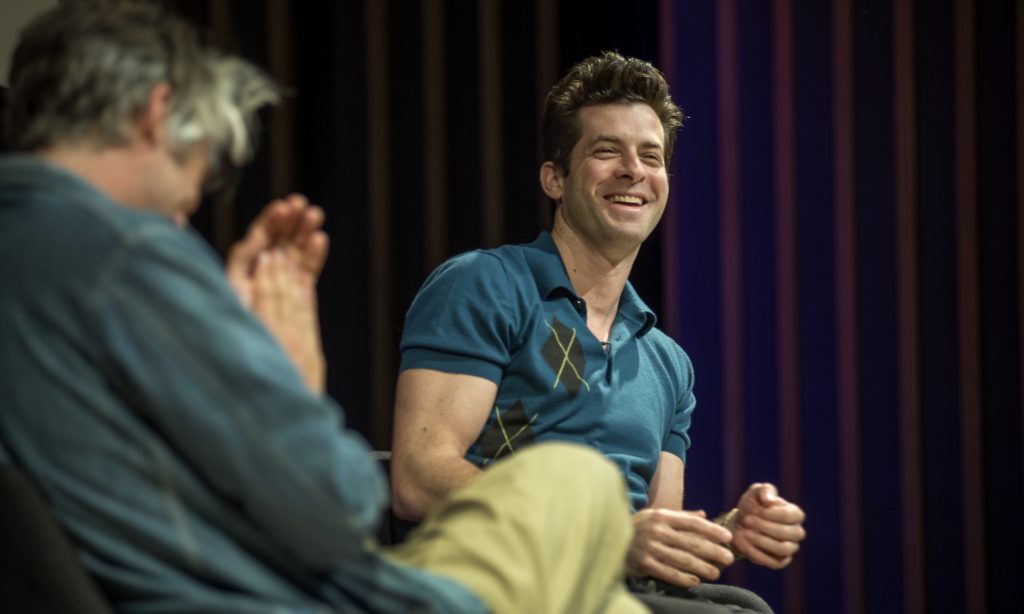 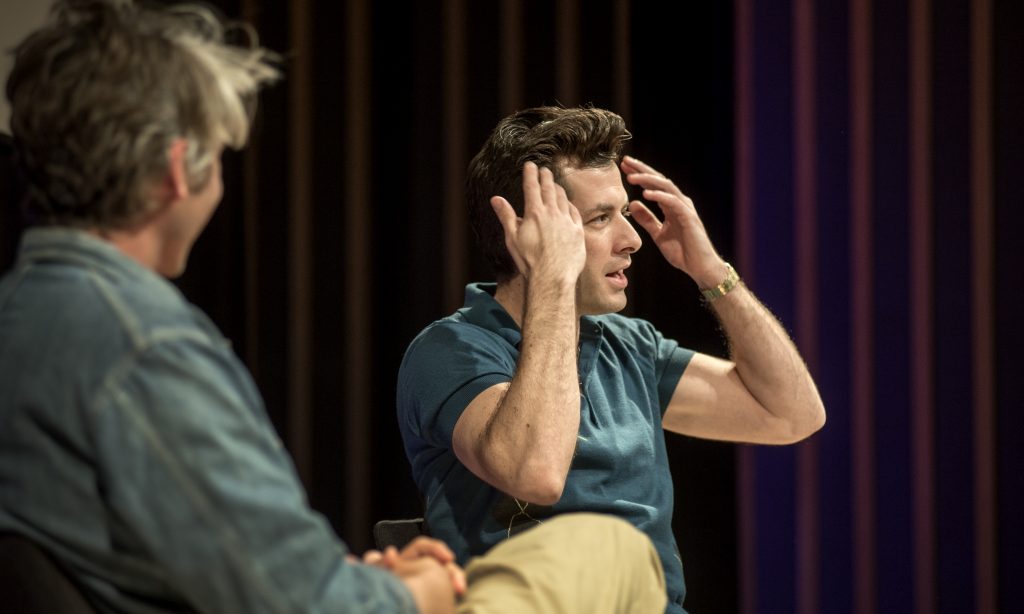 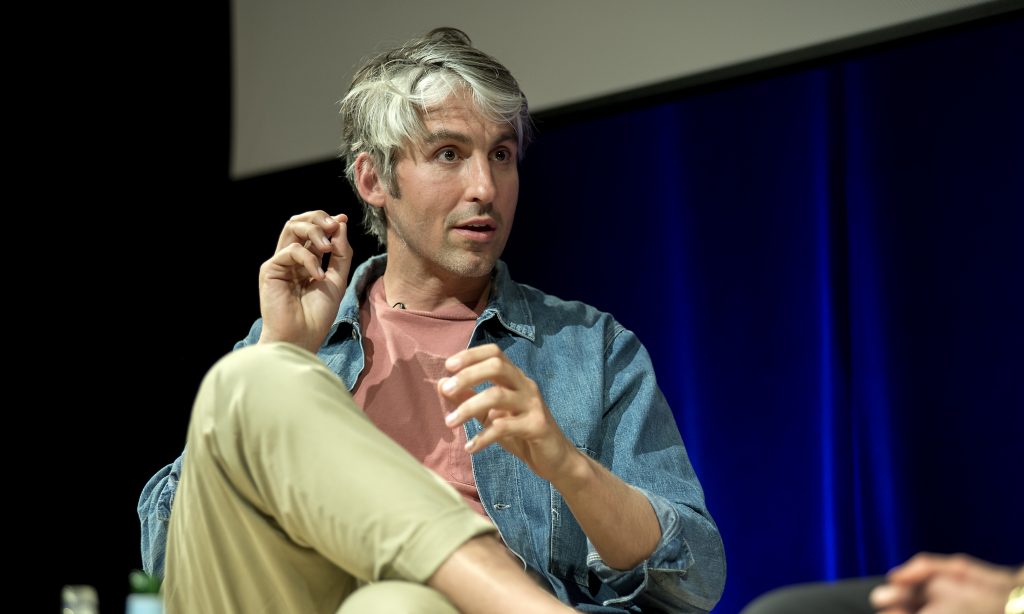 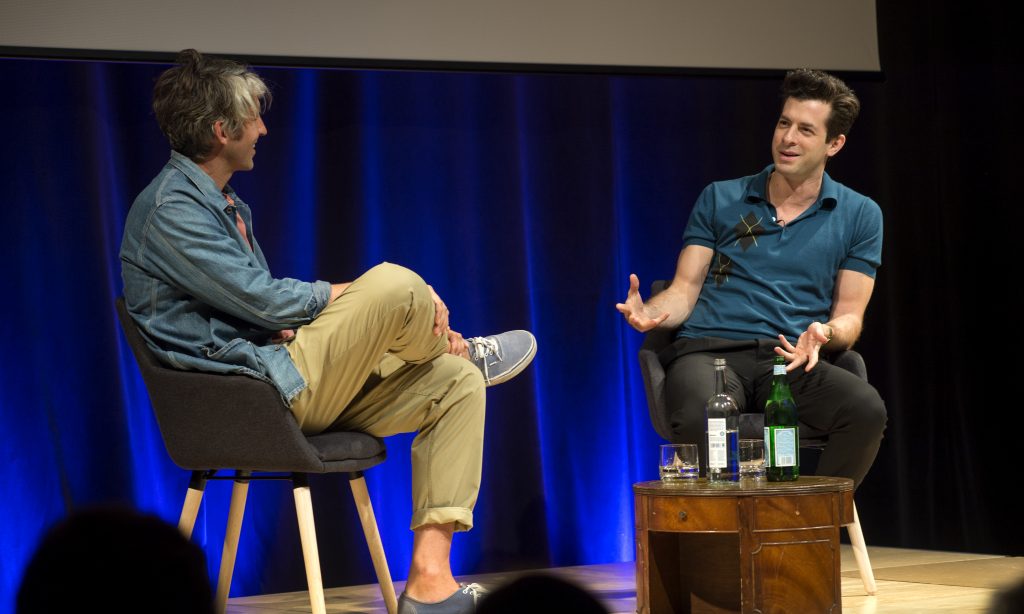 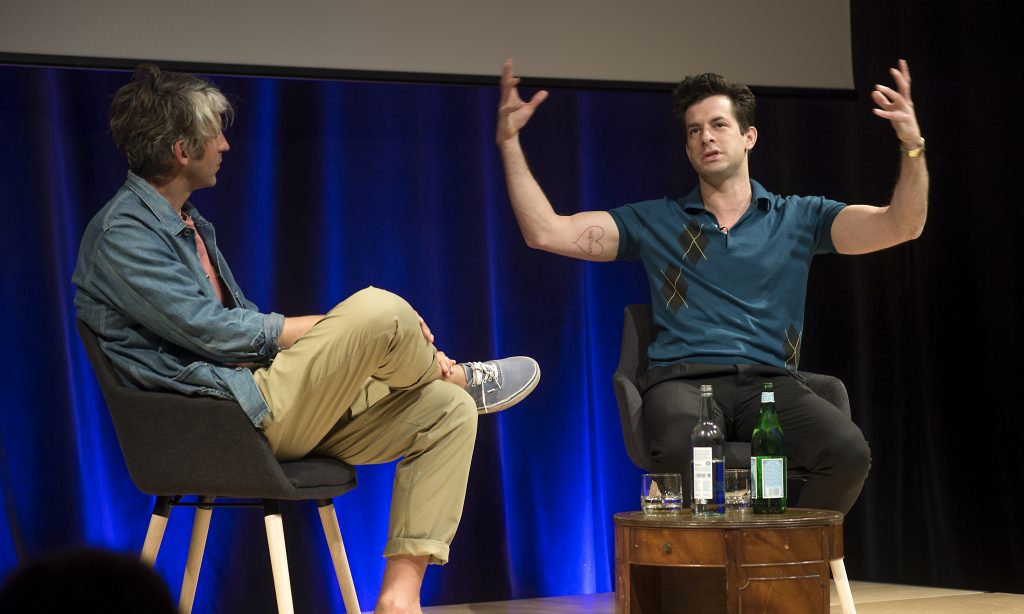 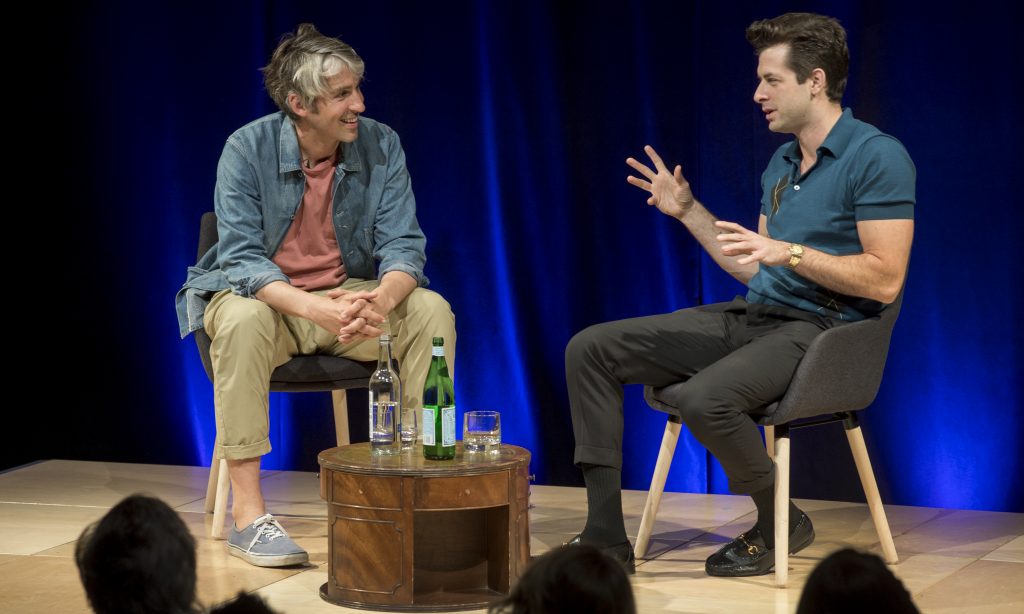 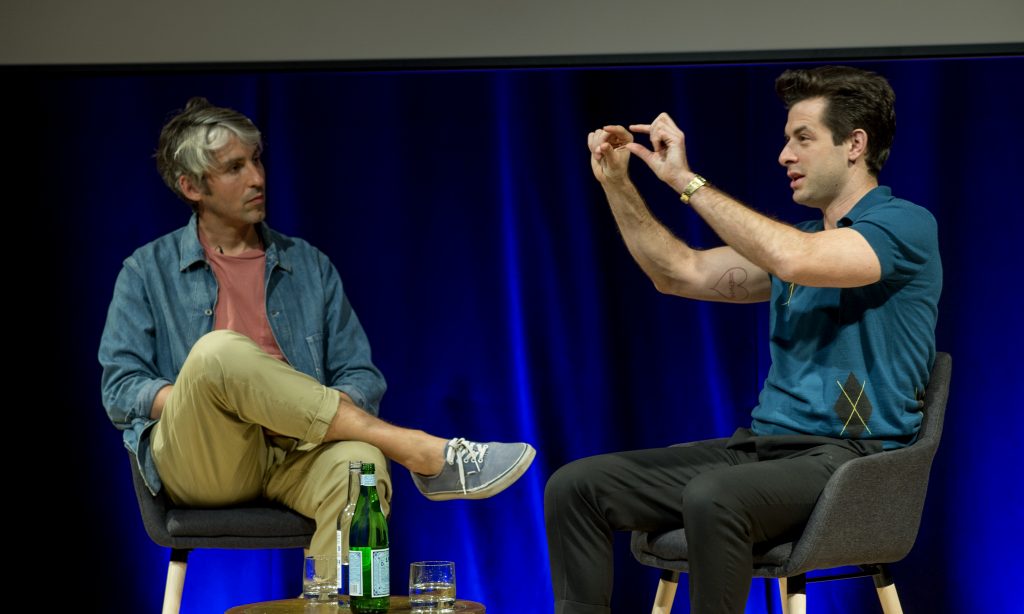 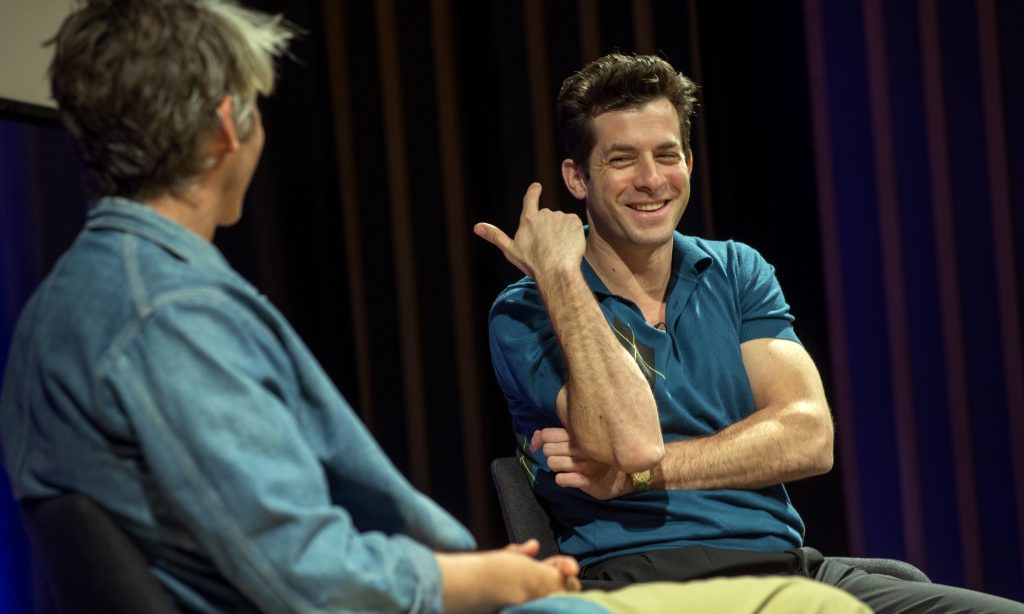 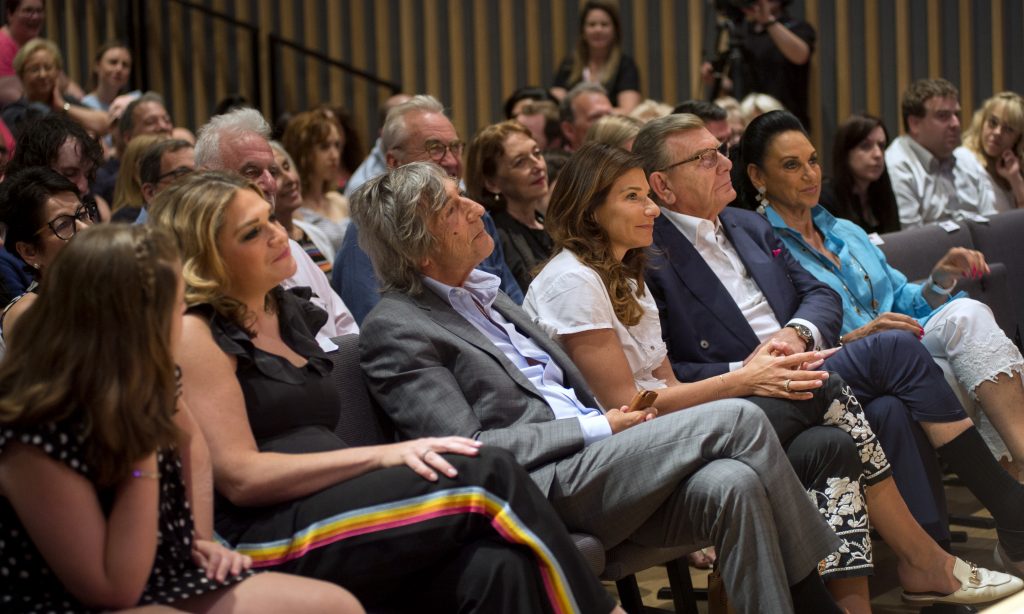 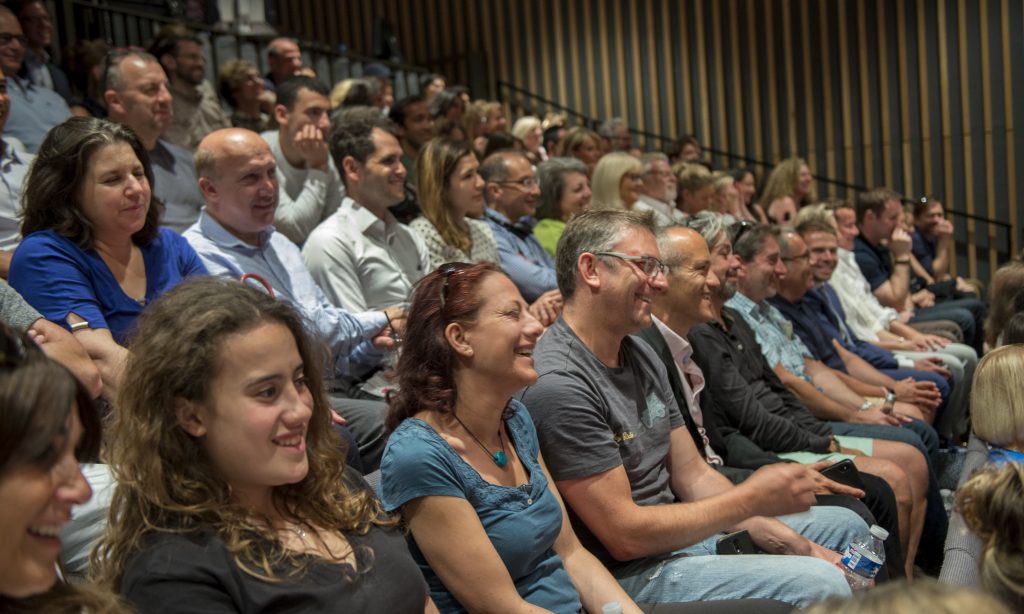 Through George’s work on Channel 4 and E4 Music, he’s been fortunate enough to interview some of the biggest names in music and film.

Mark Ronson is an internationally renowned DJ and five-time-Grammy-Award-winning artist and producer.