Sir David Adjaye OBE is a Ghanaian-British architect who has received international acclaim for his impact on the field. In 2000 he founded Adjaye Associates, which today operates globally with studios in Accra, London, and New York.

Adjaye’s largest project to date is the Smithsonian National Museum of African American History & Culture, opened on the National Mall in Washington DC in 2016. In 2017, Adjaye was knighted by Queen Elizabeth II and was included in TIME’S 100 Most Influential People List. In 2021, he was the winner of the 2021 RIBA Royal Gold Medal, one of the highest honours in British architecture. Adjaye was also a recipient of the World Economic Forum’s 27th Annual Crystal Awards and was recently honoured as an inaugural recipient of the TIME100 Impact Awards.

Sir David Adjaye OBE, architectural visionary and founder of Adjaye Associates will be in conversation with Alice Rawsthorn, award-winning design critic and author. 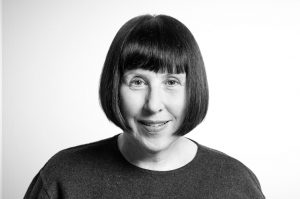 Alice Rawsthorn is an award-winning design critic and author, whose books include Design as an Attitude, Hello World: Where Design Meets Life and, most recently, Design Emergency: Building a Better Future.