On stage at JW3 cultural centre in London on 24 January 2017, Lord Mervyn King, former Governor of the Bank of England quizzed Gabriele Finaldi, director of the National Gallery in London, about the intersection between finance and art.

King, who is a trustee of the National Gallery and an ardent personal art collector, opened the show by noting: “The beauty of great art is that you don’t need training to be moved by it… anyone can walk in off the street and feel it.” However, he also emphasised the power of finance to buoy the world of art, “some of the best things in the world are only possible with liquid capital.”

“The beauty of great art is that you don’t need training to be moved by it… anyone can walk in off the street and feel it.”

Finaldi, who has been director at the National Gallery for 18 months, told a rapt audience that the relationship between art and finance stretches back many centuries. He explained that, historically, wealthy people have commissioned works of art to demonstrate both their piety and their wealth to others.

Finaldi, former deputy director of collections and research at the Prado gallery in Madrid, said:

“Commissioning art was considered a civic virtue and showed that your money was being put to good use. It also avoided usuries, which were frowned upon. Therefore, buying art was morally justifiable.”

Finaldi said that art buyers eventually moved onto ‘collecting’ art as well as commissioning works as education levels improved and collectors wanted to show off their expertise.

Speaking of the importance he places on gallery relations with contemporary collectors today, he explained:

“Most private paintings eventually find their way into public institutions, whether by donation or acquisition.”

“For example, Deutsche Bank started with a modest collection of contemporary German art in the 1950s but today they have an extraordinary collection. It’s even stipulated in some bank takeover agreements that art collections must be not be sold.”

“Art has always gone where the money is – and the art goes wherever there is a commission to be had.”

Finaldi explained that contemporary art is most popular with collectors because it’s perceived to have investment value and high tradability, whereas older paintings are more difficult to categorise so “you need to have a deeper personal commitment to collect older paintings.”

He continued: “What we now perceive as historic collections were once contemporary and any separation between the two is largely superficial because we look at classic paintings with eyes from 2017. I see history as one continuous flow of artists who have been looking to say something about their community to their community.”

King concluded by saying he was proud to be living in the UK among a nation of art lovers “where more people visit art galleries each year than visit premier league football matches… After all, you can’t put a price on standing in front of a great piece of art.”

“You can’t put a price on standing in front of a great piece of art.”

David Miliband and Jonathan Freedland will be discussing the global refugee crisis and how the international community should respond. 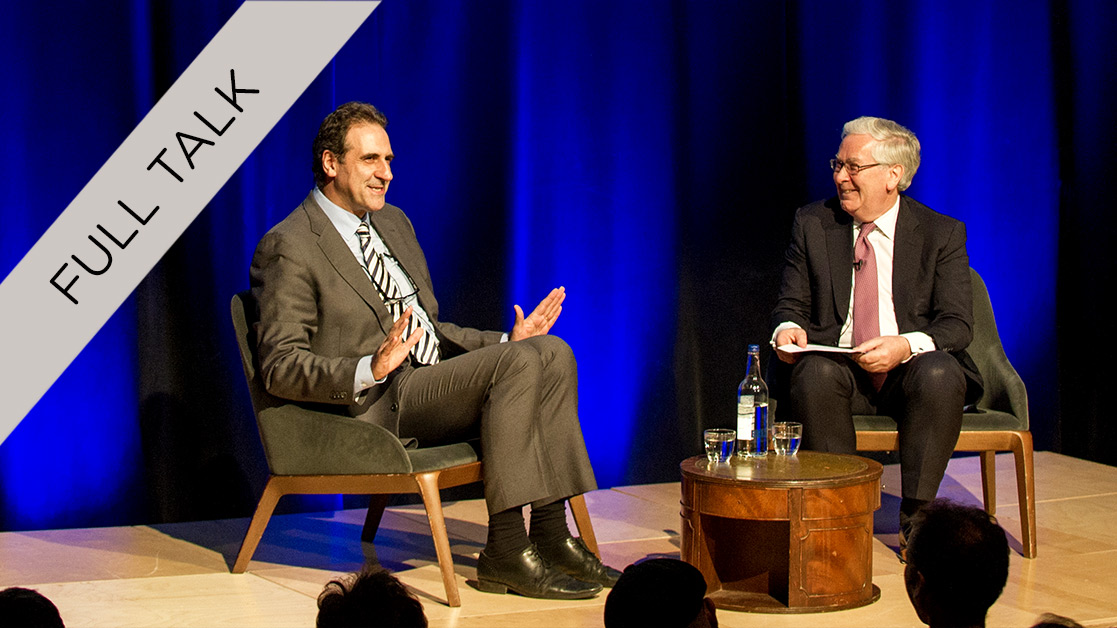 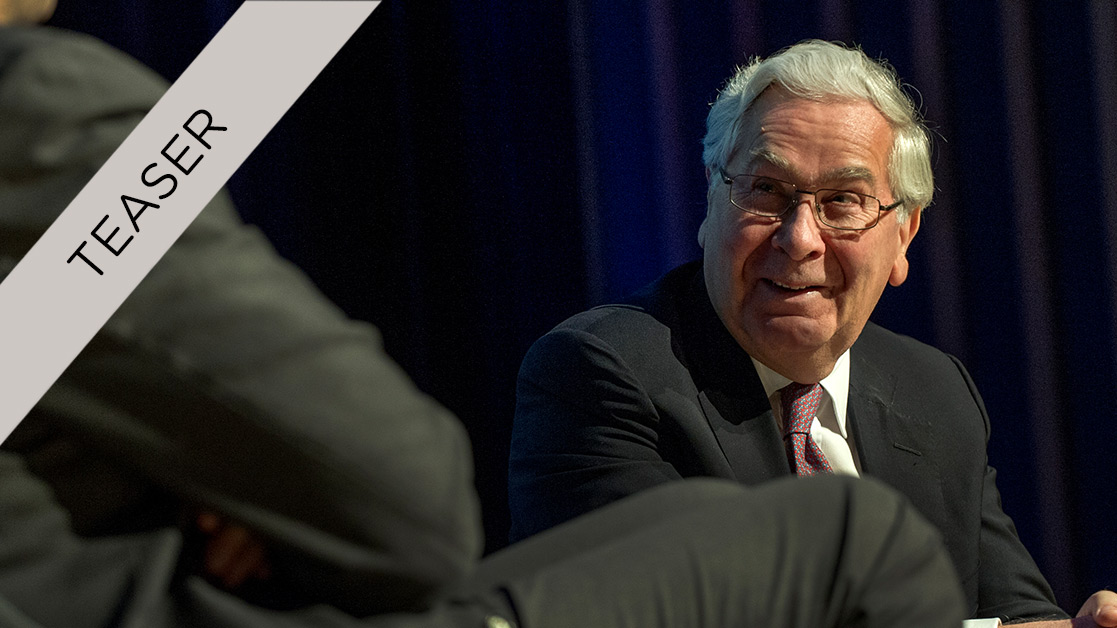 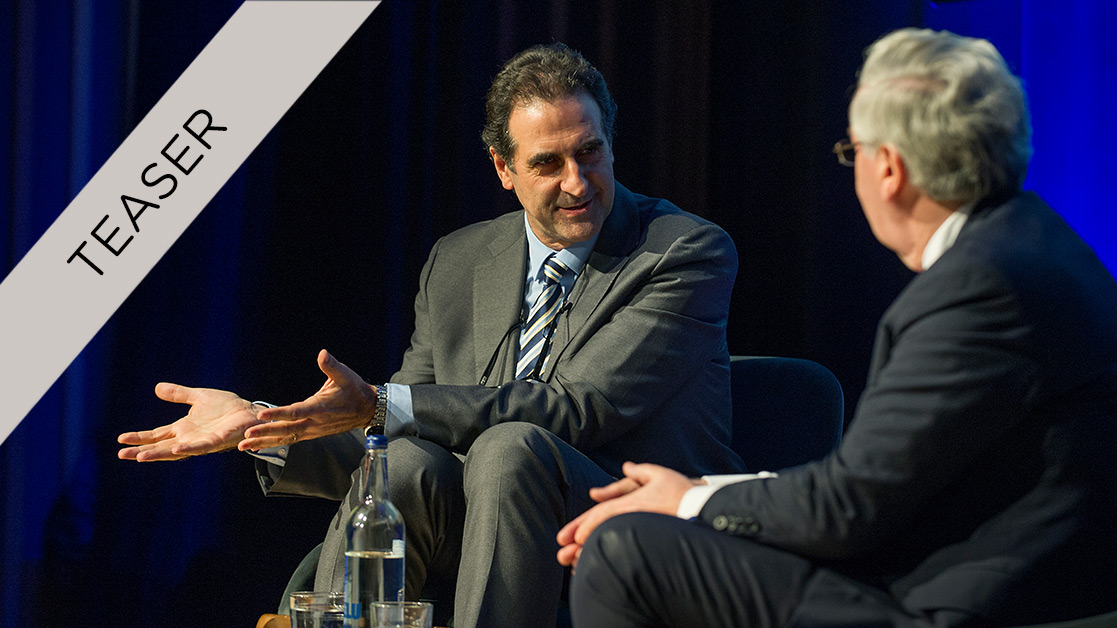 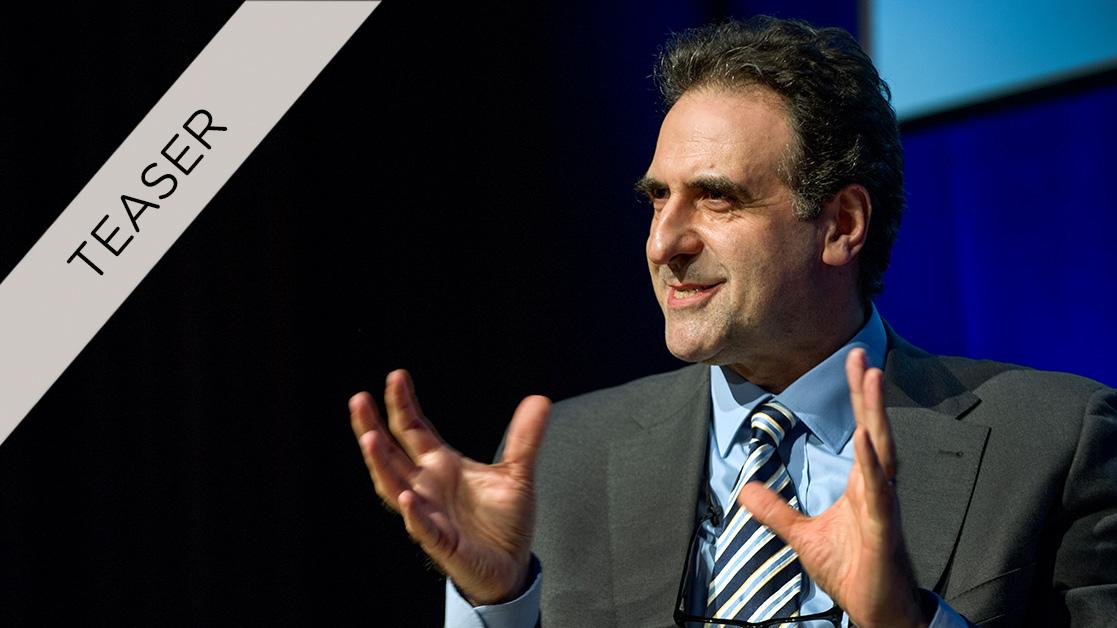 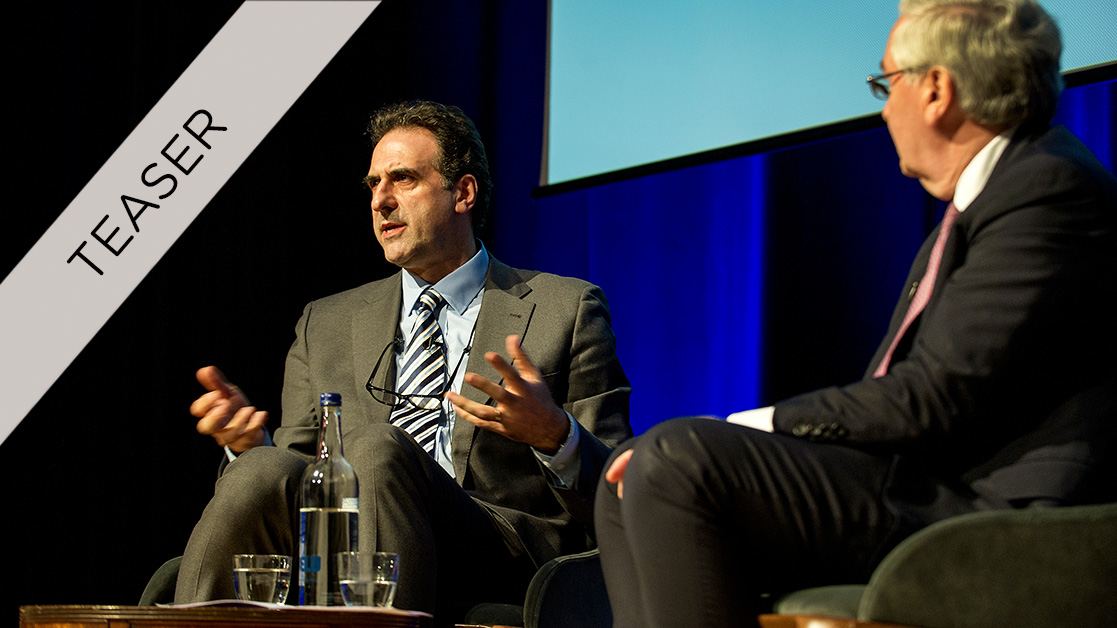 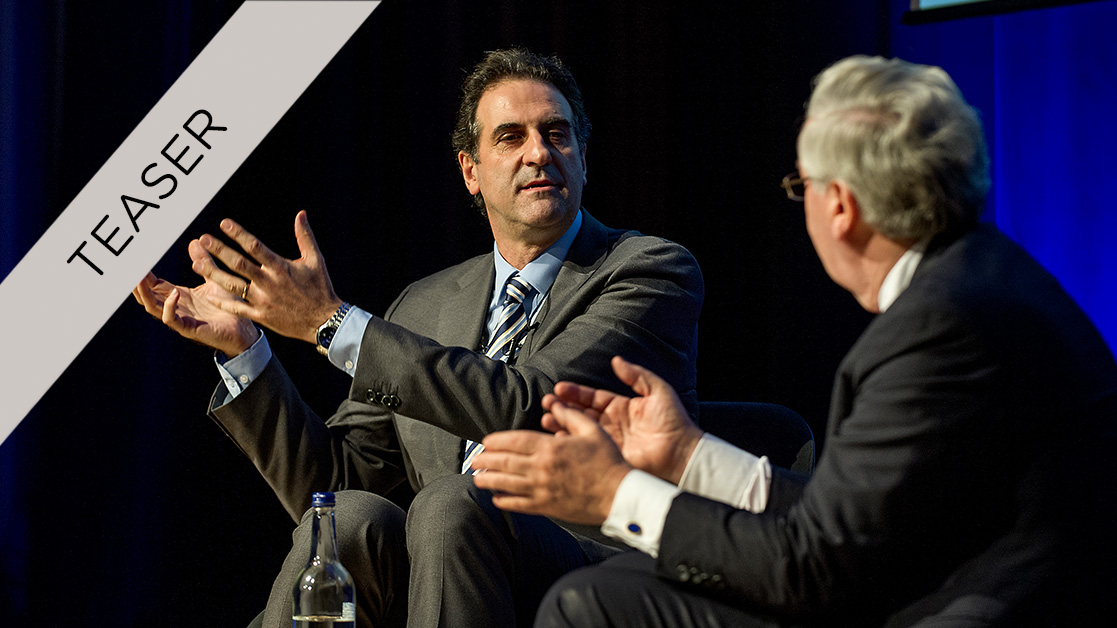 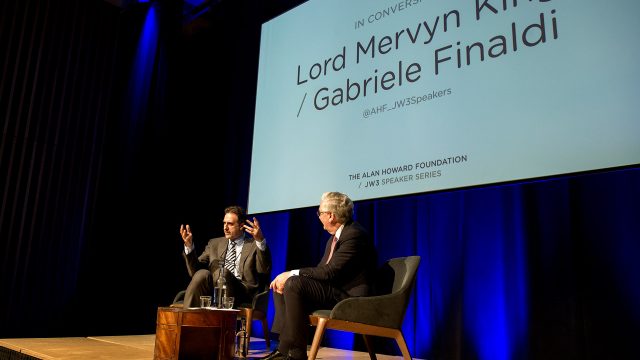 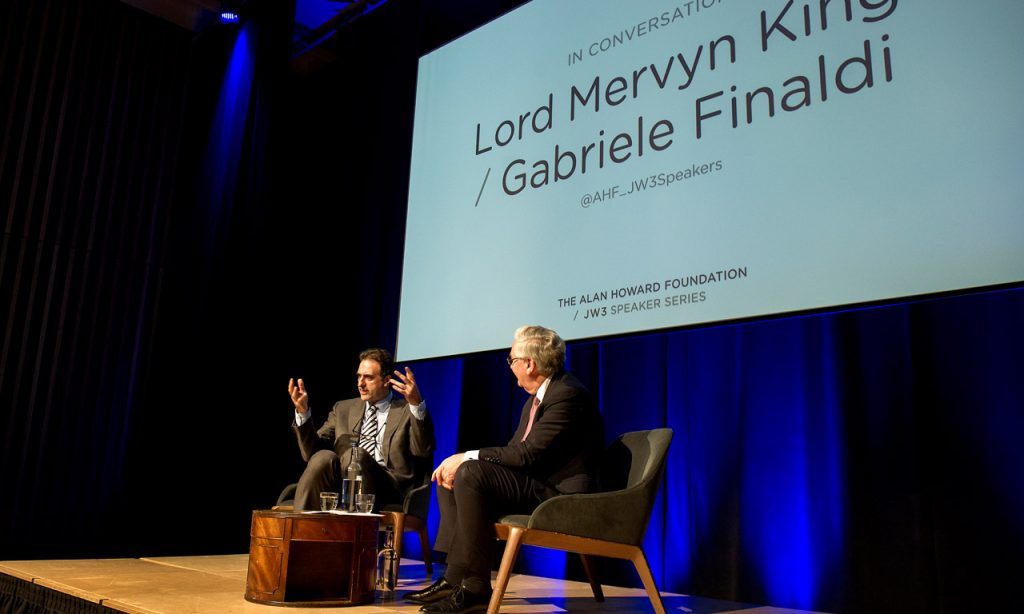 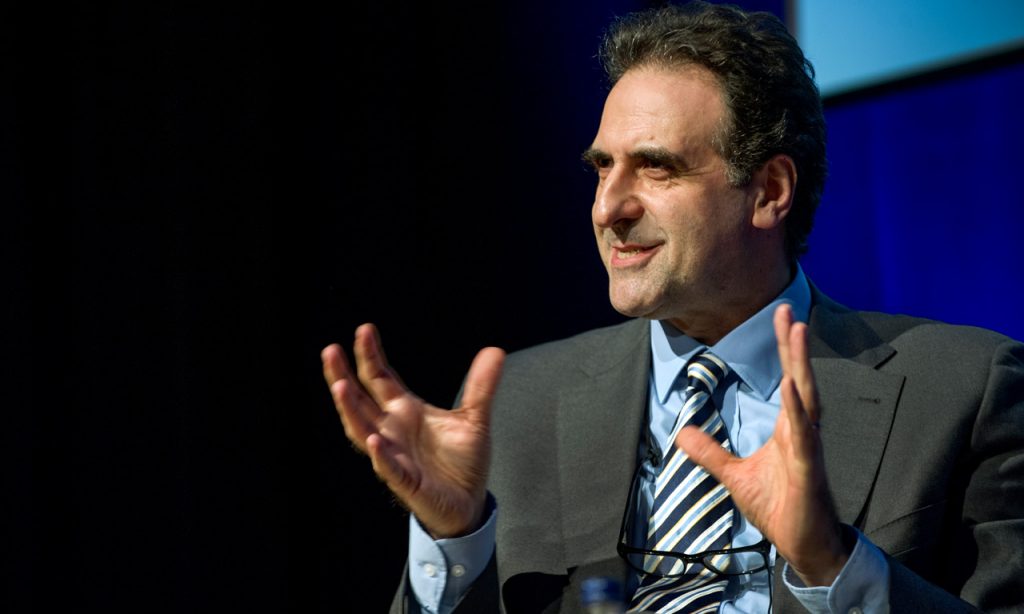 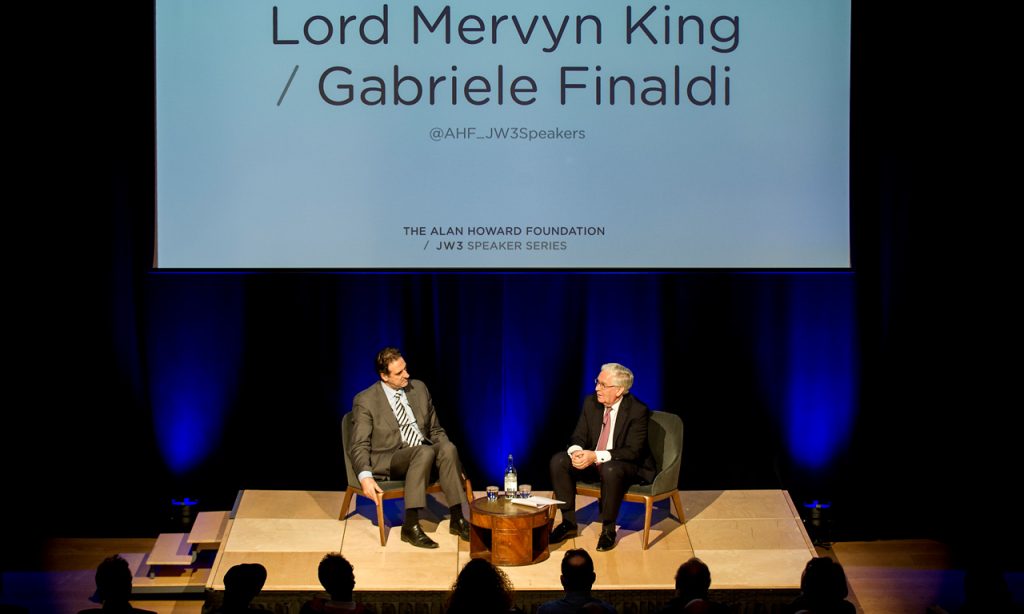 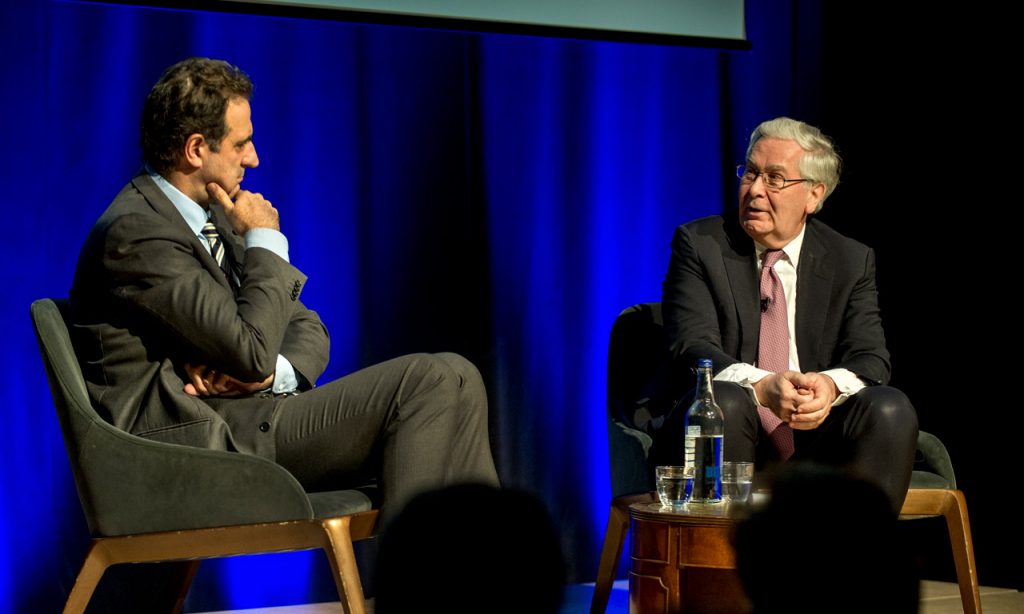 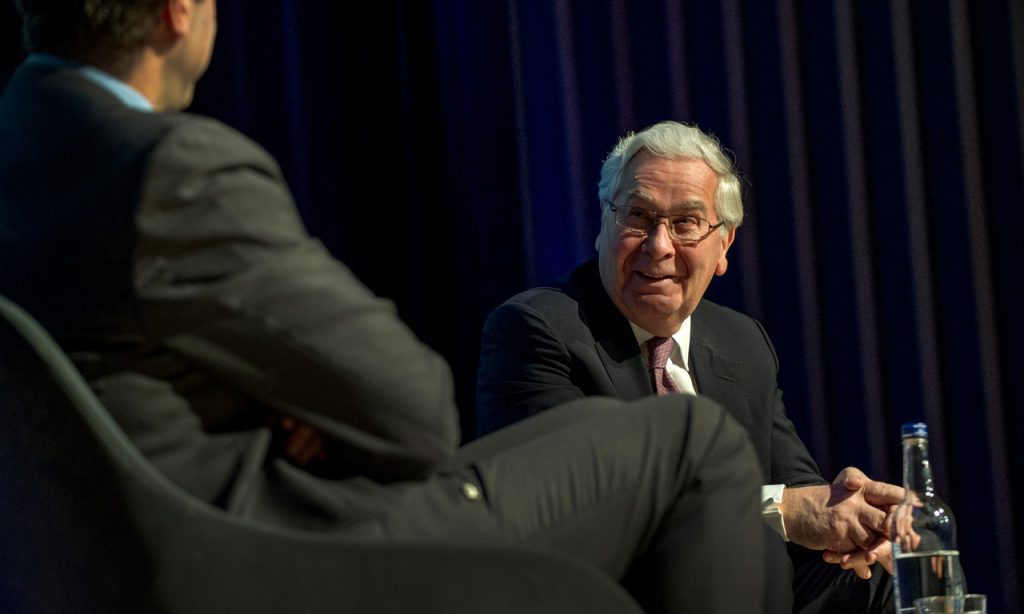 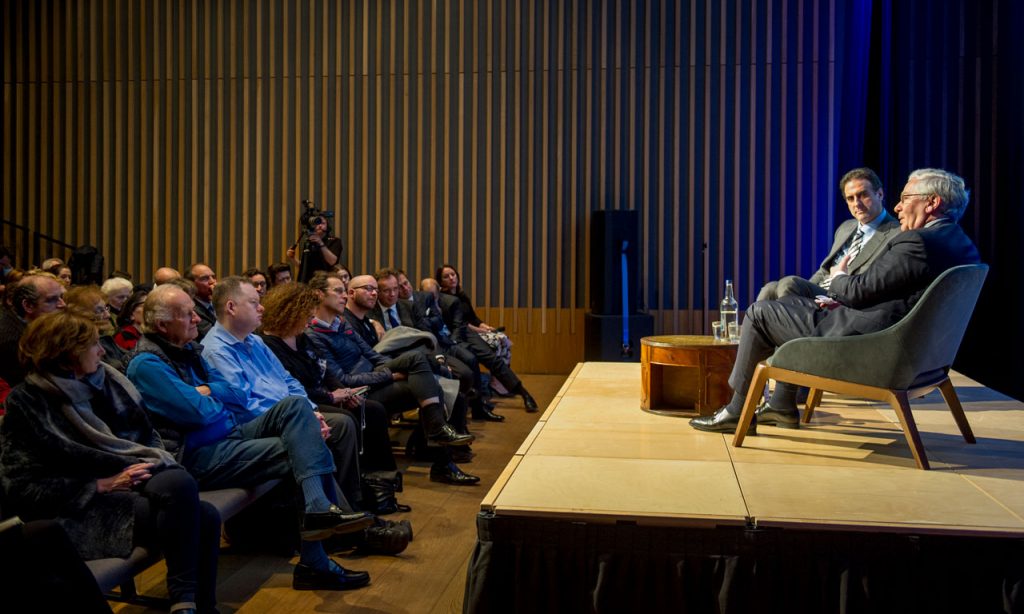 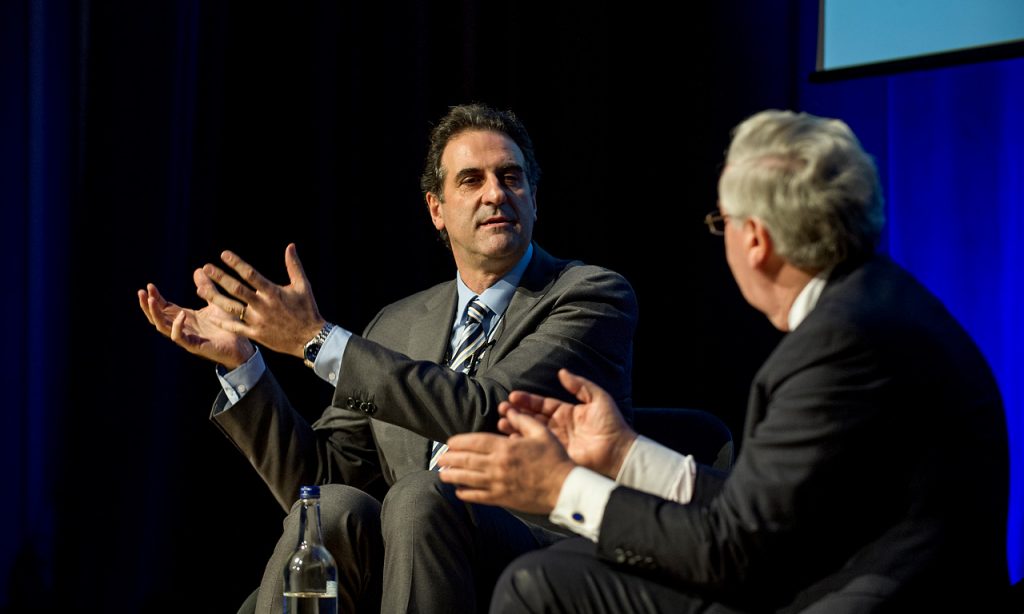 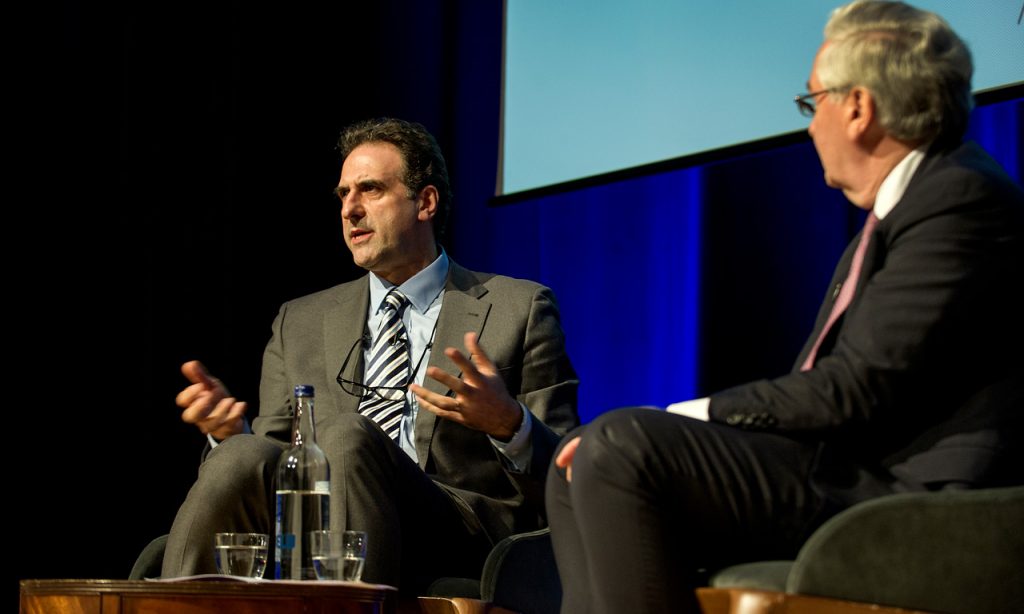 Lord Mervyn King is the former Governor of the Bank of England and Chairman of its Monetary Policy Committee and current Trustee of the National Gallery.

Dr Gabriele Finaldi is a British art historian and curator. Since August 2015, he has been director of the National Gallery in London, England.