Former Prime Minister Tony Blair addressed a packed audience at JW3 in Hampstead on Monday 6 February, ranging across subjects as diverse as Brexit, the future of the Labour Party and the impact of radical Islam.

In conversation with Tania Bryer, host and executive producer with the CNBC news channel, the ex-Labour Party leader talked about the work of the Tony Blair Faith Foundation in countering religious extremism and in promoting open-minded and stable societies.

He described the threat of extremism in the Middle East, and in particular the deep roots of Islamism: “I see it as an essentially a totalitarian ideology that is very hard to compromise with,” he said. “We’ve got to develop a regional alliance against it, because where you get more tolerance and more rule of law, you get a more successful economy and a happier society.”

Blair spoke of his deep involvement in Israeli politics, having made 252 visits to the country since leaving office 10 years ago, 40 of them in the past year.

He accepted that as an outspoken pro-European, he was not even handed on the subject of Brexit. Pressed on its possible consequences, he spoke of the increased demands for Scottish independence and the danger to the Northern Irish peace process.

“You do need some control on the movement of people applied in a stricter and clearer way, but if we end up believing that the answer to our problems is to crack down on immigration and to go protectionist and to go isolationist then we are making a fundamental mistake,” he insisted. “History shows that countries who move in that direction in the end do worse – less growth, fewer jobs, fewer opportunities.”

Only a vibrant and energetic opposition can play an effective part in the Brexit debate, said Blair. Labour, he believes, must again become a party of government rather than a party of protest.

Blair concluded the discussion with a robust counterblast to the rise of anti-semitism: “It is happening, and it is shocking and shameful. It’s not just about violence or damage to buildings, it’s about every insult that is levelled. There must be zero tolerance of this.” 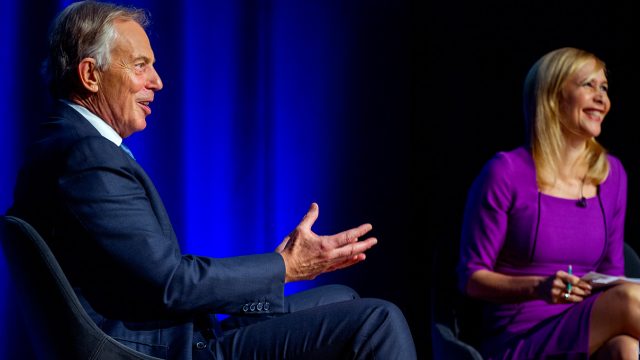 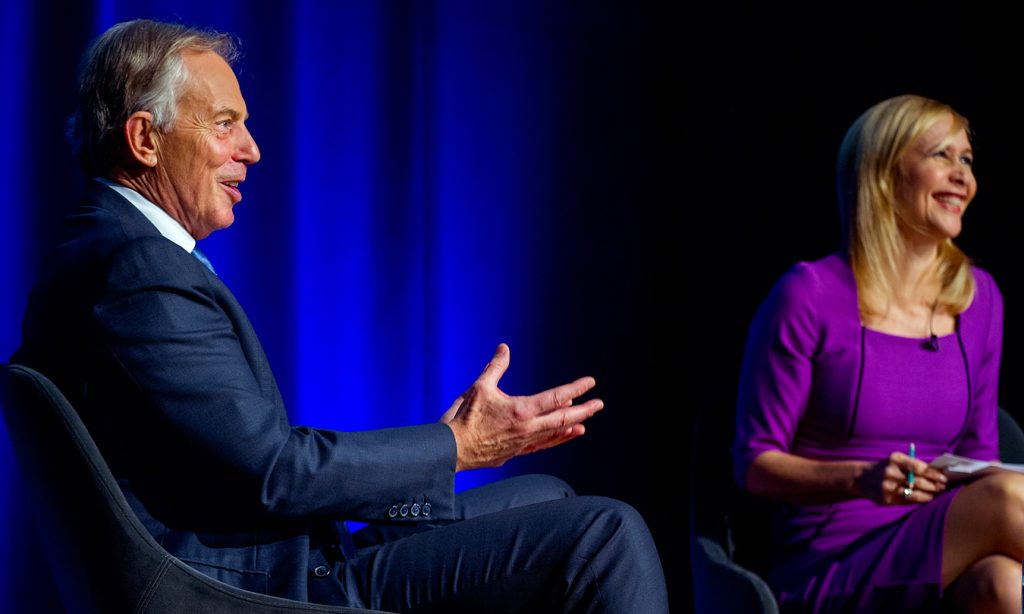 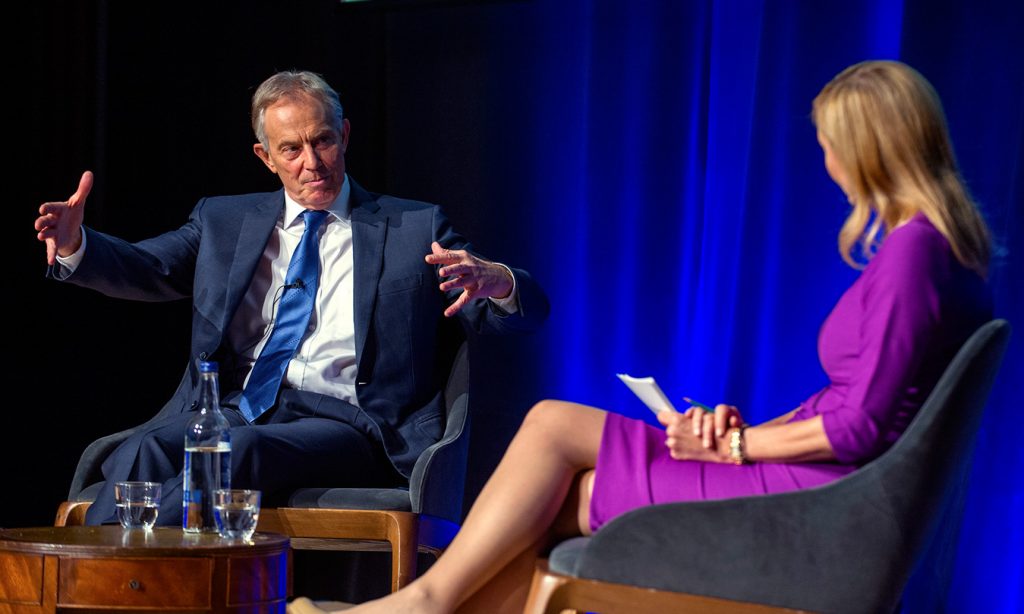 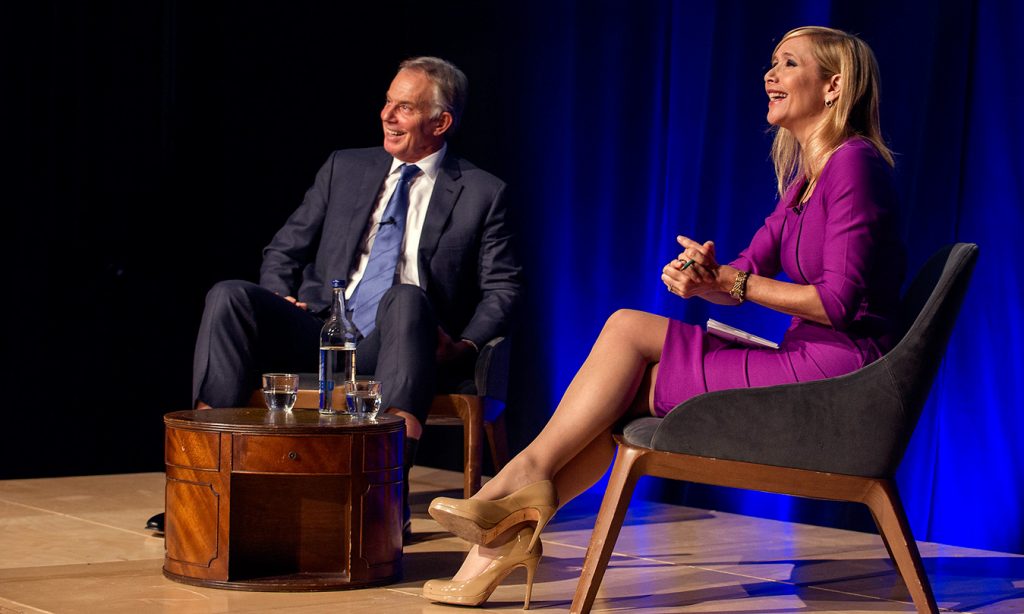 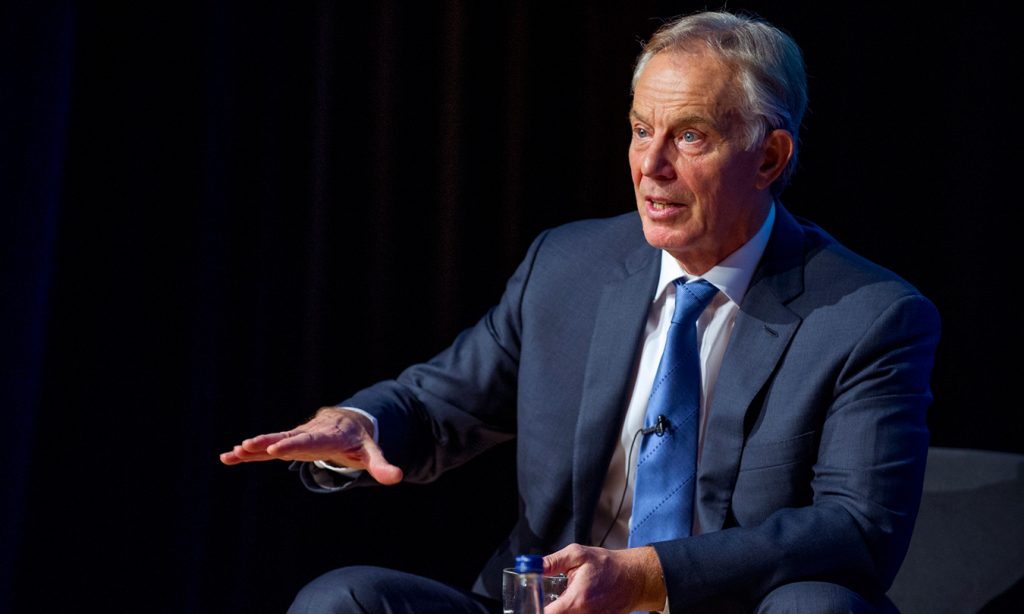 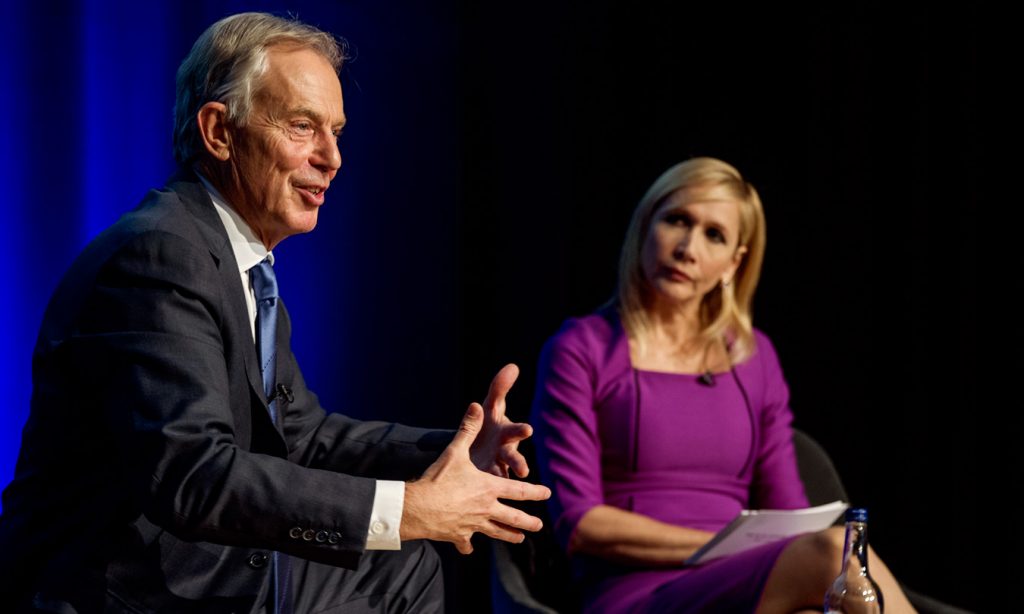 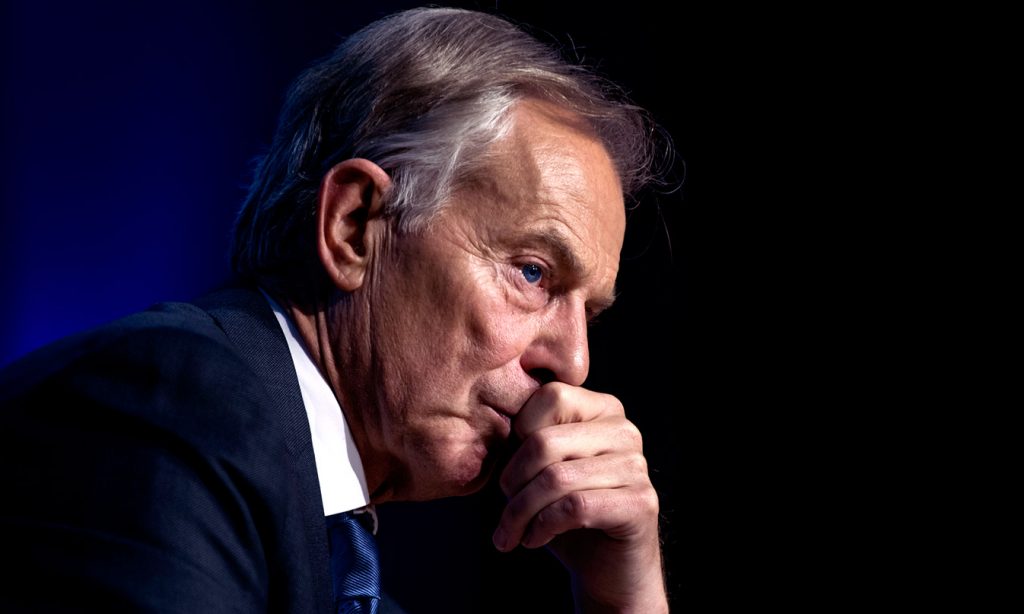 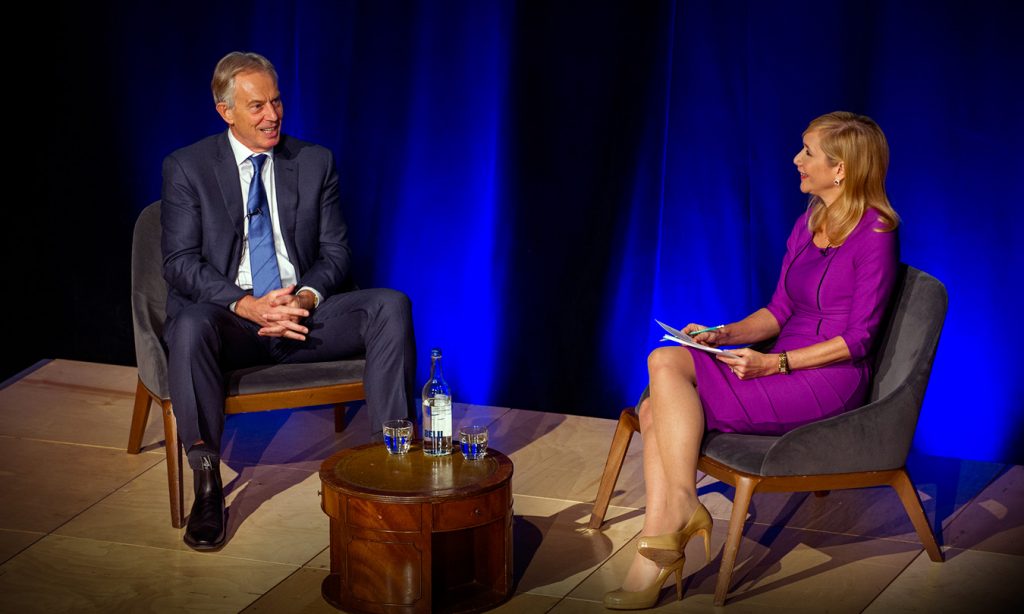 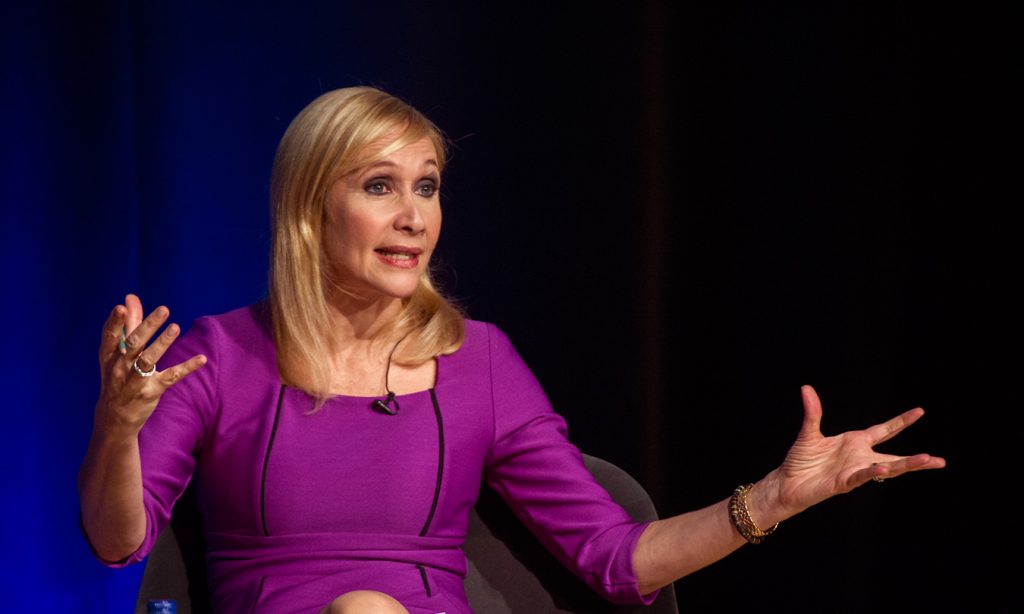 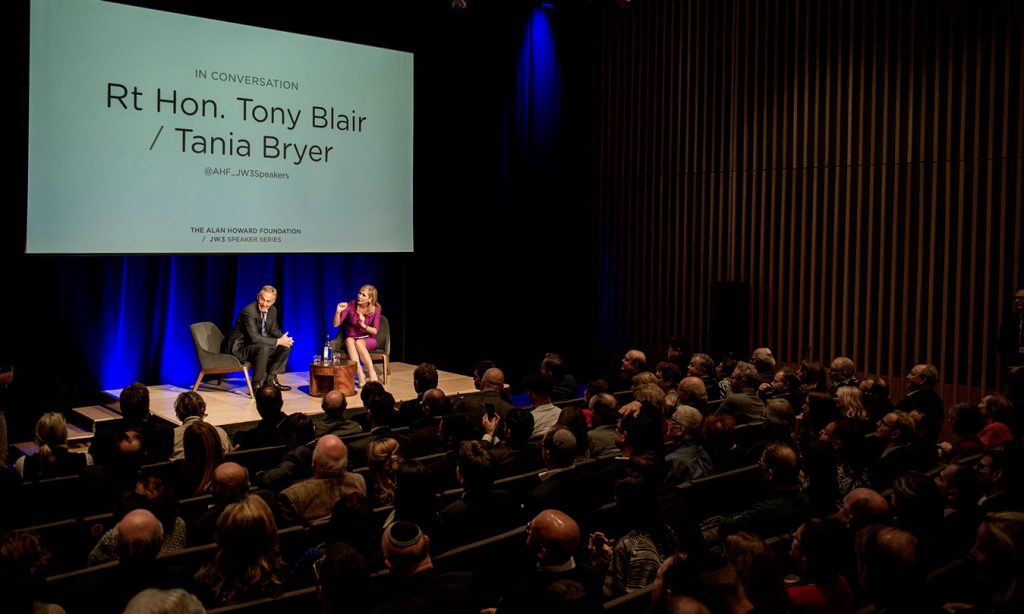 Tony Blair served as Prime Minister of Great Britain and Northern Ireland from 1997 to 2007, the only Labour leader in the party’s 100 year history to win three consecutive elections.