After the 2010 election he became Prime Minister of a coalition government, which turned around the UK economy and radically reformed public services. In 2015 he won the first outright Conservative majority for 23 years. A year later, he resigned after the referendum he called on Britain’s membership of the European Union resulted in a vote to leave.

David lives in London and Oxfordshire with his wife Samantha and their three children, Nancy, Elwen and Florence. His focuses since leaving office include international development, youth volunteering and technology-driven sectors such as fin-tech, biotech and AI. He maintains his commitment to defeating dementia as president of Alzheimer’s Research UK. 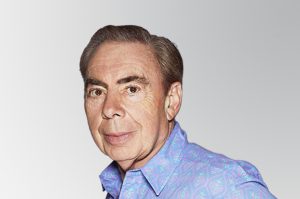 Andrew Lloyd Webber is one of an elite group of artists to have achieved EGOT status by receiving an Emmy, four Grammys, an Oscar and eight Tony Awards.