After almost two years, the JW3 Speaker Series kicked off again this week with award-winning architect, Lord Norman Foster, in conversation with broadcaster, Tania Bryer. Throughout their exciting discussion, Lord Foster reflected on his life and the memorable projects that helped carve out his global career.

With a full crowd at JW3, excited to be back, Tania began by asking Lord Foster about the pandemic and the resulting challenges and opportunities it may have created. Whilst Lord Foster explained that it “brought home the importance of face to face”, he believes that the pandemic has accelerated existing trends and brought about a greater appetite for change in the city. To Lord Foster, lockdown restrictions have made us more aware of community, as we were all made to rediscover the virtues of a walkable neighborhood. He explains, “We now want to make the city more pedestrian friendly, safer, quieter, and hopefully greener.”

Sharing his vision for the future, Lord Foster explores the idea of repurposing spaces and recycling buildings in order to create a more equal and more balanced city – returning the city to “more traditional roots”, where those who made the city work were no longer forced economically to its fringes. Lord Foster explains, “If we are talking about sustainability, the big message that we need to get over to political leaders is the importance of the compact, dense, walkable, pedestrian-friendly city and the perils of the sprawling city.”

Sustainability has been a focus of Lord Foster’s since the 1960s. He explains how he was made aware of the earth’s fragility from the photo of Earthrise taken during the Apollo 8 mission, as well as the work of Buckminster Fuller, who Lord Foster later had the privilege of working with on Fuller’s first UK project. Lord Foster, who describes himself as being “under the influence” of Fuller, carries this theme of sustainability with him throughout his decades-long career.

“If we are talking about sustainability, the big message that we need to get over to political leaders is the importance of the compact, dense, walkable, pedestrian-friendly city and the perils of the sprawling city.”

Tania takes Lord Foster back further to his childhood growing up in Manchester. Reflecting on school art classes, Lord Foster explains that he has “always been passionate about architecture” and would draw curtain walls from an early age ­– drawings which can now be found in the archives of the Norman Foster Foundation. Lord Foster goes on to explore the challenges of leaving school at 16 and the unconventional journey he went on from national service to getting a place at university to study architecture. Later, with a scholarship to Yale University, Lord Foster explains how this “life changing experience” and the lecturers he had there influenced his work dramatically.

Although Lord Foster’s extensive career spans remarkable work across the globe, Tania was keen to discover which projects in particular stood out both personally and professionally. Lord Foster explains that he values different buildings for different things, but his first public building, the Sainsbury Centre for Visual Arts in Norwich, with Sir Robert and Lady Lisa Sainsbury, who later became “almost like grandparents”, remains special to him because of the way it challenged preconceptions. In addition, the Reichstag building in Berlin since it’s zero-carbon, which was revolutionary in the 90s, and made public space to create a new relationship between the public and politicians. Lord Foster poignantly explains, “I think it has become a symbol of the city, and the nation, as a reunified Germany.” After discussing Lord Foster’s reinvention of the terminal building, most notably with London Stansted Airport, Lord Foster identifies that the word “patronage” starts to weave its way through these different examples. He explains “A project needs a champion; it needs somebody who is prepared to challenge and drive it. It is never about money. It is totally about attitude of mind.” Lord Foster goes on to explore his creative process, and how it is fuelled by both these champions and the mission and values of a project.

“I think it has become a symbol of the city.”

Closing with a question from the audience, Lord Foster was asked if there was a project by another architecture that he wish had been his, to which he replied with a smile, “it wasn’t built by an architect, it was built by a gardener – the Crystal Palace of 1851.”

An international figure in architecture and urban design, the architect Daniel Libeskind will be in discussion with Tim Marlow, who joined the Royal Academy of Arts in 2014 as Artistic Director.

Emilia Kabakov is part of the artistic duo, Ilya and Emilia Kabakov, the Russian-born, American-based artists, whose milestone exhibition opens at Tate Modern this autumn. 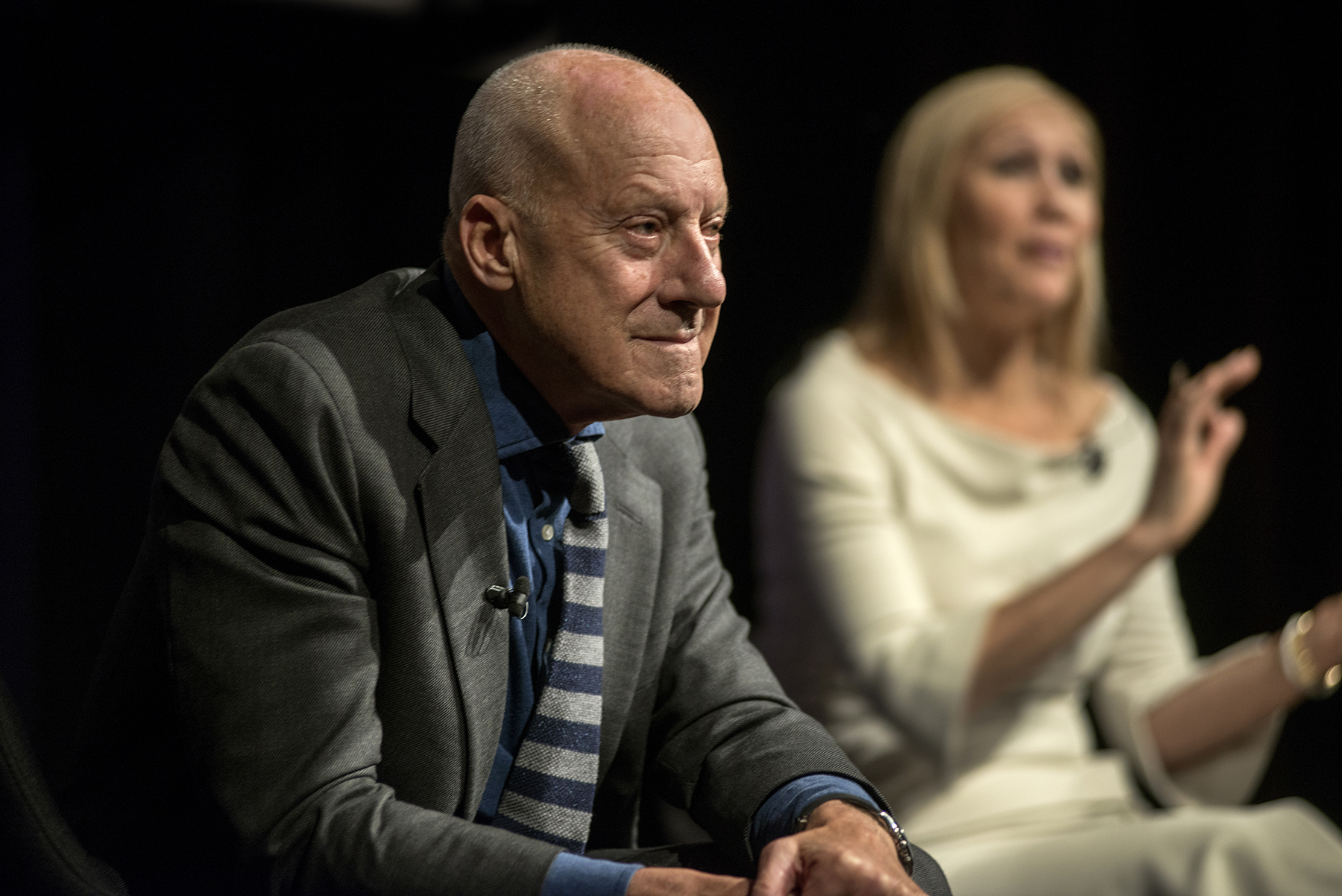 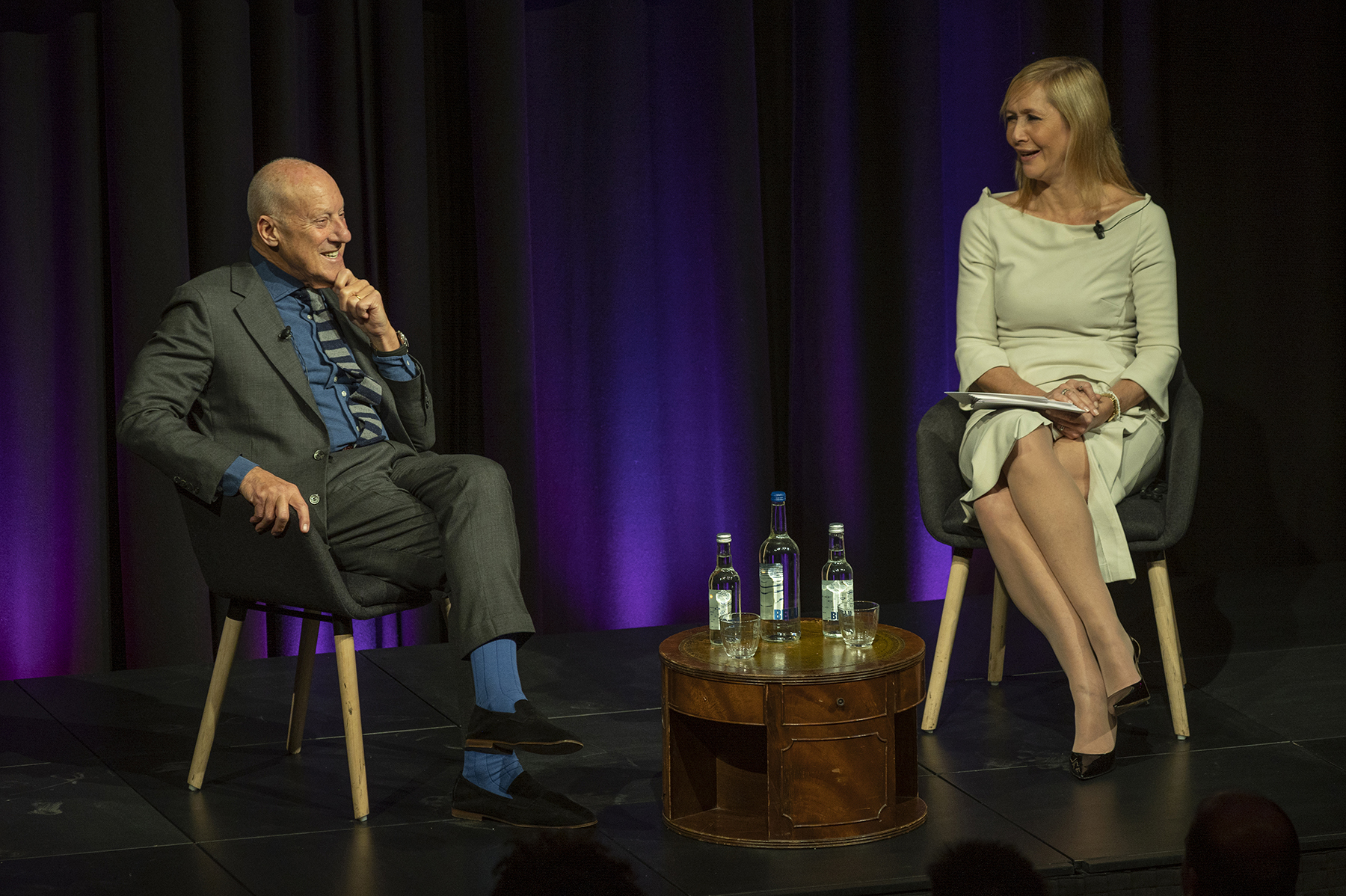 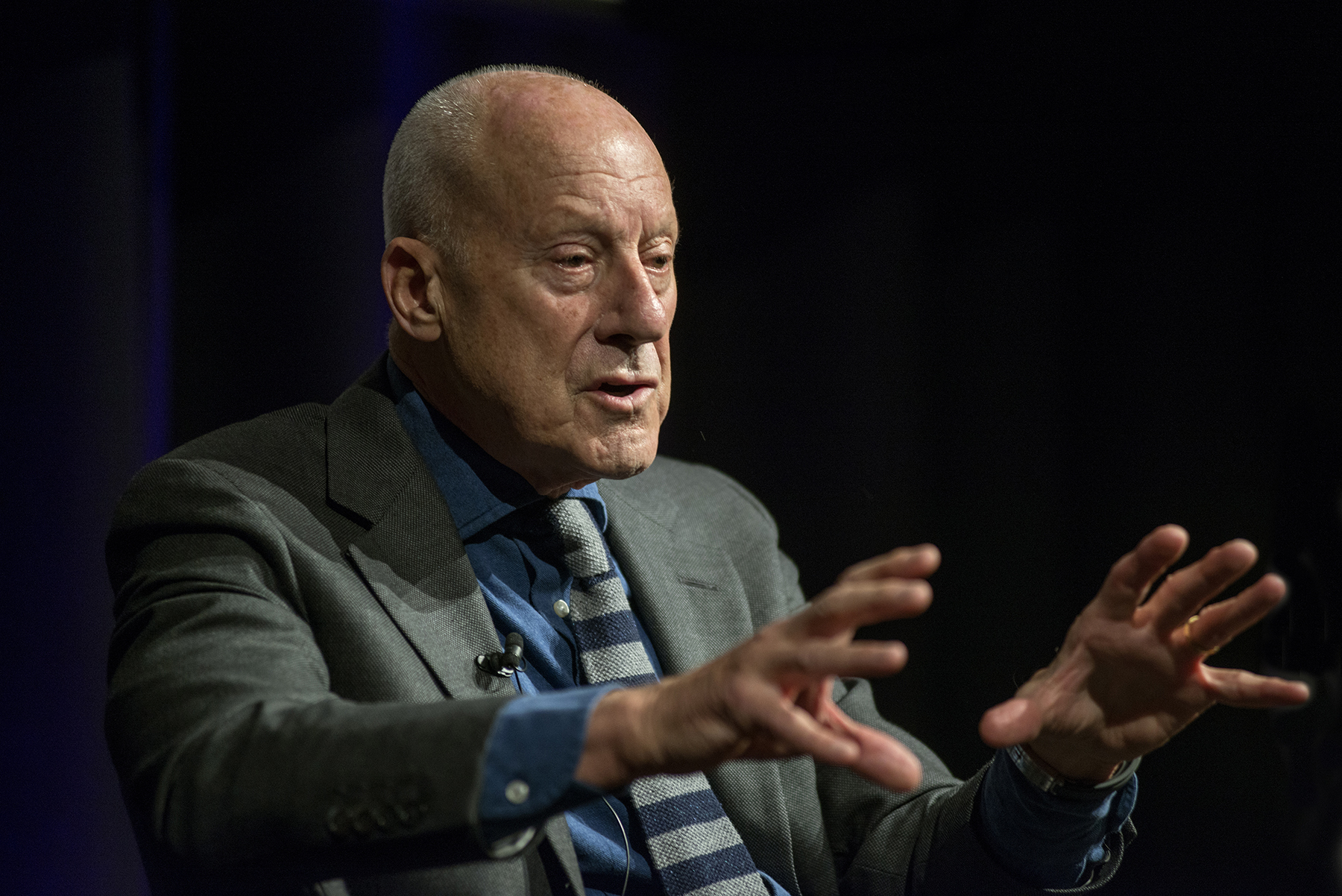 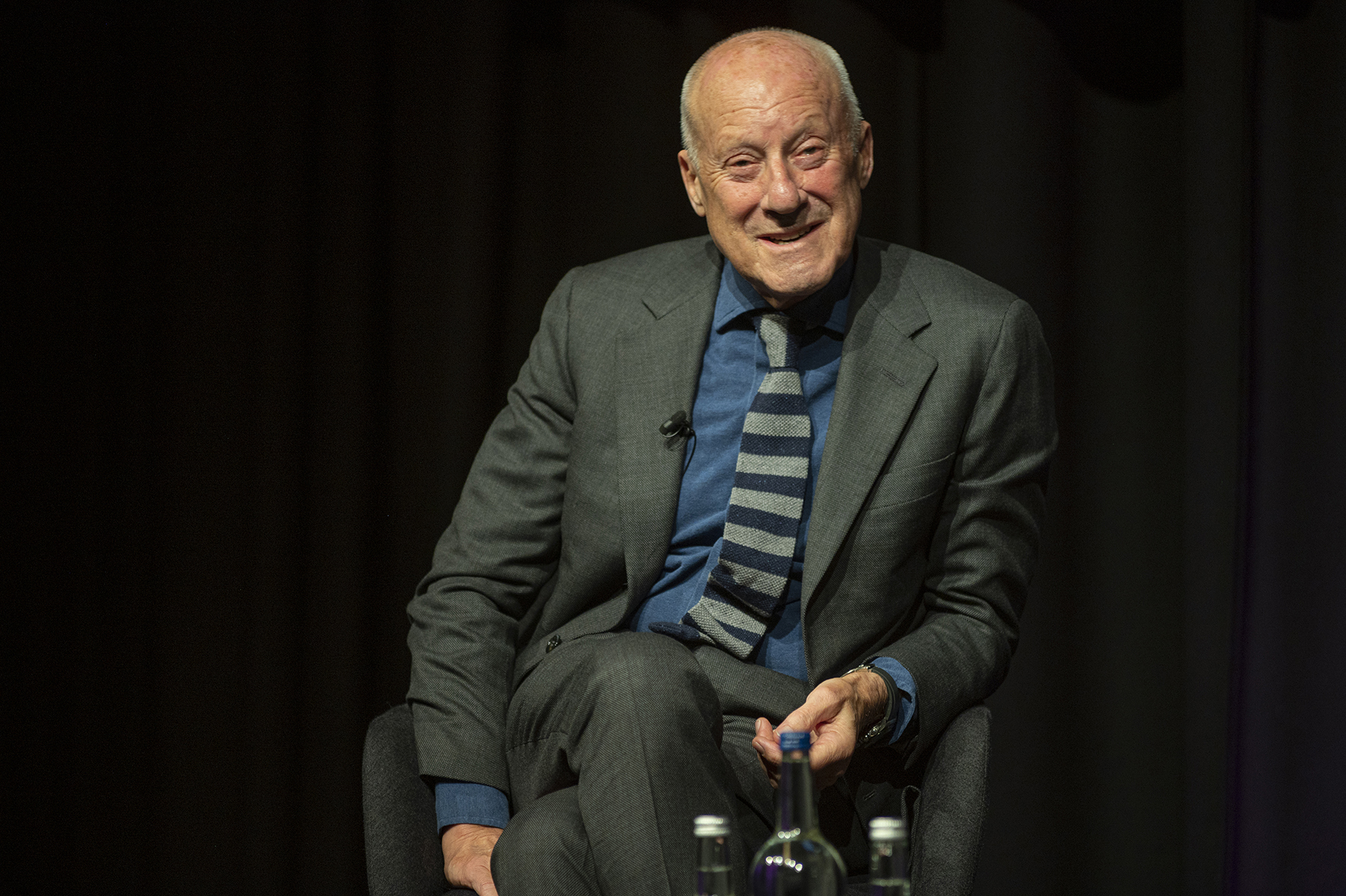 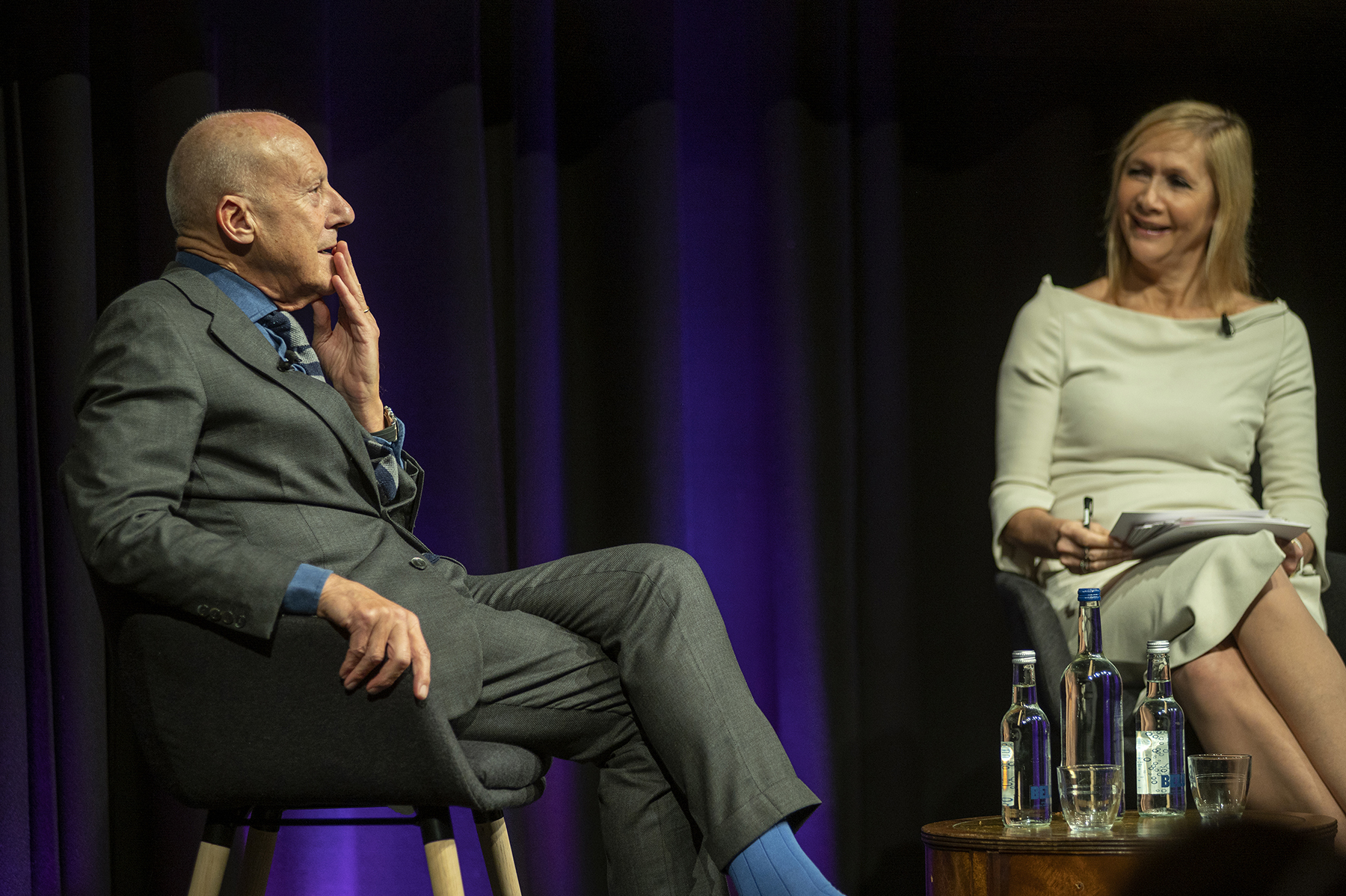 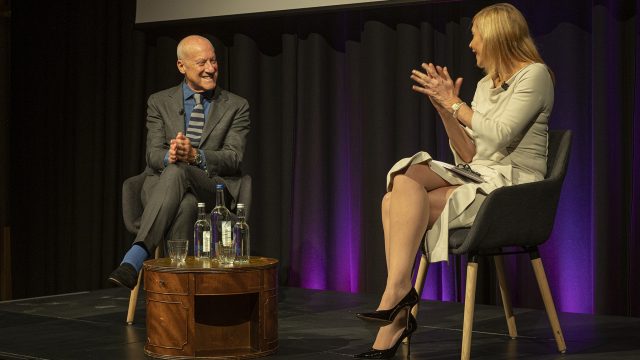 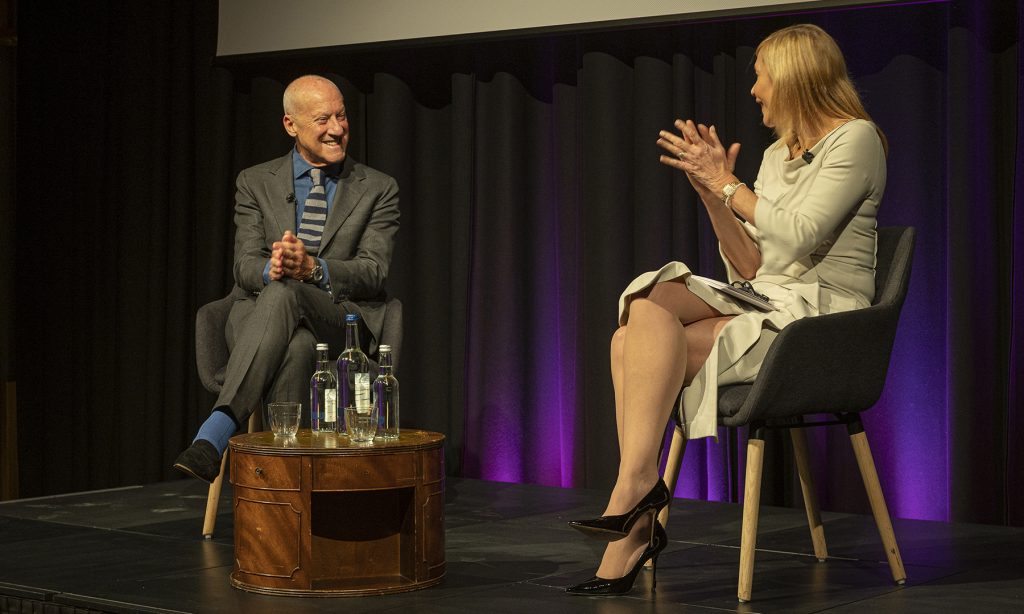 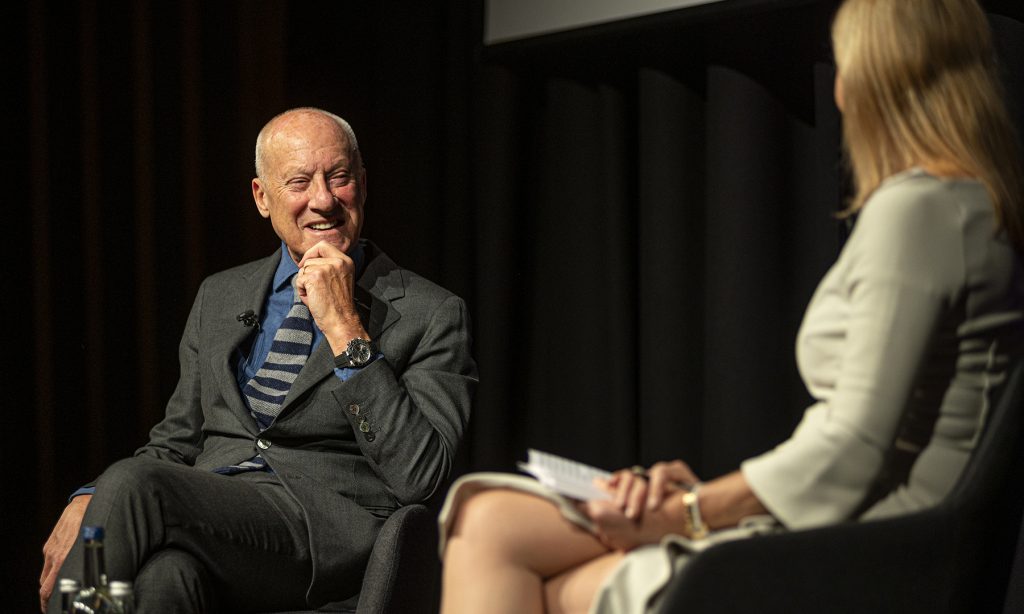 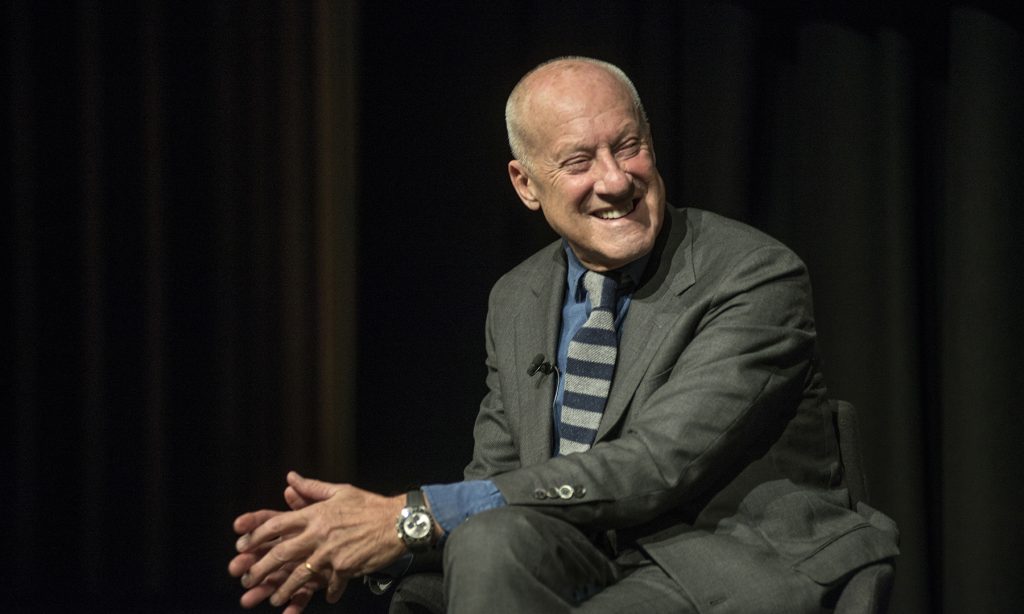 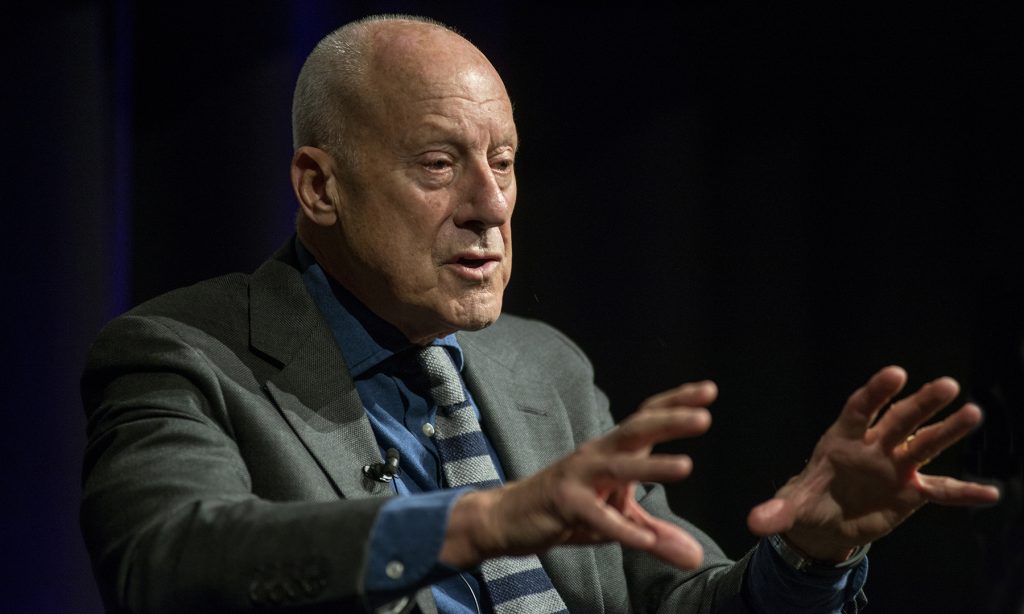 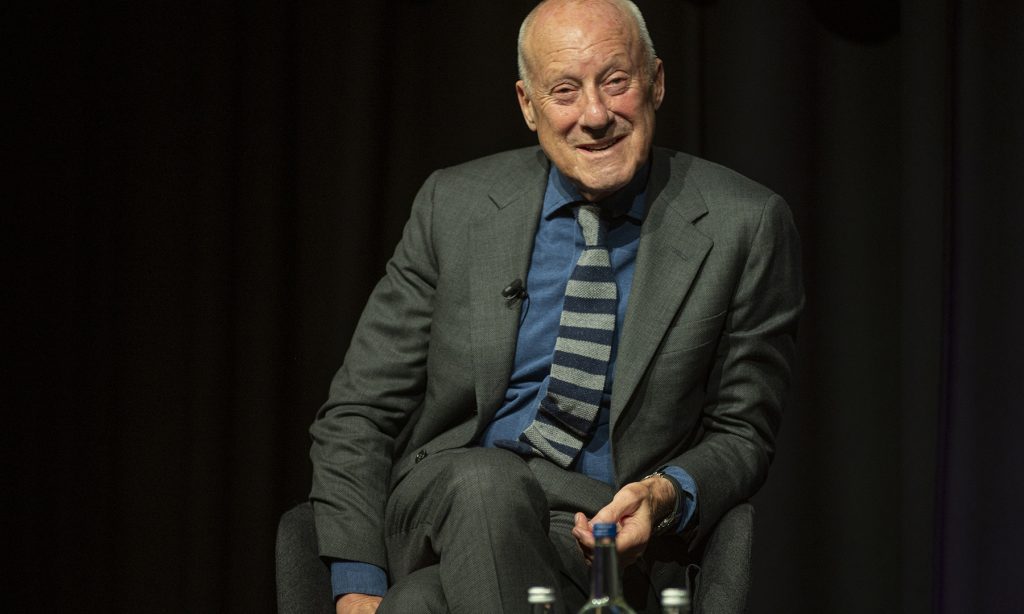 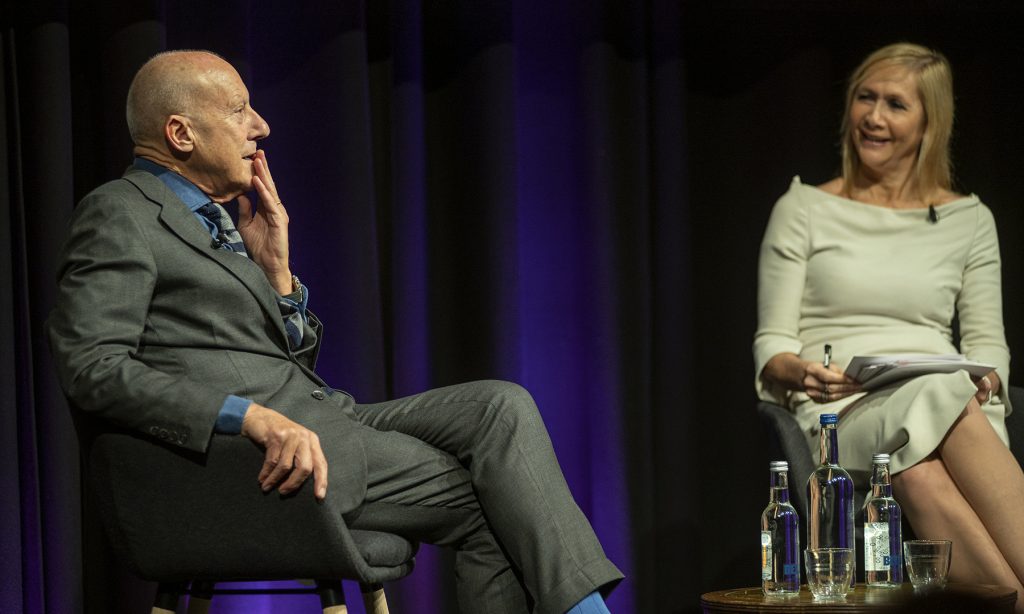 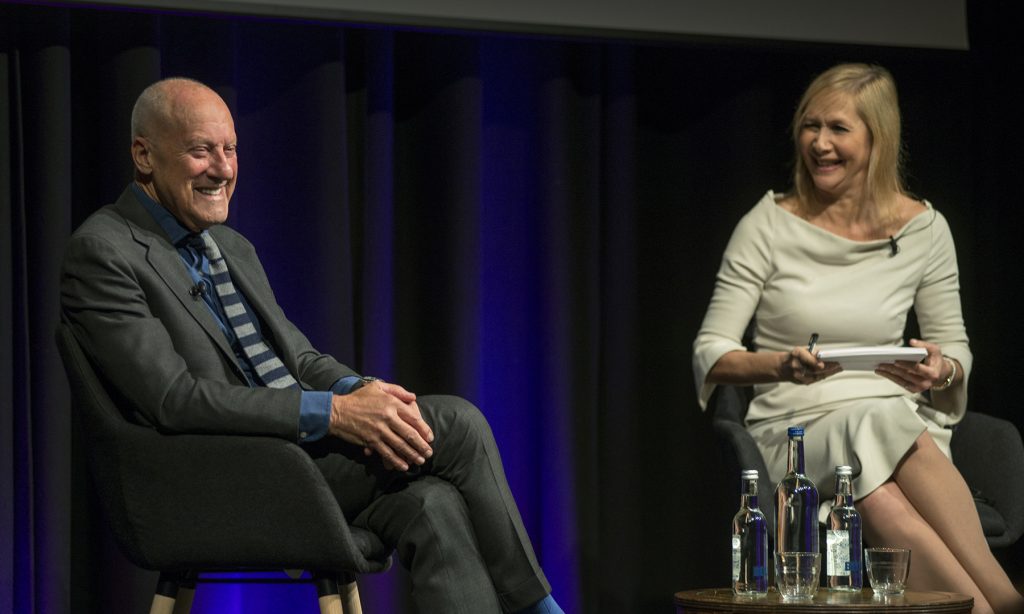 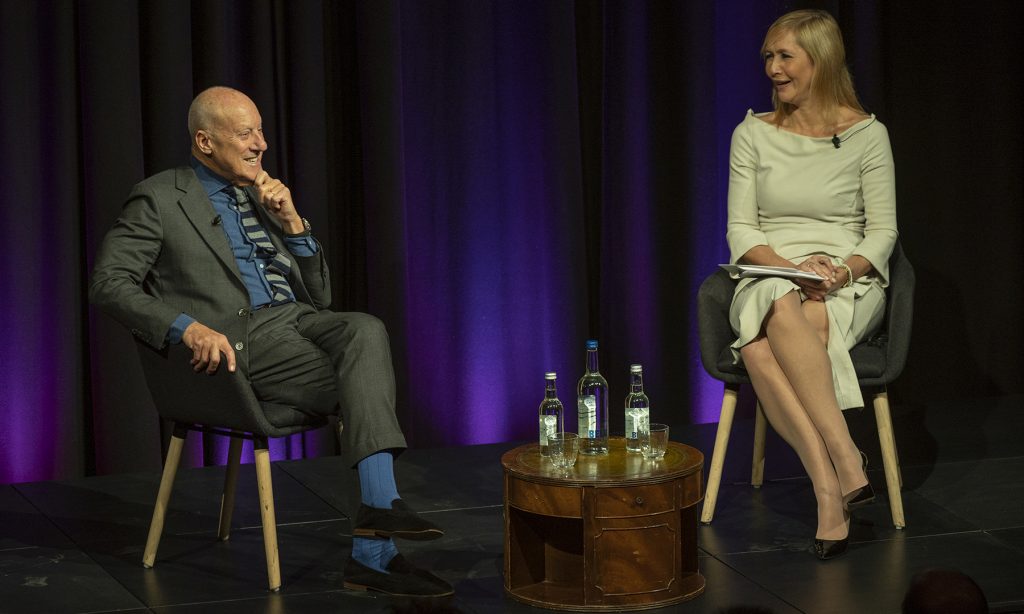 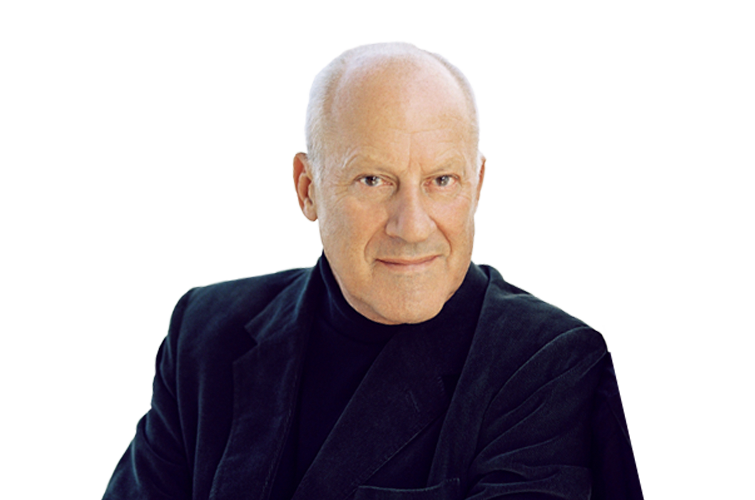